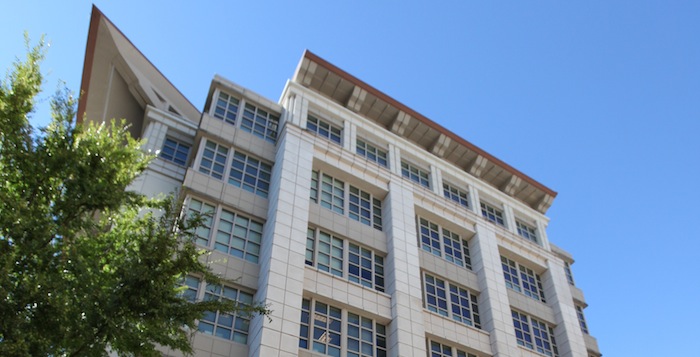 “When an institution cannot comply with the meager protections of federal animal welfare laws, it has no business receiving taxpayer dollars. Enough is enough: NIH must bar the university from receiving any additional funding,” the statement from PETA Vice President Alka Chandna reads.

The statement cites multiple federal reports, the most recent being a Sept. 19 U.S. Department of Agriculture Animal and Plant Health Inspection Service report of the Whitehead Biomedical Research Building. A vole was found dead in its cage due to the improper placement of a water bottle in its cage, according to the report, which was obtained by the Wheel.

PETA’s statement also cites the improper tagging on the ears of mice. Emory informed NIH of the incident and took the required actions in response to the infraction, according to a letter from Acting Director of the Division of Compliance Oversight at the Office of Laboratory Animal Welfare (OLAW) at the NIH Brent Morse.

“OLAW believes that the corrective and preventive measures put in place by Emory University are consistent with the provisions of the [Public Health Service] Policy on Humane Care and Use of Laboratory Animals,” the letter reads. “We appreciate being informed of this matter and find no cause for further action by this office.”

The PETA statement also references an incident of improper euthanization from May 2018, in which a rat that was euthanized along with other rats was found alive in a carcass freezer. Following the incident, Emory has since changed its procedure for the euthanization of rats weighing over 400 grams, according to a letter from Emory to Morse.

In an Oct. 18 email statement to the Wheel, Assistant Vice President of Reputation Management Laura Diamond said the University is committed to upholding ethical practices.

“Emory University fully understands its obligation to ensure the health and well-being of our research animals and will continue to partner with regulatory agencies to ensure our science is sound and safe in our pursuit of improving human and animal health and lives worldwide,” the statement reads. “We remain committed to regularly reviewing our animal care program, self-reporting any concerns and implementing quality assurance measures and personnel training programs to provide the highest quality and humane care for the animals involved in University research programs.”

Senior News Editor | [email protected]mory.edu Ninad Kulkarni (22C) is from Hyderabad, India, majoring in economics and mathematics. Outside of the Wheel, he is involved in undergraduate research and is a teaching assistant. You can catch him cheering for Bayern Munich and making poor attempts at playing sports.