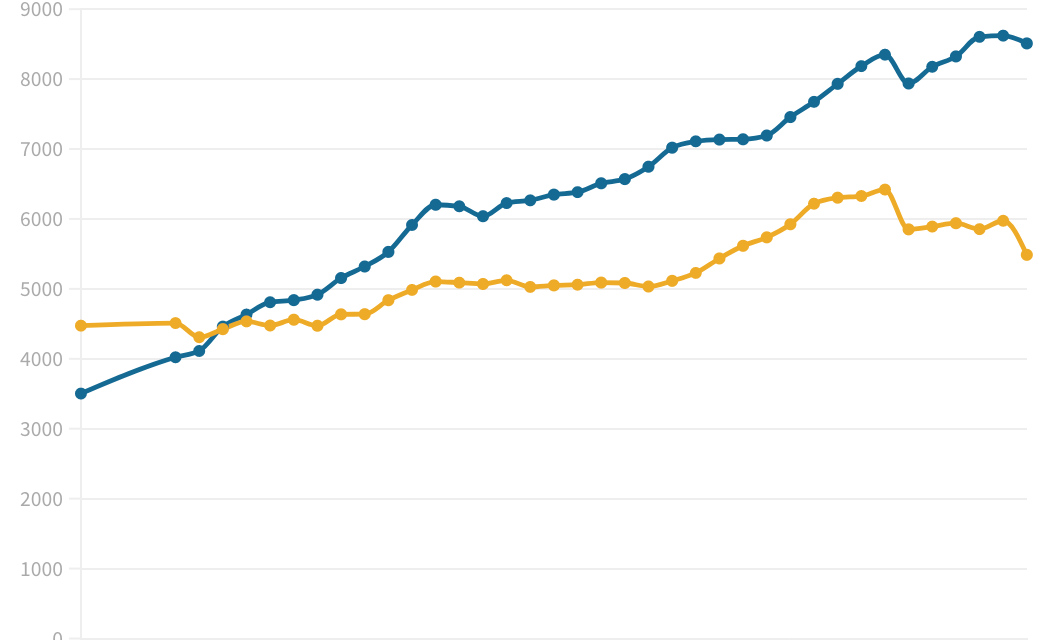 While one of Emory University’s first female graduates enrolled in the Lamar School of Law in 1917, it was not until 1968 — over 50 years later — that Emory College hired its first full female professor, Lore Metzger, a professor of English and comparative literature. It was another 12 years until the number of women entering Emory College was on par to the number of men in 1980, after quotas on female acceptances were abolished by College faculty in 1971.

This male/female ratio has since continued to increase for women, with the number of women eventually exceeding that of men. Since 2016, Emory has consistently seen over 57% of its undergraduate student body made up of female students, a trend that is representative of an increase in women attending higher education in the United States.

In 1978, women comprised 49.9% of the total number of students attending post-secondary institutions, according to the National Center for Education Statistics. In the decades since, that figure has grown to 57.4% in 2019, with projections at least holding at those levels until 2029.

“It’s deep cultural and economic forces in the country,” Dean of Admissions John Latting said. “Emory is in the marketplace, [we] can’t exempt ourselves from those forces.”

Director the Center for Women at Emory (CWE) Chanel Tanner said that the changing ratio didn’t represent more women attending college, but rather that men are enrolling at slower rates.

Emory’s gender enrollment gap could be attributed to a number of reasons, including variations by academic discipline, Latting said. For instance, the University does not have an engineering school, a discipline that is male-dominated.

In 2018, 622,502 students were enrolled full-time in undergraduate engineering programs with 131,937 degrees awarded, according to the American Society for Engineering Education. Women earned 21.9% of these degrees, with similar rates of 26.7% and 23.6% for master’s and doctoral degrees respectively.

“If you excluded the school of engineering for Duke, Penn, WashU or Hopkins, I think you’d get a picture that looks a lot like Emory,” Latting said. “The challenges before Emory are different than our peers who are working with schools of engineering — traditionally they’ve been trying to be more attractive to women, and it’s important that they do that.”

Faculty makeup can also play a factor, according to Tanner, who stated the importance of looking beyond just aggregate enrollment breakdowns and the progression from “diversity to inclusion”.

“I think that as more women get degrees and they’re entering into the labor force and areas not traditionally held by women, there is that shift that has to happen,” Tanner said. “This is where diversity is first, and then inclusion is the natural next step.”

“That is really essential to why graduate education seems to fluctuate at times, but it’s even more important when the economy is lower,” James said. “Women in general value education, and so they have a tendency to go to graduate school when the economy’s bad, they feel like more experience for the career or job they want will be better for them.”

Implementing changes in processes and policy across programs cannot be done across programs in a single step, however. Admissions at the graduate level are decentralized at the University, with each school and program choosing from their own sets of applicants. This makes the process more customized to finding scholars whose backgrounds align with work done in their prospective programs.

Given the slow-moving changes for gender equity amongst university leadership, Tanner said that she was pleased by the amount of female leaders at Emory.

“Emory is incredible, I’m always amazed at the number of women leaders, the women of color leaders, we had a woman president, which is super rare,” Tanner said.

Assistant Vice President of Campus Life Dona Yarbrough, who was a former director of CWE, echoed these sentiments in a March 28 email to the Wheel.