Catfish and the Bottlemen Captivate with Charisma 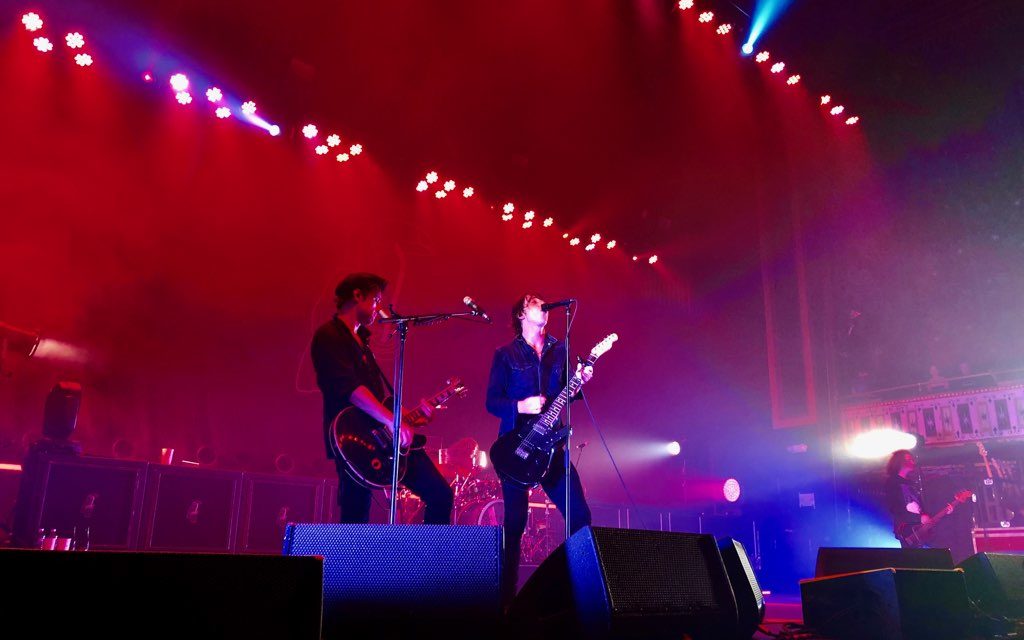 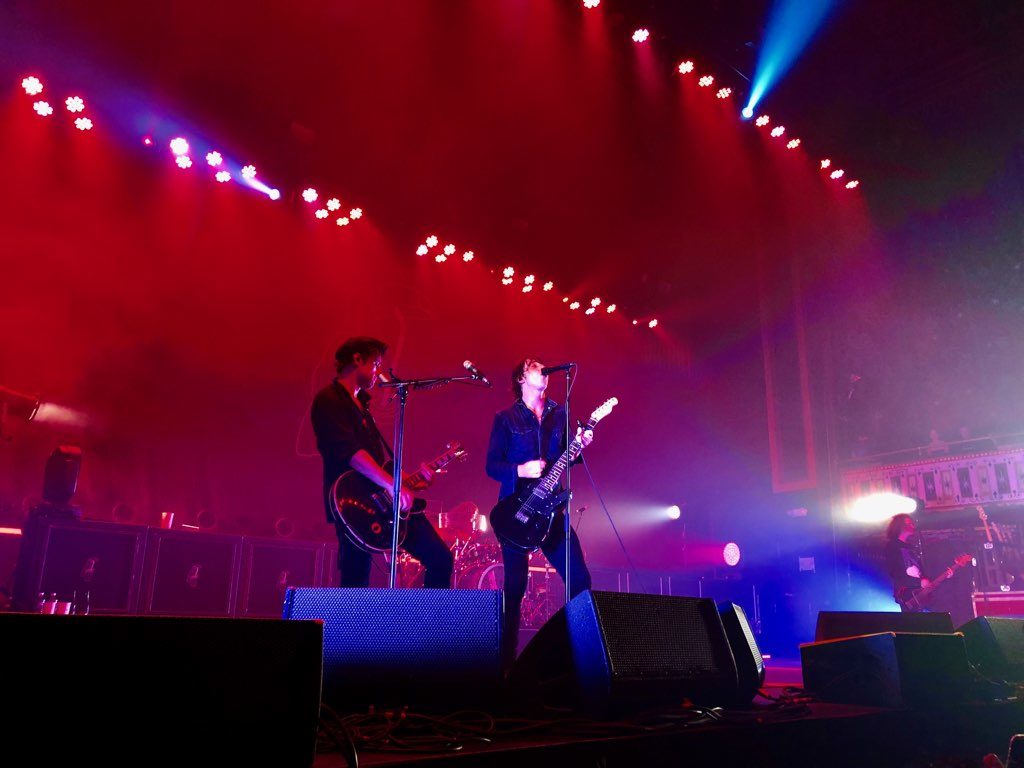 On Oct. 8, indie-rock band Catfish and the Bottlemen delivered a gritty performance to a crowd of screaming fans at the Tabernacle, downtown Atlanta’s historic music venue. Lead singer Van McCann’s rockstar quality was undeniable as he captivated the audience with his charismatic yet humble swagger.

Originally born out of Llandudno, Wales, in 2007, Catfish and the Bottlemen have cycled through several members since their formation. Today, the band consists of McCann, bassist Benji Blakeway, drummer Bob Hall and lead guitarist Johnny Bond. After signing with Island Records in 2014, the band released their debut album, “The Balcony.” Since then, Catfish and the Bottlemen have produced two albums, 2016’s “The Ride” and 2019’s “The Balance.” The band has become a favorite in their native country, with “The Ride” topping the U.K. album charts after its release.

As the venue fell into darkness, the crowd’s excitement was palpable. The room was immersed in emphatic chants as the audience anxiously awaited the arrival of the band. A voice came over the speakers announcing: “Ladies and gentlemen, we are live! It’s time!” The lights flashed red and The Beatles’ “Helter Skelter” blasted over the crowd. Finally, McCann strutted on stage, raising a triumphant fist into the air. The cheering fans overwhelmed the auditorium. A single spotlight fell onto McCann as the band broke into their most recent hit, “Longshot.” Featuring boisterous guitar riffs and a compelling hook, “Longshot” is the epitome of post-punk rock. Catfish and the Bottlemen’s set was dominated by these undeniable indie-rock anthems. Songs like “7,” “Conversation” and “Fluctuate” all follow a similar recipe, showcasing heavy guitar and catchy earworm choruses.

Ultimately, the band does not explore much outside of this structure. This made their set bleed together. Each song was almost indistinguishable from the one previous. The band’s lyrics reflect a similar lack of complexity. With their lyrics covering themes such as relationships, drinking and smoking, Catfish and the Bottlemen are markedly unpretentious. In the song “Kathleen,” McCann speaks to a lover, claiming: “I’ve gotta give it to you/ You give me problems.” Although lacking creativity, Catfish and the Bottlemen know exactly what they are. They have developed a distinct indie rock identity, with their music reminiscent of the ’90s and ’00s guitar bands like Oasis and The Strokes. Their songs are exactly as they appear, undeniably catchy and written to reflect the life of the average man.

Despite little thematic and genre exploration, Catfish and the Bottlemen work because of McCann. Throughout the night, McCann was in complete control of the stage. As the band broke into the first verse of their hit single “Soundcheck,” McCann stepped back from the mic, throwing out an arm and motioning for the audience to finish the words: “In fact, that’s a lie, I want you.” Before jumping into the next part of the verse, McCann grabbed hold of the mic, yelling, “Atlanta!” Throughout the set, McCann continued to compel the audience with his intrinsic confidence. During “Pacifier,” McCann jumped onto the speaker at the front of the stage, shrugging his shoulders as he chanted, “I said she looked overdressed.” Later in the set, McCann leaned into the mic, flipping his hair as he sang, “And I don’t wanna picture our first born,” from “Anything.” Throughout the performance, McCann shined with the qualities of a natural born star. His confidence, combined with his humble allure, gave him a complete command of the venue, evidenced in the crowd’s enthusiastic responses to his presence.

The set came to a close with one of the band’s most emotional songs. “Tyrants,” the first song ever written by Catfish and the Bottlemen, was striking due to its lack of structure and offered a welcome break from the repetitiveness of their other songs. As McCann sang the last lyric of the song, “Tyrants help build us/ They won’t mind throwin’ us away,” the band broke into an explosion of sharp guitar and powerful drums, the lights flashing bright white across the stage in discordance. The audience, matching the energy presented by the band, erupted in cheers while lifting their friends into the air to crowd surf. With the lights still sparkling, the room fell silent. McCann remained on stage, slowing hanging his guitar on his mic stand. He took a moment to look across the crowd. Throwing a celebratory hand into the air, he shouted, “Atlanta – thank you!”

Even as McCann exited the stage, the fans seemed hesitant to leave the venue. The crowd remained transfixed, unable to break away from McCann’s magnetic allure.