Obama Changes Washington At A Distance 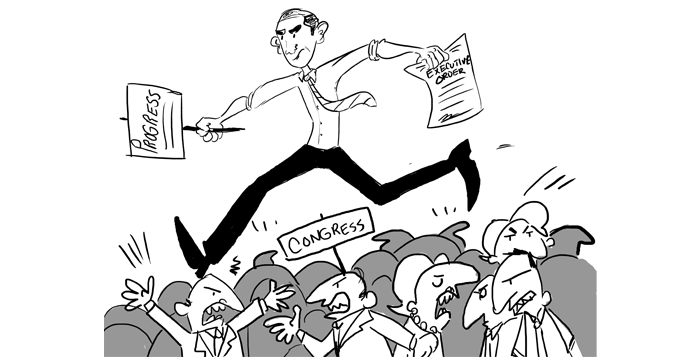 For President Barack Obama, summer was certainly anything but five seconds. While summer slumps certainly aren’t new to him, the now 54 year-old president has had to deal with an explosion of different humanitarian crises originating both halfway around the world and close to home. In order to solve many of these problems, Obama has repeatedly found himself acting on his own on a variety of issues through executive order, such as immigration, LGBT rights and student loans. This has certainly strained the President’s public image and has caused his approval ratings to plummet. However, the Obama years have delivered on many of their promises – including transforming how things are done in D.C.

According to PolitiFact, a significant portion of Obama’s promises were delivered during his first-term legislatively. Large, overarching pieces of legislation such as the Dodd-Frank Act, Race to the Top, the Patient Protection and Affordable Care Act and the American Recovery and Reinvestment Act were meant to fulfill promises Obama made during the 2008 campaign to act on issues like the economy, health care, the environment and education. Even after the 2010 midterms, in which the Republicans obtained a majority in the House of the Representatives, Obama still managed to have legislative victories, such as extending Bush tax cuts after the so-called “fiscal cliff.”

Nowadays, it seems like the paradigm has shifted. Combined, this current Congress has only managed to enact less than 200 bills into law. The House has taken the political flak for this, but the Senate, too, has ignored many of the bills passed by the House. With many legislators itching to match Senator Strom Thurmond’s record 24-hour filibuster, Congress remains stagnant in its ability to get things done.

Most of Obama’s predecessors were keen to their constitutional authority. By the end of their presidencies, both President Bill Clinton and President George H.W. Bush issued 364 and 291 executive orders respectively, whereas Obama has issued less than 150 in his first term as president. What’s particularly notable about Obama’s usage of executive order, however, is how broad Obama has made the executive action seem. A former professor of constitutional law himself, Obama has managed to turn the bully pulpit into a legislative patch for a gridlocked Congress.

Growing increasingly frustrated and worried about his legacy, Obama began wielding his executive authority to enact change normally reserved to legislative action. In 2012, Obama enacted Deferred Action for Childhood Arrivals, effectively delaying the process of deportation for child immigrants. Additionally, Obama has signed a number of executive orders for LGBT rights and has been the first President to sign into law specific protections for transgender individuals. Obama is even vowing to use executive action on economic issues, such as on regulations which would prevent corporations from avoiding taxes by moving funds abroad.

By acting alone, Obama managed to effectively distance himself from Washington. It seems that he isn’t perceived by the public as an executive authority that works with and against Congress, but rather as a separate persona who happens to wield constitutional authority as well. For example, while Obama’s poll numbers hover in the low 40 percents, Congress as a whole is lucky enough to get poll ratings above 15 percent.

While the public has always perceived the executive and legislative branches of Congress as at least somewhat separate, the spread between Obama’s approval ratings and Congress’ is still relatively stark. It shows that while many voters are cynical of President Obama, many more show starker disapproval towards Congress. A result of the increased distrust between voters and Congress has been the rise of “outsider” candidates from both parties, such as David Brat, who toppled then House Majority Leader Eric Cantor in Virginia’s primary. Michelle Nunn, a former CEO of a nonprofit organization, and David Perdue, the former CEO of Dollar General, are currently the two candidates for Georgia’s Senate election.

Ironically enough, this trend has translated into a corroboration of Obama’s promises to transcend Washington to change how business is done – except in a much different way than he himself intended.

This change highlights much of how Obama treats the office of President – as cautious, patient and humble. From his decision to draw back troops in Afghanistan and Iraq to his often refrained commentary on issues facing the black community (both of which have garnered him criticism, Obama’s approach to the presidency has been about being more intellectual than forceful, often involving him walking thin lines and wading carefully through thick waters. Unable to exit his comfort zone by using the bully pulpit more aggressively to force Congress to compromise, Obama has instead chosen to take a different route – which could be termed the so-called “high road” – when it comes to action.

As a student growing up in the Obama era, I can say that it has caused change I can believe in. These last five and a half years have redefined the American perspective on a multitude of issues. While some can claim these years have polarized the country, we are now more aware of many more things than we were before. As a whole we have evolved on issues such as regulation of Wall Street, health care and social inequality (the latest polls have found that now over 55 percent of American support legalizing gay marriage, compared to around 40 percent when Obama was elected).

When looking back on these years, I feel that many will begin to ponder who exactly was the arbiter of these changes. Was it a frustrated electorate? Or maybe it was the doings of a new “silent majority?” I will refrain from giving the President the full credit; however, I do believe that Obama still lived up to many of his promises from 2008, and at least has been an active participant in the change America has gone through. In the end, while Obama can’t say that he effectively rode the coattails of hope and change that catapulted him into office two times, I believe his legacy will be leaving America’s vision in the forward direction. ​
​
-By Somnath Das 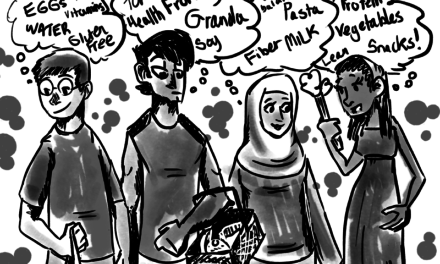 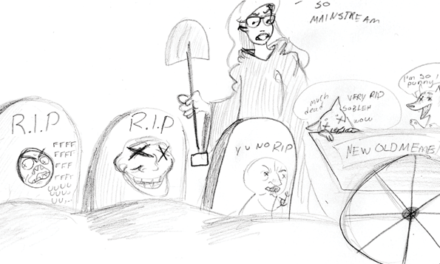