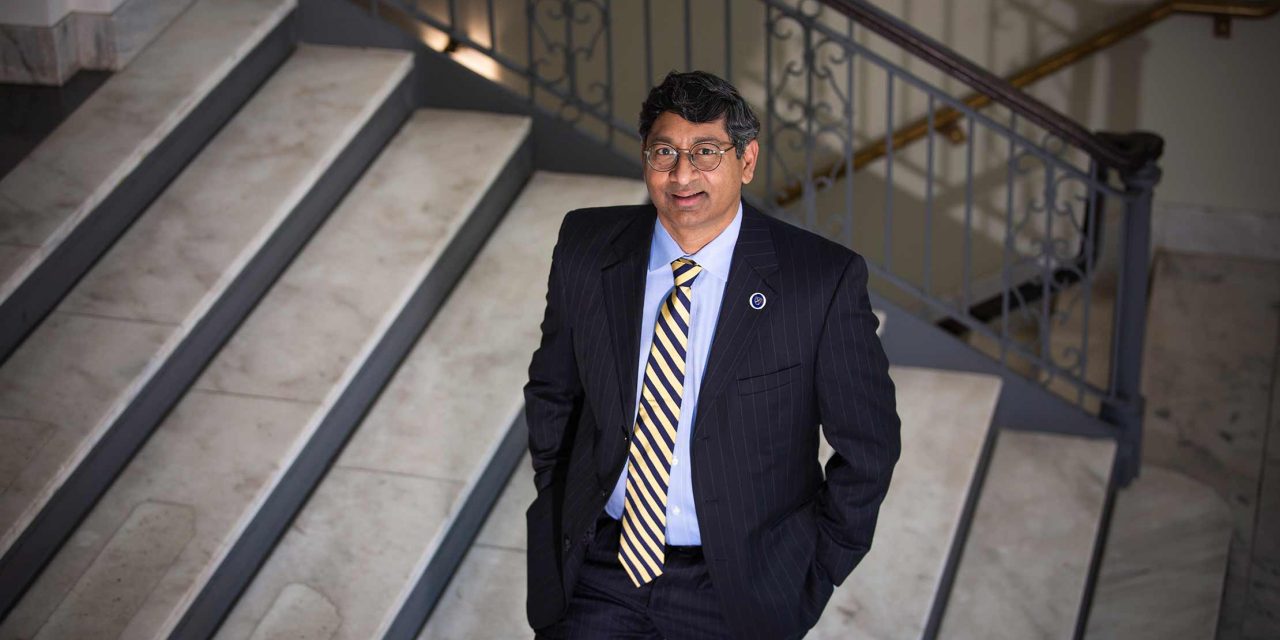 Most recently the dean of Duke University’s (N.C.) Pratt School of Engineering, Ravi Bellamkonda began as a professor at Case Western Reserve University (Ohio). He then moved to the Georgia Institute of Technology and Emory University in 2003, where he eventually became the chair of the Department of Biomedical Engineering from 2013 until 2016, when he left for Duke.

So naturally, when he “ran out of promotions in academia,” as he told the Wheel, he turned to administrative roles.

Bellamkonda, who assumed the position in July, now sees his new position as an opportunity to do meaningful work helping others. 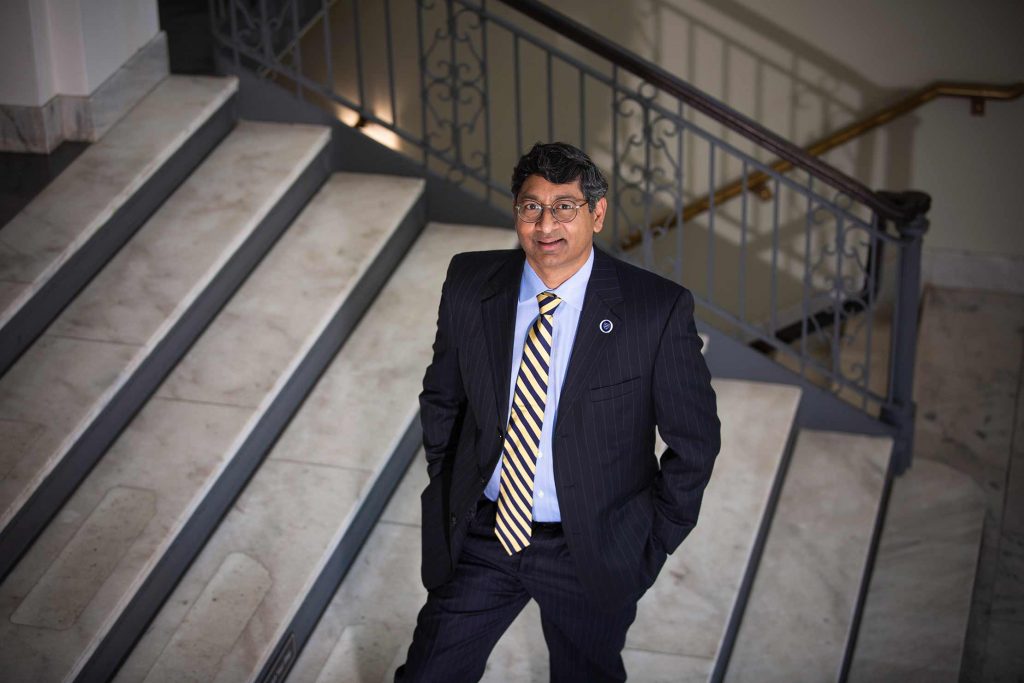 Bellamkonda elaborated that some of the U.S.’s biggest problems, such as climate change, social justice and cancer, can be addressed at Emory.

“The beauty of Emory is that we are a full comprehensive university with law, religion … and amazing sciences,” Bellamkonda. “I think that was very attractive to me, to come back to a setting intellectually broad and equipped to take on problems I think worth taking on.”

As University’s chief academic officer, Bellamkonda is effectively the “COO” working directly under University President Gregory Fenves. This means that he oversees all educational programs, student programs and hiring of faculty, as well as all college deans.

Bellamkonda said he has four main initiatives he wants to address during his tenure as provost: the student experience, research reputation, climate and interdisciplinary work.

He stressed the importance of aiding students beyond their professional ventures to life success as well. To describe this concept, he coined the term “student flourishing.”

“Often we are chasing success and defining it in terms of what we want to do and not who we want to be as people,” Bellamkonda said. “So, I’m very interested in having a set of conversations with faculty, with Campus life, with the dean’s … being intentional about helping our students have this muscle for reflection on the nature of success.”

This work entails establishing a community and building the identity of what it means to be an Emory student. Related to this effort is addressing the nationwide student anxiety and mental health crisis, Bellamkonda emphasized.

Bellamkonda elaborated that interdisciplinary work requires “strong disciplines,” so he has begun efforts with Fenves to make sure departments have the financial resources and leadership required for a strong department, adding that a measure of success would be to have academic departments increase in rank after each student’s graduation so their degree appreciates.

Although Bellamkonda was away from Emory for just five years, he detailed that while Emory remains a “remarkable” campus, the University “has not been still.” For instance, he described the new student center as “much prettier than what we had before” and lauded the recent improvements to identity spaces, including the creation of the Asian Student Center this year.

The student body has also grown more diverse in the five years he was at Duke, Bellamkonda said, indicating Emory’s more explicit commitment to advancing diversity on campus. He added that although the University has made progress in recent years, Bellamkonda also prioritizes making Emory more accessible to diverse and low-income students.

“The trustees and the University have made commitments to be an open, inclusive and accessible campus,” Bellamkonda said, citing the school’s relatively high Pell Grant distribution compared to peer schools.

Bellamkonda said Emory spends a lot of its operating budget, rather than endowment, on student financial aid because this is “consistent with our values.”

“We want to make Emory and the magic of Emory to be accessible to the best students, broadly defined, from anywhere in the world, that want to be here, independent of their ability to afford things, independent of the color of their skin, their sexual orientation, all these things.”

Increasing faculty diversity is also of great importance, Bellamkonda said. At a dean’s retreat, which included Bellamkonda, the vice provosts and the dean leadership teams, attendees devoted a session to what being a diverse faculty means.

Bellamkonda added that in terms of faculty diversity, the University started at a point that was “not desirable.” He does not buy the argument that there isn’t a pipeline for talented, diverse faculty, however. So, the University now uses a more robust search where a wider pool of candidates are interviewed, an effort that Zoom has made easier.

“I’m not of the belief that the work of diversity and inclusion is the work of Carol Henderson and the Office of Diversity,” Bellamkonda said. “I don’t want to say, ‘Look, we hired a chief diversity officer so we’re doing diversity.’ That is not the work, the work is creating an environment where we have representation.”

However, representation is just the beginning of the University’s work. Bellomkonda said he wants to foster an inclusive, supportive culture where the entire Emory community is invested in each other’s success.