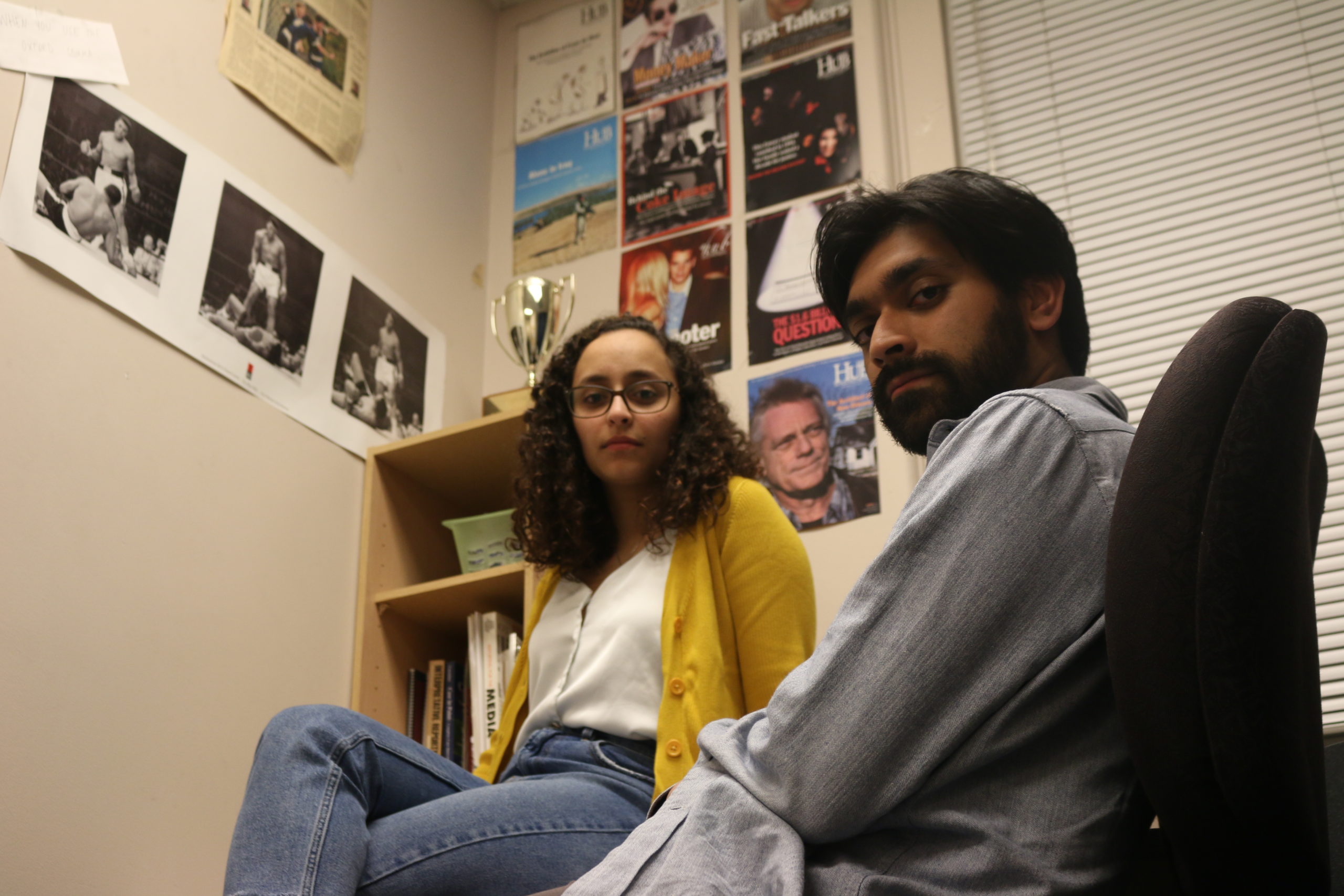 While Nicole Sadek (20C) and Niraj Naik (20B) may have spent numerous Tuesday production nights up to their elbows in work, being co-editors-in-chief (EICs) of The Emory Wheel has proved to be nothing but rewarding for the two seniors. As Sadek, an international studies and creative writing double major, and Naik, a political science major and Goizueta Business School student prepare to leave the Wheel behind, they take with them countless invaluable lessons and an incredible portfolio of work.

Becca Moszka, The Emory Wheel: What has being co-EICs taught you?

Nicole Sadek: I don’t think I could have done it without Niraj. It was a really hard year, but a really rewarding year. It’s been really good having someone in my corner going through the same thing and whom I can lean on.

Niraj Naik: I agree with all of that. I think one of the key things that will affect how I work in the future is knowing how important it is to have people on your team who are of really high caliber. Working with Nicole, specifically, has taught me that when you’re working with people who care a lot, it makes you care and accomplish so much.

TEW: Which of your articles are you most proud of?

NS: I have a joke answer and a real answer. Niraj, Alisha Compton (19C) and I have a triple byline on a story about library hacks. It was kind of ridiculous that three people needed to write that one article. The real answer is when I covered the Democratic debate with the News Editor Isaiah Poritz (22C). That was very cool. I got to talk to some politicians and just be in the presence of people like Andrew Yang and Tom Steyer.

NN: I got to write an obituary a couple years ago and I just felt very honored to be able to write about the person. 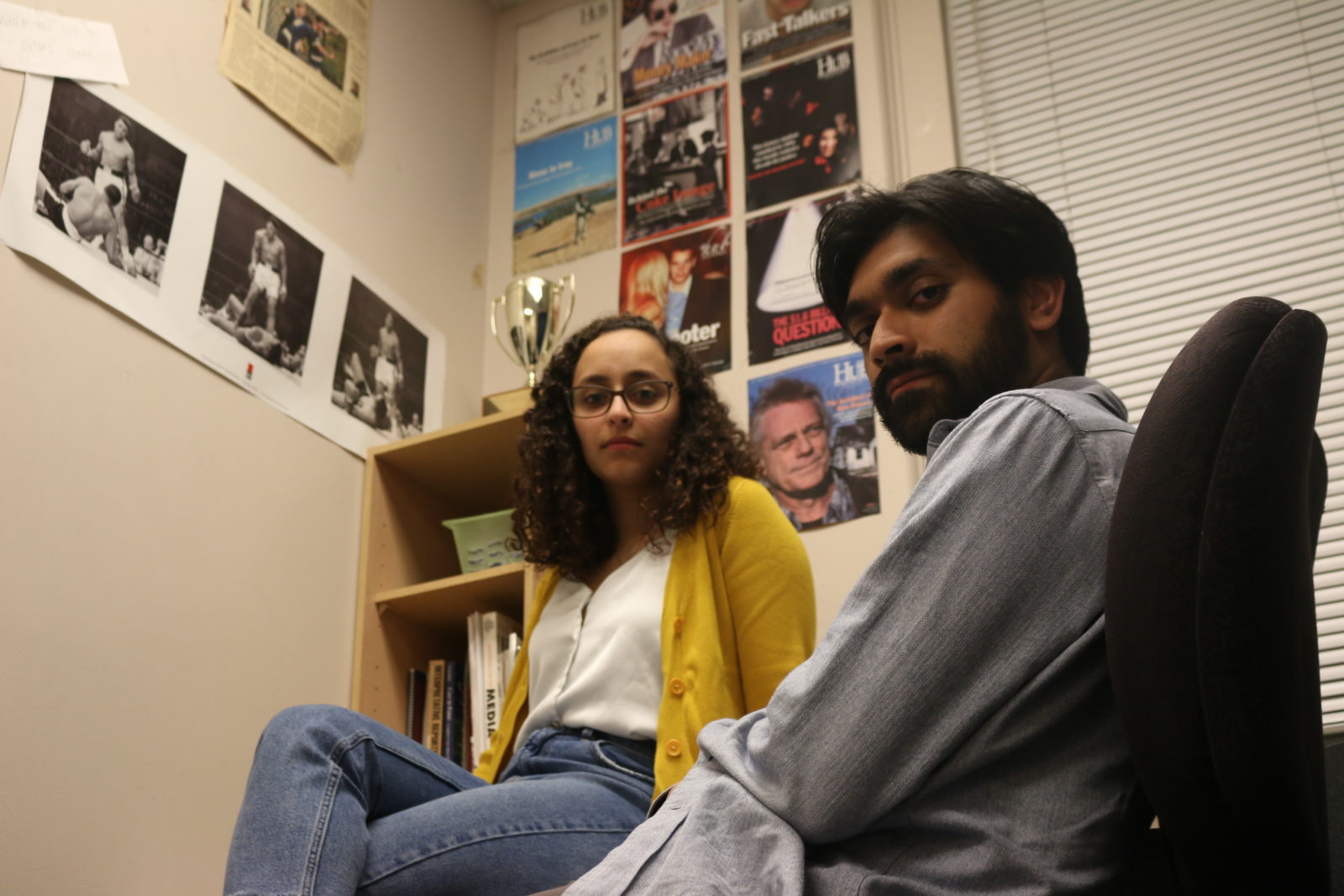 As first co-Editors in Chief Nicole Sadek (20C) and Niraj Naik (20B) conclude their term, they reflect on past eight semesters they have spent at the Emory Wheel./Forrest Martin, Photo Editor

TEW: What’s your favorite memory from the Wheel?

NS: It was the Wheel’s 100th anniversary this year and we spent months organizing the celebration. We spent months laboring over it and stressing over it and organizing a million moving pieces to it. When the day finally came around, I was so nervous that the alumni would not show up or that I’d fall and break my leg or something. And then it turned out really great, and it was so much fun meeting all the alumni and feeling like all of that effort that all of us had put into making it happen was worth it.

NN: Yeah, that was a fun day. My favorite memory was when Desiigner came to campus for a concert and invited people on stage. Richard Chess (20C) got up on stage. I was in the crowd with 10 people from the Wheel, and we lost our minds. And then Ricky took off his shirt and started flinging it around in the air!

TEW: What’s one class or professor you wish you could’ve taken during your time at Emory?

NS: I would’ve wanted to take a class with Carol Anderson or Rosemarie Garland-Thomson. They’re professors of such high caliber and I think there are a lot of really fantastic women professors at Emory that I never had the chance to take.

NN: I was very briefly in a history class with Joseph Crespino. I always wanted to take a class with him and I never got the chance. I feel like I could spend another three years at Emory just taking one to two classes that sound cool in every major.

TEW: What’s an article you wish you would’ve been able to write?

NS: I feel like there are so many things going on right now with the coronavirus, and with Emory being in such a transitional period with the University president and provost leaving. There’s a lot happening right now, a lot of stories that can be covered right now. Not that I wish that any of these things would have happened earlier in our tenure, but these are times when I think journalism is super important.

NN: On the day of the Super Bowl, I wanted to hang out at Domino’s and watch them make all the pizzas. I once asked how many pizzas they think they make in a day, and it was around 600. So I can only imagine how they’re pumping out pizzas on the day of the Super Bowl. Then they have to deliver them everywhere. I would have wanted to go with a driver and see where they go and what it’s like. I think it would’ve been really neat.

NS: Sometimes when I need a pick-me-up, I’ll go to the Eagle Emporium or Cox Hall and buy one of those miniature jars of Nutella and eat it with a spoon. It normally lasts two, maybe three days.

NS: “Inception.” Everything about it — the cinematography, the music, the actors’ abilities, the storyline.

NN: Phil Collins, Beach House, Tame Impala, Coldplay, U2 and Carly Rae Jepsen. I just look at what’s on Spotify and listen to it.

TEW: One artist you wish would make a comeback?

NS: I would’ve said the Jonas Brothers, but they’re back together. The Black Eyed Peas including Fergie.

NN: 3OH!3. They have a couple of good songs. I don’t know what happened. About once a year, I go on their Wikipedia page just to see if there’s anything new.

TEW: What’s the most embarrassing moment you’ve had on campus?

NN: I woke up late for an exam during finals. I woke up at 9 a.m. and the exam started at 9 a.m., so I ran from Longstreet-Means Hall to White Hall. It’s pouring rain, so I run into the lecture hall, dripping, and everyone turns around to look at me in the doorway. They all started laughing. I gathered it was because I was late, but what I didn’t realize was that the professor was late because he had gotten hit by a car. So I just sat there, soaking, for 30 minutes until the professor showed up, said, “Sorry, I got hit by a car,” and then gave us the exam.

TEW: What advice would you give to future EICs or people who currently write or work for the Wheel?

NS: Figure out why you want to be a writer or journalist. The “why” drives the rest. For a long time, I knew I wanted to be a journalist, but I didn’t know the reason behind that. Once I started understanding how powerful journalism is as a tool in terms of holding people accountable and giving a voice to the voiceless, and once I recognized how much I was passionate about that, I started putting more effort into my stories and thinking harder about the way that I was reporting different things.

NN: Write in high volume. If you think you want to be a writer, there’s nothing stopping you from telling the stories that are around you. I believe that anybody on Emory’s campus is qualified to write for the Wheel. The only thing standing in the way of growth in writing and being a journalist is how hard you’re willing to work to get there. 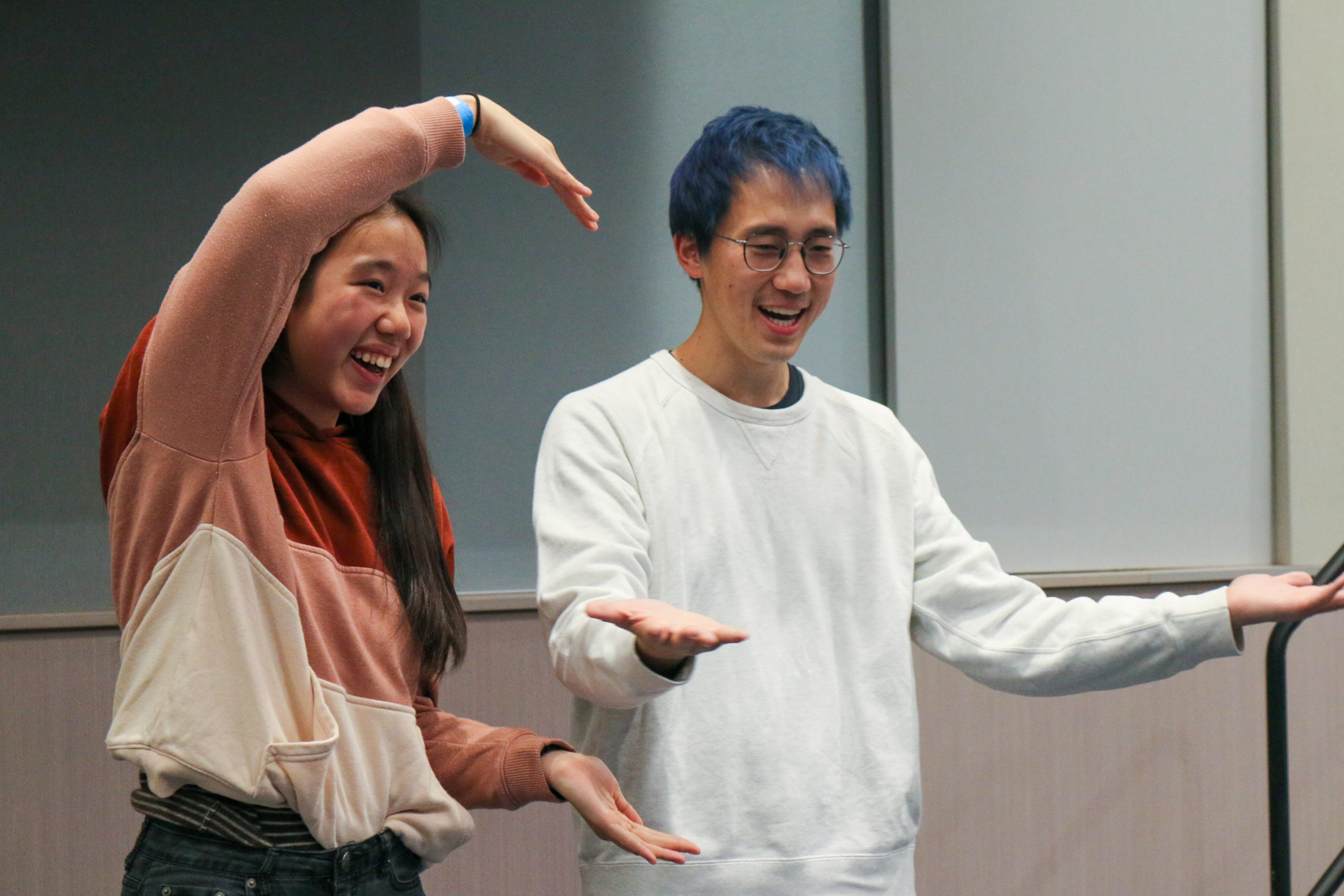 Buzzfeed ‘Worth It’ Host Fuses Asian Heritage and Entertainment