Mary Hoopa’s Gambles With Odd Combo, Pays Off in Spades 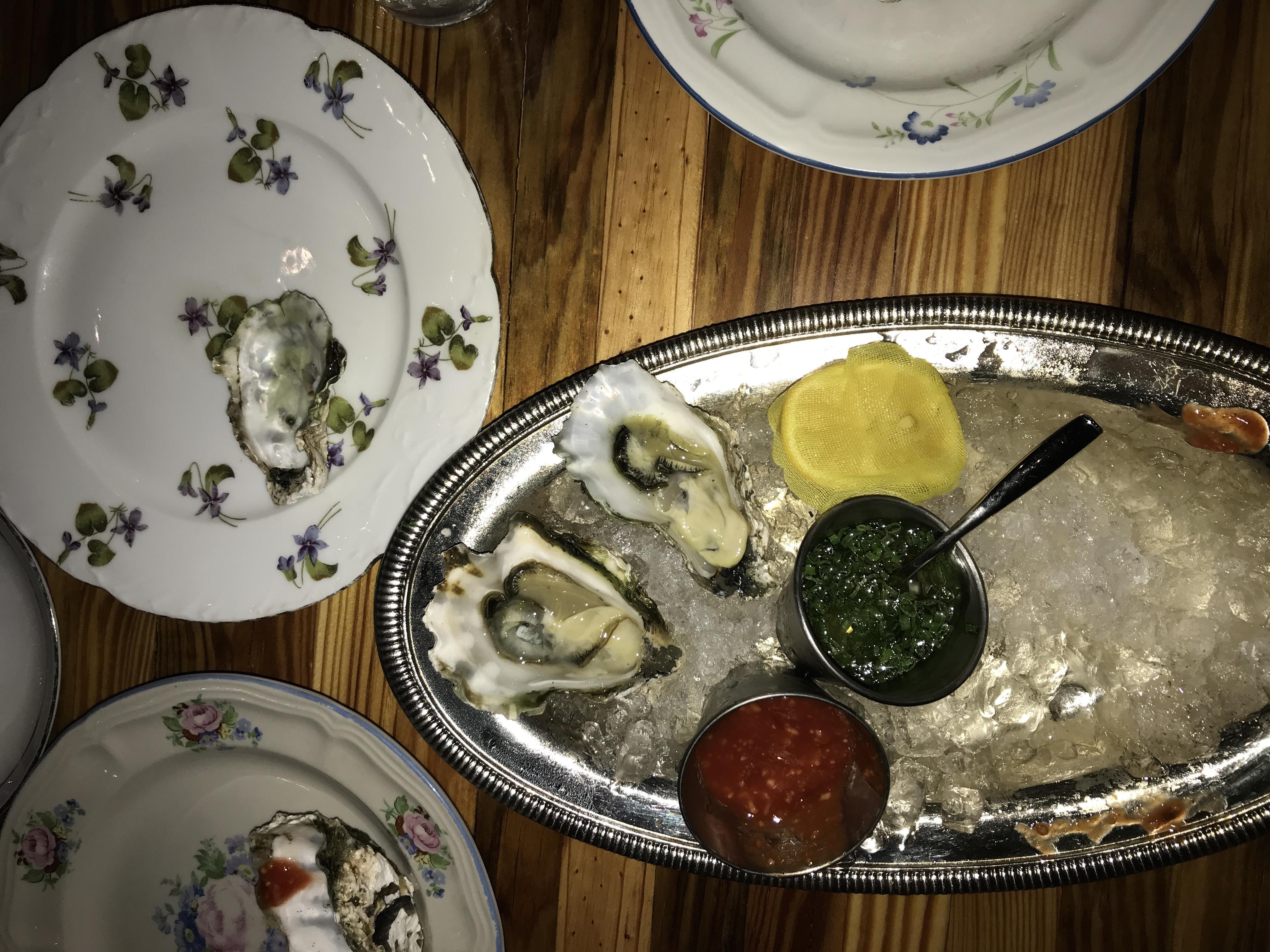 The odd name alone of East Lake’s soul-food joint “Mary Hoopa’s House of Fried Chicken and Oysters” took me by surprise and created an image in my mind of a family-owned shack that specializes in authentic Southern cuisine. Add to that the odd combination of the universally beloved fried chicken with the classic, polarizing seafood item: the oyster. This piqued my interest, to say the least.

The core of the menu is straightforward. If you want oysters, you can get half a dozen, either raw or grilled. As for the fried chicken, there are three flavor options — house fried, sweet or hot — and three serving sizes — a half bird, whole bird or two birds. Our table opted for the bare-bones classics — raw oysters and house fried chicken.

Oyster lovers, rest assured. Mary Hoopa’s oysters are exceptional. The six oysters came well-presented with a cocktail sauce and slice of lemon. The manageable size of each bite and the subtle saltiness that followed impressed our table of oyster enthusiasts. The only drawback was that it was impossible to split equally a half-dozen among four people.

As someone who was never a fried chicken lover, I did not expect my meal to astound me. But Mary Hoopa’s fried chicken converted me from a skeptic to a true believer. The first bite of my drumstick took me aback with a punch of juicy flavor. The light and crisp batter complemented perfectly the tender, sweet and peppered white meat. Any fallen batter spent little time resting on our plates, as we were quick to scoop it up and salvage as much flavor as possible. 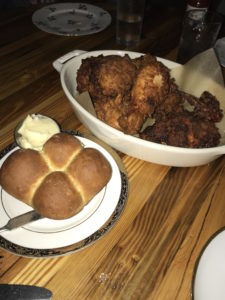 The chicken impressed us so much that we ordered an extra half bird, this time in the sweet variety. Our reactions were similar. The sweetness was subtle enough not to divert attention from the deliciously cooked meat but present enough to add a novel dynamic to an already exceptional recipe.

For dessert, the banana ice cream sundae featured strawberries, fudge and roasted pineapple. Our table of four devoured the delicious concoction in less than one minute. The ingenious mix of rich chocolate and assorted fruit flavors somehow matched the incredibly high standard set by the main course.

The quality of the food was only enhanced by the charming ambiance of the space. When we arrived, we found a more refined establishment than we had expected.The building featured dim lighting that one might find in a more romantic venue and plenty of varnished wood. It felt more like a neighborhood restaurant than a bohemian shack.

“Mary Hoopa’s House of Fried Chicken and Oysters” exceeded expectations. According to Eater Atlanta, the restaurant’s name comes from the caretaker of chef Robert Phalen’s mother-in-law, Mary Hoopa, who was known for her “farm-to-table meals.” This homemade character is apparent in its delectable food accompanied by an attentive and conversational wait staff, which made us feel we had truly experienced the best of soul food.