Camping out: one student’s makeshift fall during COVID-19 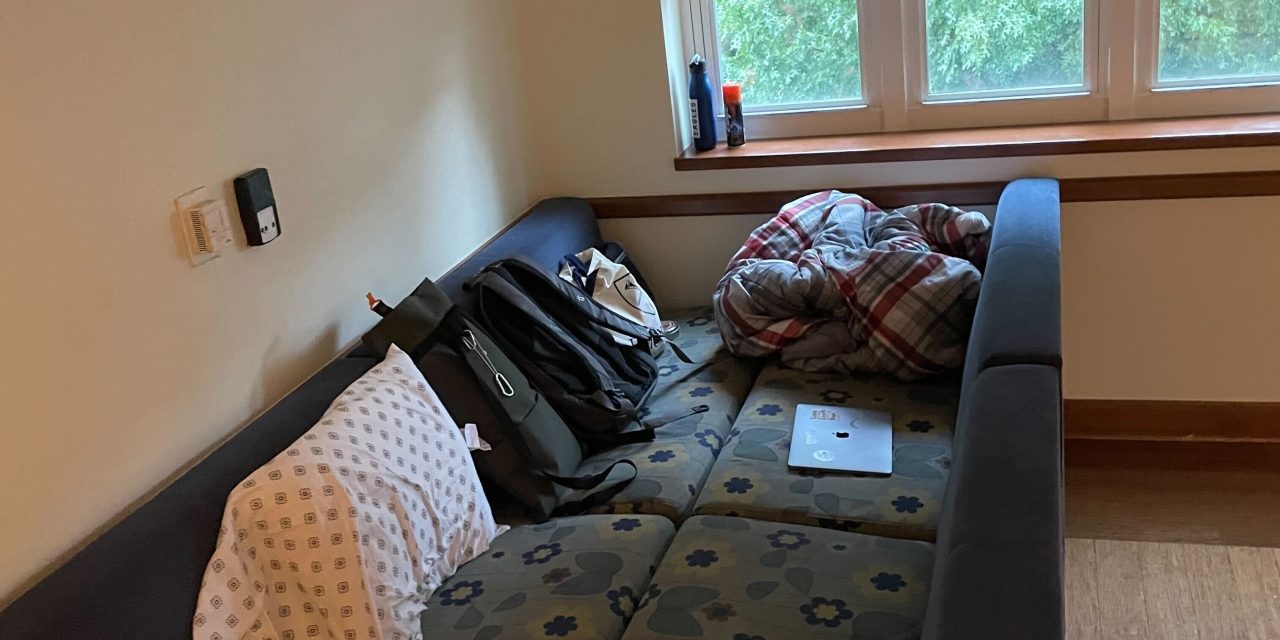 David Gomez (25C) spent his third week at Emory sleeping in the hallway of his dorm. Like most college freshmen, he had lost the end of his junior and most of his senior year of high school to COVID-19. Now, it seemed like he might lose his first year at Emory University, too.

With a back-to-school spike in COVID-19 cases on campus, people were testing positive left and right. The Emory Conference Center Hotel was overwhelmed with students who tested positive or were in close contact with the virus, even with two students quarantining together in each hotel room. Gomez’s roommate had a COVID-19 scare, and testing was not required. His roommate didn’t take one and was reluctant to do so.

His RA instructed him to call the hotel. After four frustrating hours on the phone, Gomez decided to set up camp in the hallway. So, he grabbed his backpack, laptop charger, clothes, water bottle, toiletries, blankets and a pillow. He used the gender neutral bathroom to shower and folded laundry in the hallway. For a bed, he connected the couches in the open hall lounge, a space which had only recently been used for Songfest rehearsal and RA introductions. He prepared to stick it out for the long run. 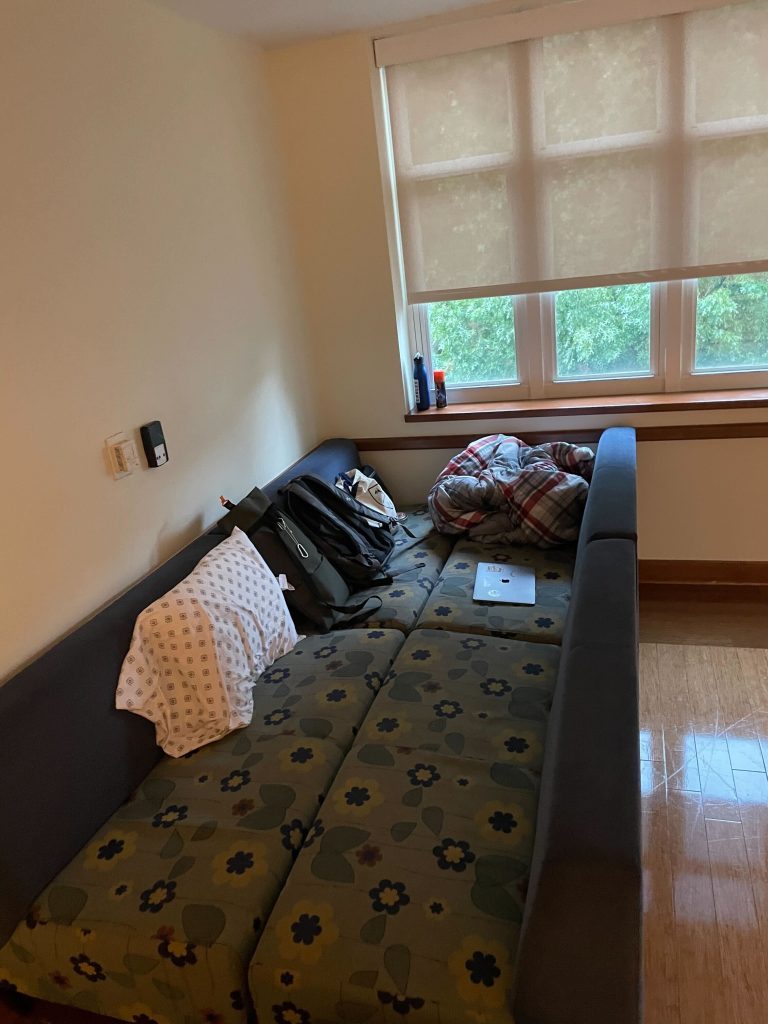 David Gomez described his time in the hallway as a “wilderness experience.” (Courtesy of David Gomez.)

Sleeping in the hallway did have its perks.

“Conveniently, the third floor of Eagle has a water dispenser right next to the couches, so I was very pleased,” Gomez said.

The large window next to his makeshift bed let in light in the morning to wake up to. The RAs didn’t mind, and neither did the rest of Eagle hall. In fact, Gomez had become undeniably popular.

“I know it seems terrible that I had to sleep in a lounge for three nights, but when else are you going to get that experience?” Gomez said. “You can say you can go camping, but that’s not the same, especially since you have an audience.”

For Gomez, COVID-19 camping was the unfortunate circumstance turned defining experience of the 2021 school year. But his “wilderness” experience was not the downer on freshman year it had initially presented itself as.

Gomez had gained a new identity: Eagle hall celebrity. He was “that guy in the hallway.” Everyone said “hi” to him, as they passed him in the hall on their way to the bathroom, a study room, off to class in the morning and back to their dorm rooms at night: “Oh, you know, that kid who’s sleeping in the lounge on the third floor of Eagle Hall.” Soon, everyone knew his name.

When people asked about it later, Gomez would tell them his hallway vacation was “honestly an amazing experience.”

It was so amazing, he decided to continue it, sleeping in the lounges of Eagle, Raoul and Harris by the end of his first semester.

“I even started a bet with myself because that was such a positive experience,” he said. “I decided to try and sleep in the lounges of all the other freshman dorms.”

Roomless by circumstance and hallway-dweller by choice, lounge-surfing worked out for him.

“I just started to enjoy my room and immediately got kicked out by circumstance,” he said. “But, like I said, it was an amazing experience.” 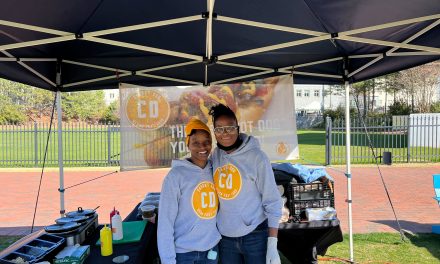 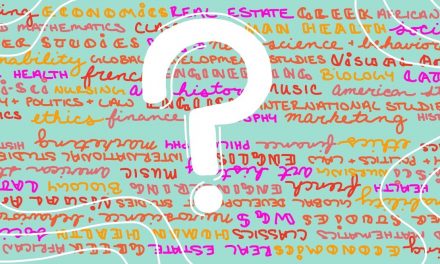 Searching for Majors that Align with Your Passions