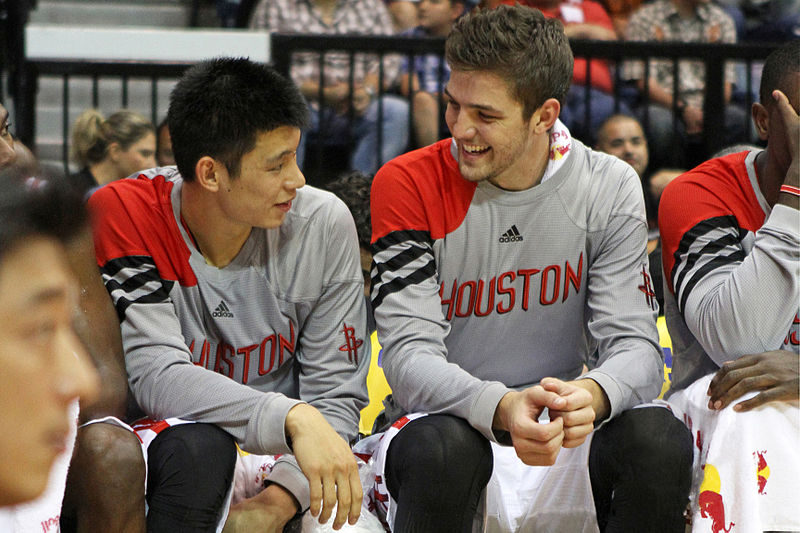 On Feb. 25, Jeremy Lin, a guard for the Santa Cruz Warriors, the NBA G League affiliate of the Golden State Warriors, took to Instagram to voice his personal experience with racism: being called “coronavirus” on the court. Lin, the first American-born player of Chinese or Taiwanese descent in the NBA, explained that even he, a well-known professional athlete, is not immune from discrimination and prejudice.

“Being an Asian American doesn’t mean we don’t experience poverty and racism,” Lin said in his post. “Being a 9 year NBA veteran doesn’t protect me from being called ‘coronavirus’ on the court. Being a man of faith doesn’t mean I don’t fight for justice, for myself and for others. So here we are again, sharing how we feel. IS ANYONE LISTENING??”

In response to Lin’s message, the NBA launched an investigation but has yet to release any details. While Lin has been reluctant to describe the details of his experiences with racism, many other Asian Americans nationwide are facing a similar reality.

Former President Donald Trump referred to the coronavirus pandemic as the “Chinese virus” and “kung flu,” abetting an epidemic of racism towards Asian Americans. In a public release in August 2020, the United Nations found that “racially motivated violence and other incidents against Asian-Americans have reached an alarming level across the United States since the outbreak of COVID-19.”

Unfortunately, Lin’s experiences aren’t the only example of racism in the NBA. In 2014, NBA Commissioner Adam Silver forced Los Angeles Clippers owner Donald Sterling to sell the team and banned him from the league for life after TMZ released an audio recording of Sterling making explicitly racist comments. While his banishment from the NBA was necessary, Sterling had a long history of racial discrimination lawsuits that made ending his 33-year ownership long overdue.

In 2019, a Boston Celtics fan was banned from attending games for the rest of the season after calling former Golden State Warriors center DeMarcus Cousins the N-word.

But perhaps the most shocking and disgraceful display of racism in recent years came after a Boston Celtics home game, just a few feet outside of TD Garden. As Celtics guard Marcus Smart was leaving the arena, he saw a mother and her young daughter attempting to cross the street as cars were driving toward them. In an effort to help them, Smart yelled that they needed to hurry up and get out of the street. What followed was a heinous response, loaded with bigotry and hatred.

Such racism isn’t limited to the NBA. Displays of bigotry are practically commonplace in all sports.

In the 2017 World Series, former Los Angeles Dodgers Japanese pitcher Yu Darvish experienced racism, not from a fan but from a fellow player. After hitting a home run off of Darvish, a camera caught Houston Astros first baseman Yuli Gurriel pulling his eyes into a slant and mouthing a racial nickname. Since this occurred in Game 3 of a seven-game series, one may have expected Gurriel’s behavior warranted a suspension for the rest of the World Series.

Instead, MLB Commissioner Rob Manfred handed Gurriel a five-game suspension for the following season, a slap on the wrist for such an intolerable act. The weak punishment only diminished the magnitude of such a racist act and even prompted some Astros fans to imitate Gurriel’s gestures.

The NFL has also had its fair share of racism. In the 2016 preseason, former San Francisco 49ers quarterback Colin Kaepernick kneeled during the national anthem to peacefully protest racial inequality and racism against Black people in America.

He was immediately met with racial slurs from fans who questioned his patriotism, and he was ultimately canceled out of the league by white owners who did not want to sign a player that created such controversy. In the last few years, Kaepernick has watched teams sign quarterbacks far less skilled than him.

Racism in professional sports is ripe outside the U.S., especially in soccer. In 2019, a France Ligue I match was stopped after Amiens defender Prince Gouano, a Black player, confronted Dijon fans who were “monkey chanting” him.

With so many examples of racism in sports, the question becomes: what can be done to stop it?

Two potential solutions are increased communication with people of different backgrounds and outright condemnation of any and all hate. Through constructive dialogue with people of different ethnicities and identities, people can hopefully begin to understand that while someone else may be physically different, they are still human and deserve to be treated with respect.

This past summer, Arizona Diamondbacks pitcher Jon Duplantier, former Miami Marlins pitcher Sterling Sharp and former Pittsburgh Pirates first baseman Josh Bell — who are all Black — joined MLB Network for a conversation entitled “Being Black in Baseball and in America.” During the show, the players discussed their experiences with racism throughout their careers along with a range of social justice issues.

In the wake of the Black Lives Matter movement, the Los Angeles Chargers canceled a preseason scrimmage to instead have a team discussion centered around social justice. These discussions expose players to the challenges their teammates encounter. Since these alleys of dialogue have proven quite successful in the sports world, why can’t society at large hold similar discussions more often?

Aside from more dialogue between races, people in leadership positions must repudiate racist acts when they occur. In the MLB, this means that when Gurriel made a racist gesture, he should have been given a severe punishment rather than the minor one he received. It means that when Kaepernick faced racist comments for kneeling, the NFL and its owners should have condemned such behavior rather than erred on the side of neutrality.

Lin experienced racism and hate when a fan directed a derogatory slur toward him. Leagues must change.

Jeremy Lin and Chandler Parsons talk on the bench. Lin played for the Houston Rockets from 2012 to 2014. (Wikimedia Commons/thepanamerican)