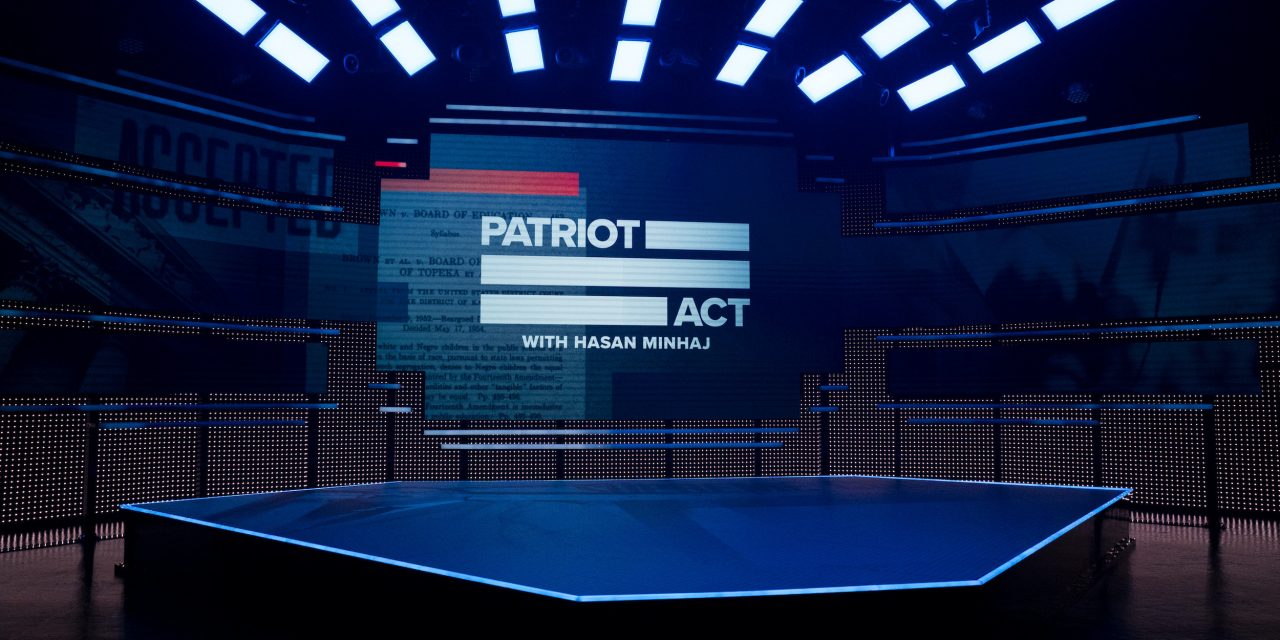 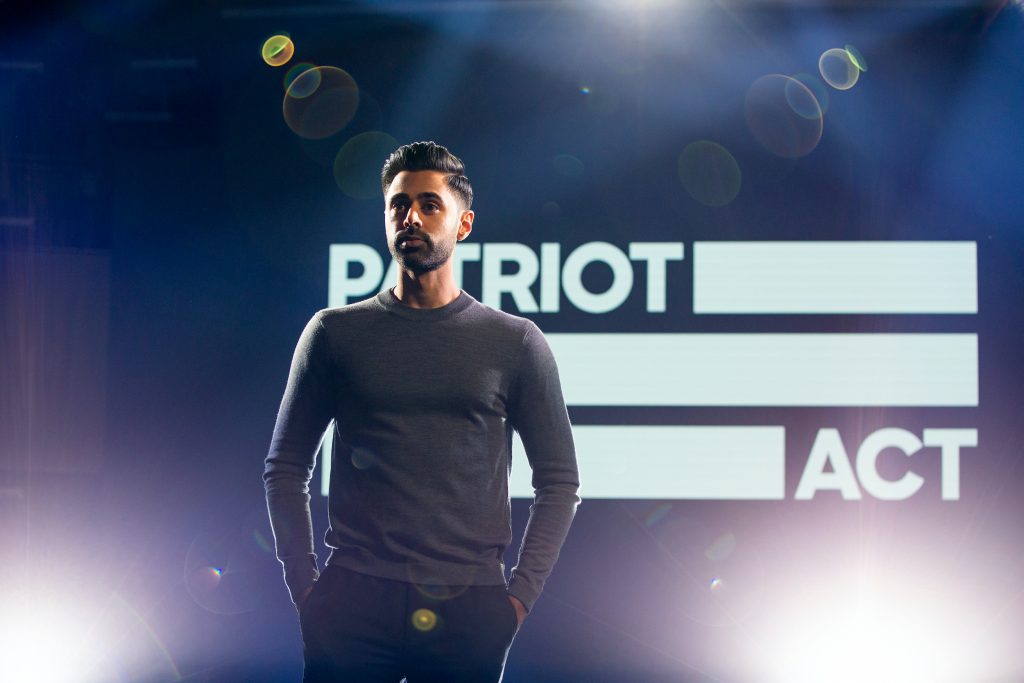 On any given Sunday night, you could most likely find me watching episodes of Emmy and Peabody award-winning “Patriot Act with Hasan Minhaj” on Netflix after a long day of studying. Since the release of “Homecoming King,” Minhaj’s maiden stand-up special, I have been an avid fan of his work as an actor, comedian and political commentator, and I’m not the only one. Minhaj has over one million followers on Instagram and was named one of Time’s 100 Most Influential People in 2019. Despite this, Netflix recently announced that it will not be renewing “Patriot Act” for a seventh season, and Minhaj has not released any future plans.

Minhaj’s rise to fame began long before the release of “Homecoming King.” After a remarkable performance as a correspondent on “The Daily Show,” Minhaj convinced Netflix to let him host his own political satire show. “Patriot Act” was born.

From remarkable applications of technology, including massive top-to-floor digital screens, to Minhaj’s infamous hand movements, “Patriot Act” was unlike anything we’ve ever seen. The show covered topics such as affirmative action, internet inequality, the importance of local news and drug pricing. Countless South Asian individuals lauded Minhaj for his representation of our culture and his seamless integration of comedy into current affairs. It seemed like “Patriot Act” had a long future ahead, and Minhaj even hoped his children would take over for him.

The show pushed boundaries and revolutionized political satire. “Patriot Act” isn’t only on Netflix, but it also has its own YouTube channel, which features other content such as “Deep Cuts,” an informal audience Q&A with Minhaj and digital exclusives ranging from a conversation with his parents to a glimpse into his daily routine. For the first time in their lives, many South Asians felt seen and understood. As a Pakistani American and Muslim American raised in a predominantly white neighborhood, “Patriot Act” gave me a sense of belonging: a reassurance that it was normal to feel lost about my numerous identities. As I found myself struggling to fit in, like many others, I looked to Minhaj’s show as a necessary source of comfort.

In his episodes, Minhaj casually included references to his South Asian upbringing, such as the mental health stigma he faced in his community and yearly Eid celebrations marking the end of Ramadan with his wife and children. In his “Indian Elections” episode, Minhaj spoke to many Indian parents regarding their take on Indian politics, to which they were quick to reply that Minhaj “cannot talk about [Indian Prime Minister] Narenda Modi” or Indian politician Priyanka Gandhi because he is “an ABCD … an American-born confused Desi.” Although the episode was poorly received by the Indian public, it allowed Indian writers to speak out against the unwarranted dissent of Minhaj’s political opinions and encourage Indians worldwide, old and young, to become more politically aware and willing to discuss these topics.

Additionally, in Minhaj’s “Saudi Arabia” episode, he openly condemned the death of The Washington Post journalist Jamal Khashoggi at the hands of the Saudi Arabian crown prince. As the Saudi government continued to deny such allegations, despite evidence of their wrongdoing, the episode was quickly pulled from the country’s Netflix service. Regardless of the potential repercussions, Minhaj always unapologetically voiced his opinions with the sole purpose of shedding light on underreported issues globally, making “Patriot Act” worth the praise.

Many South Asian members of the Emory community echoed this sentiment, citing their love for the show and all of its wonderful facets.

“It was cool and empowering to see someone on TV that looked like us who wasn’t playing a terrorist or someone nerdy,” Konety and Pereira said.

“Hasan Minhaj empowered audience members … in a way that was informative, passionate and entertaining,” Khan and Shabih said.

They also appreciated that Minhaj “used his platform to combat the ‘model minority’ view perpetuated against South Asians.”

Although Khan, Shabih and the rest of the PSA board will miss Minhaj and his show, they “look forward to supporting his future projects.”

Ali believes that, by making all viewers of his show feel welcome, regardless of cultural background, Minhaj was able to “use his talents to create a community of passionate individuals who will use their collective voice to make a change.”

Whether the show’s cancellation was due to legal backlash, struggles with the talk show format or a toxic work environment, Netflix must ensure continued South Asian representation. “Patriot Act” helped unite generations of Indians, expose flaws in our country and transformed the landscape of political satire. If Netflix can easily take down a show that positively impacted lives around the world, it reveals what the company truly values. When shows like “Never Have I Ever” that reinforce negative views of South Asia are pushed for renewal, I worry about our future in modern media. It’s time for Netflix to prioritize South Asian empowerment over just entertainment.

I can’t wait to see what else Minhaj has in store for his fans. I can only hope he exceeds our expectations.