The Emory Police Department (EPD) used or threatened to use force 24 times within the last five years, a report of EPD use-of-force statistics and demographic data obtained by the Wheel on Tuesday found. Three of these instances involved students.

The data, sent by Vice President of Communications Nancy Seideman, revealed EPD threatened 16 subjects with “less-lethal” methods, which is when an officer draws or points a taser or firearm at an individual. Of these 16 people, 10 were Black males, five were white males and one a white female. No officer has caused death or bodily injury of an individual in the department’s 46-year-long history, Seideman wrote.

The other eight use-of-force instances involved “empty hand control,” which occurs when officers use bare hands and no weapons against a person. Officers used such methods on four white males, one “unidentified” male, two Black males and one Hispanic male.

All three Emory students threatened by EPD were male: one white, one “unidentified” and one Black. EPD tackled a “fleeing” white student 2015, stopped and redirected an “unidentified” student pushing past a police line in 2018 and pressed a taser against a Black student in 2018 to “gain compliance.” The report did not state why officers used a taser against the Black student, and the University declined further comment.

Since 2015, EPD has engaged with 167,276 people near or on University properties, including campuses and hospitals.

The University declined to provide information about the size of EPD’s budget, noting department budget information is not usually made public. A community advisory group, which does not yet exist, will discuss EPD’s resources later this semester, though a date has not been set.

The Coalition for Black Organizations and Clubs called for the University to disarm and defund EPD in a July statement. In August, President Gregory L. Fenves told the Wheel he does not plan to defund the organization, stating that “safety is important.” Fenves wrote in an Aug. 13 email to students that a review from Washington, D.C. nonprofit Justice & Sustainability Associates recommended EPD “review and change policies related to use-of-force to be consistent with policing best practices.”

Seideman stated EPD entered into an agreement in March with Guardian Tracking, an online performance management software designed to help “monitor police interactions” and “flag behavioral concerns,” Seideman wrote. Police departments at other universities, such as the University of Missouri-Columbia Police Department, have used this software in the past.

However, EPD has not begun external training due to COVID-19-related concerns. The department aims to complete training by the end of 2020. 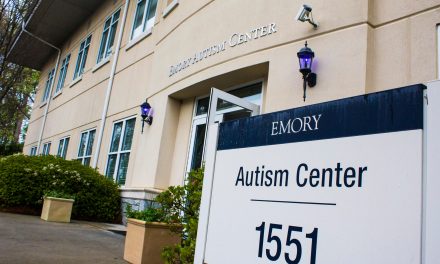