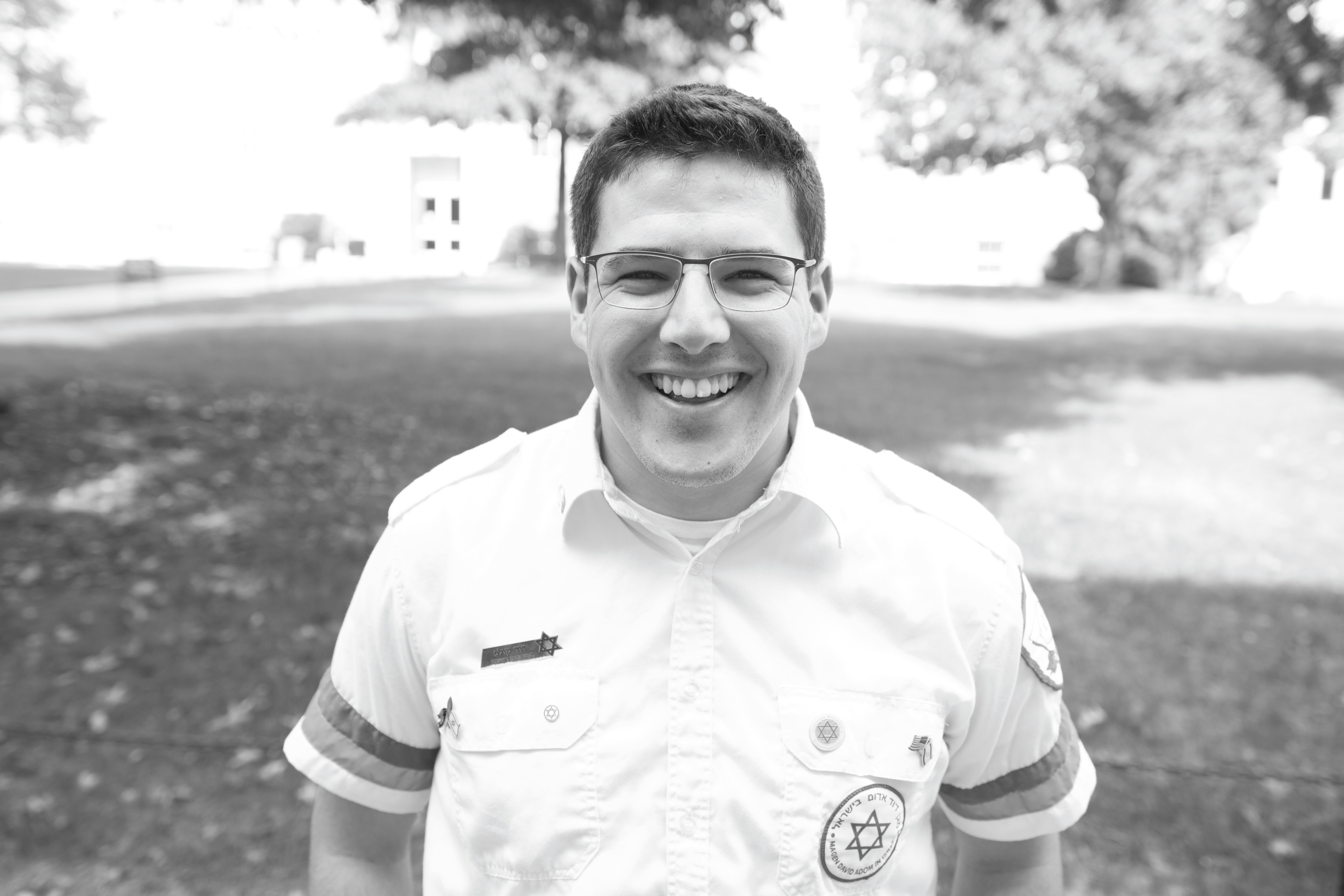 Few college freshmen can casually say that they’ve delivered a baby in orientation icebreakers, but College freshman David Kulp is the exception. Kulp took a gap year prior to his freshman year at Emory, during which he traveled to many different parts of Israel.

For the first half of his gap year, Kulp lived in Jerusalem, studying Middle Eastern history, Jewish studies, the Arab-Israeli conflict and Islam-Christian history. While exploring North and South Israel, Kulp discovered more about his own family history.

Starting in January, Kulp trained with Magen David Adom, which he called the Israeli equivalent of American Red Cross, to serve as an emergency medical technician and first responder in Yerucham and Dimona, two small southern desert villages. The training equipped him to work on both basic (BLS) and advanced (ALS) life support ambulances. He learned to deal with a various crises, including cardiac and respiratory emergencies, terrorist attacks, workplace emergencies and car accidents. As part of this training, Kulp received only 20 minutes of instruction on delivering babies and treating pregnant women.

During an excursion with a BLS ambulance, the BLS team received a call from a Bedouin village regarding a woman who had gone into labor in a pediatric care center. BLS ambulances typically do not handle pregnancy emergencies; his ambulance, however, raced to the care center, and when they arrived, it became clear that the woman could not be moved. Kulp and the other ambulance volunteer used a birthing kit, and within 20 minutes, helped deliver the baby boy.

According to Kulp, when the baby was first born, his color was slightly grey and the umbilical cord was wrapped around his neck. As an ALS ambulance arrived on the scene, Kulp’s associate cut the umbilical cord, suctioned the baby’s face and, miraculously, the baby cried to life.

“I was nervous, but it was the most meaningful sight I’ve ever seen,” Kulp said. “Once he started crying, we were all very relieved.”

The ALS ambulance wasted no time and immediately took the Bedouin woman and her child to a hospital. To Kulp’s knowledge, both the woman and her baby survived.

“In this moment, when people need help the most, it doesn’t matter what political group you’re from,” Kulp said. “We were in a Bedouin village, and we were Jewish [emergency medical technicians] and they were Bedouin Arab Muslims and it didn’t really matter. All of the differences, all of the challenges, all of the preconceived notions — everything disappeared.”

Kulp spoke extensively about how much he learned about Israel’s conflict with the West Bank and the Gaza Strip. Israel has faced attacks from militant Islamist organizations. Kulp witnessed countless acts of violence while serving as an emergency medical technician but remained optimistic about the conflict, he said.

“It gave me some hope that in the very complicated situation that is the Middle East, that one day there might be peace,” Kulp said.

The gap year helped him gain a lot of perspective, Kulp said. He encouraged all, whether before graduate school or during their undergraduate experience, to find time to explore the world and learn more about themselves in the process.

Hailing from Potomac, Md., Kulp decided to pursue a gap year following his February 2015 graduation from Charles E. Smith Jewish Day School. The school, according to Kulp, typically sends the graduating class to Israel for several months. Kulp wanted to both explore the world and take a break from academics, so he took advantage of the opportunity. Following the trip, he and nine other students stayed to spend the next academic year in Israel.

Immediately after graduating high school, Kulp studied for three months at the Alexander Muss High School in Israel based in Hod HaSharon, exploring the country through outdoor education and volunteering. For an additional two months, Kulp travelled around the country and volunteered in a pediatric rehabilitation hospital. After returning home for a short stint from July to August 2015, Kulp returned to Israel on the Nativ College Leadership Program which brings students to different parts of Israel for a full academic year to explore and immerse themselves in Israeli culture. The program is affiliated with the Conservative movement which aims to preserve Jewish tradition instead of reforming it or abandoning it.

“I loved my time abroad. I loved taking a gap year. I think I really needed it in the end,” Kulp said. “I think it made a massive impact on my identity.”