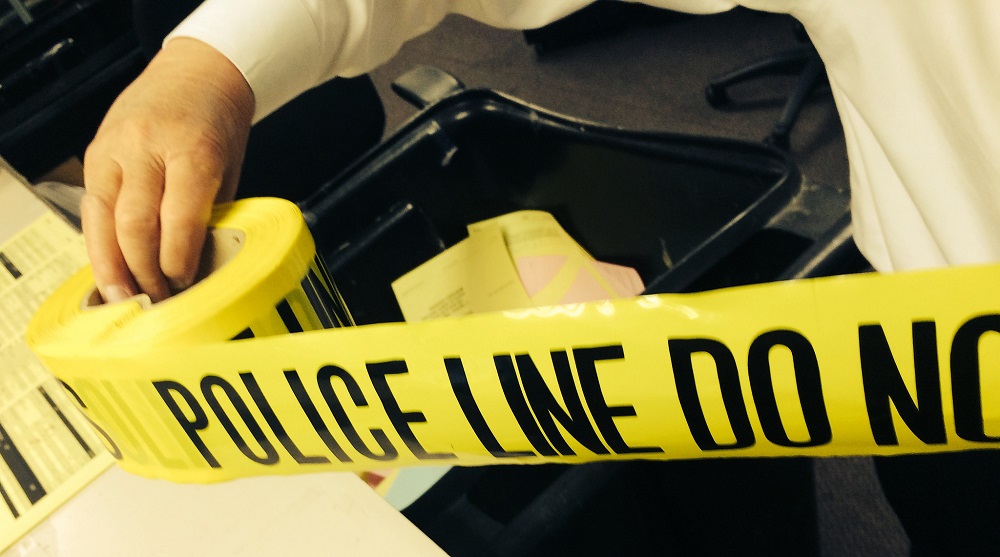 Two faculty members from the English and physics departments spoke to an audience of freshmen students about evidence and its role in higher education last Wednesday in the first annual Evidence Town Hall titled “Nature of Evidence: How Do You Know.”
“Back in the time of Christopher Columbus, what do you think people knew about the earth?” said Eric Weeks, department chair and professor in the physics department to the students in the Woodruff Physical Education Center’s gymnasium. “[Was it] round or flat?”
Weeks and English Professor James Morey led the event as part of the Quality Enhancement Plan (QEP) — academic programming that seeks to improve student learning — to an audience including the Class of 2019, Orientation Leaders, Sophomore Advisors, faculty teaching first-year seminars and campus leaders.
“[The event] aims to show first-year students various approaches to find evidence through an exciting dialogue between two faculty members in Emory College from different disciplines,” said Tracy Scott, director of QEP and a senior lecturer in sociology.
Morey and Weeks led students through data-based evidence and early literary texts to show that no educated person in the time period of Columbus believed the earth was flat.
“This [event] is a good opportunity for students to be aware of the misconceptions around them while they are acquiring knowledge,” Weeks said after the presentation. “And it is necessary to gear people away from those misconceptions they very intend to believe.”
Morey added that he was concerned about students who pretend to be knowledgeable but blind themselves from the truths, which should be supported by solid evidence.
Faculty and staff have been working on planning this inaugural event for two to three years, according to Scott. She said that a group of faculty members voted to select two presenters. Additionally, a panel of 12 students from varying disciplines gave their topic suggestions to the organizers. Next year, the student board will include freshmen.
College freshman Hayley Moyer said that the event offered students an opportunity to think about evidence in a new perspective.
“I think Dr. Weeks presented a really helpful method to access evidence,” Moyer said. “Though his expertise is so different from the concentration I want to study, I still think that [the method] is applicable across all kinds of disciplines.”
Some said the presentation exposed students to an interdisciplinary academic dialogue.
“It was generally a new experience for me,” College freshman Alaina Armendariz said. “I think it’s interesting to learn from an interdisciplinary dialogue presented by professors from two separate fields.”
However, not all students felt the same about the event.
“I think [the event] was a good idea to present in an interdisciplinary way, but it was not executed well,” Orientation Leader and College senior Olivia Meisner said.
Meisner said her peers felt the information was irrelevant to them since it was primarily centered on physics and English.
During the question and answer portion of the event, many students left early and talked amongst themselves or used Twitter to post irrelevant questions and comments. Towards the end, when the last question was announced, students began to applaud.
“Students were bored at the end, not without a reason,” said College freshman Stefan Farrugia. “I didn’t feel like there was a lot happening in the event.”