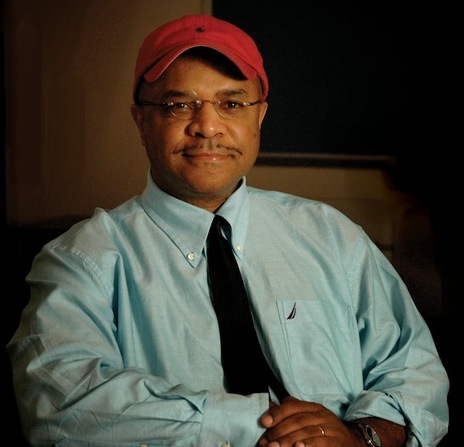 It’s not every speaker who calls out a major portion of his audience.

“You are the site of the morally corrupt. You are a lie,” Emory Professor of Philosophy George Yancy said to the white audience members at his lecture, “A Gift to White America: The Power of Un-Suturing.”

The event, hosted at White Hall, focused on reader feedback from op-eds that Yancy had published in The New York Times. In an interview with the Wheel, Yancy said that he received hate mail and physical threats in response to his articles.

“As you reap comfort from being white, we suffer for being black and people of color,” he wrote in “Dear White America,” his Dec. 24 Times op-ed. “But your comfort is linked to our pain and suffering. Just as my comfort in being male is linked to the suffering of women, which makes me sexist, so, too, you are racist.”

Yancy said that in presenting his lecture, he intended to expand on his ideas that racism is deeply embedded in American culture.

“I asked all the Americans to face racism courageously,” Yancy said during his lecture. “I made myself vulnerable. At the end of this talk, I don’t want you to be happy. I don’t want you to feel hopeful. I want you to dare to interrogate what is wrong about racism in North America today.”

Yancy’s arguments were based on a series of interviews and discussions that he conducted about race issues. “My aim was to engage, in this very public space, with the often unnamed elephant in the room,” he wrote. That elephant was racial tension, which Yancy repeatedly identified and reiterated.

The continuation of racism about which he spoke was evidenced by the feedback he received from his articles.

Yancy said that most of the reader feedback he received came via hundreds of emails and even snail mail. The feedback revealed that “the world is unsafe,” he said, specifically when race is brought to the forefront of conversations.

“I have been called the n-word over a thousand times,” he told the Wheel, recalling responses to his article that included name-calling, physical threats, and distortions of what he actually said.

Yancy chose and shared some of the messages that he received in response to his article.

Among the most jarring emails he said he received: “Dear Fucking N***** Professor, you are a piece of shit. You are a racist. You are neither African nor American.”

Yancy continued to read email excerpts from readers in his lecture. “Black culture is obscenity,” he said another reader wrote. “It is a degraded generation of human beings, so go back to Africa together with your black mouth.”

Yancy invited his audience members to consider how it would feel to receive so many verbal attacks from readers denigrating an ethnical identity.

“What I really hope is to engage Americans to take the courage to openly discuss the ongoing intensified racism and face what is wrong about it,” Yancy concluded.