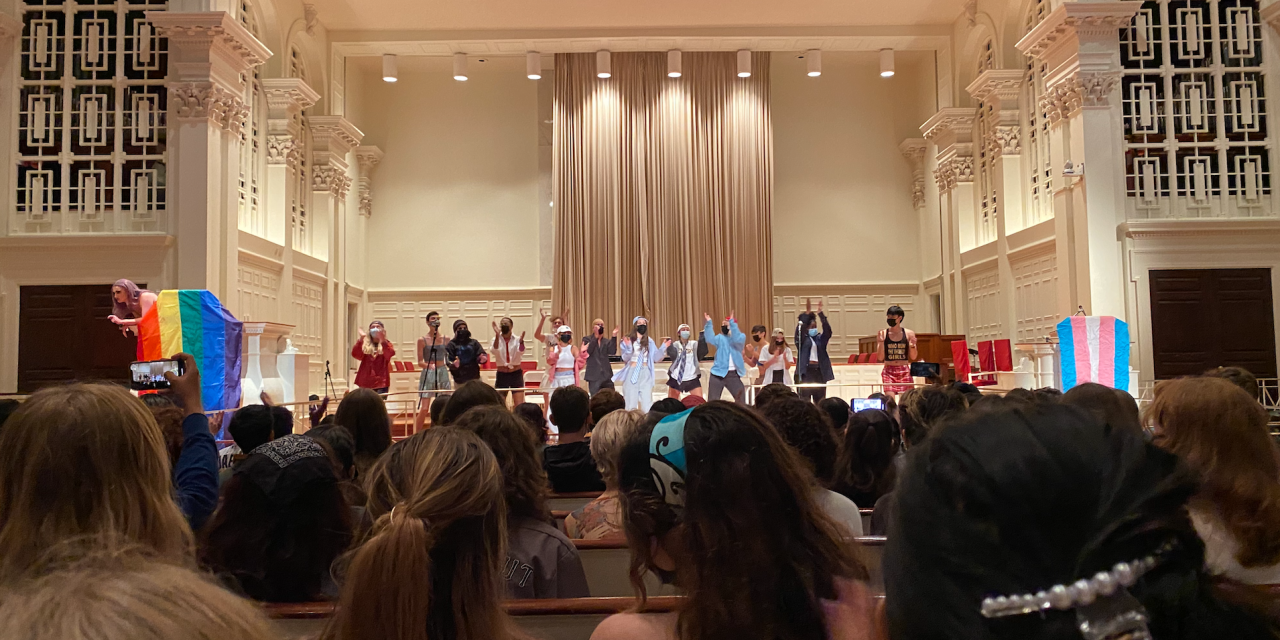 On the evening before Halloween, in the auditorium of Glenn Memorial Church, the light’s went out, wigs went on and performances commenced. A stage was brightly lit in anticipation of the acts, and LGBTQ+ and transgender pride flags adorned the podiums as the audience prepared for the show to begin.

To cap off LGBTQ+ history month, Emory Pride hosts its annual Drag Show, which began in 2004. The show offers student organizations on campus the opportunity to receive additional funding by performing in all-out drag.

The first half of the event featured acts from Emory Spoke, the Student Program Council, Climate Reality and High Tunes Acapella. 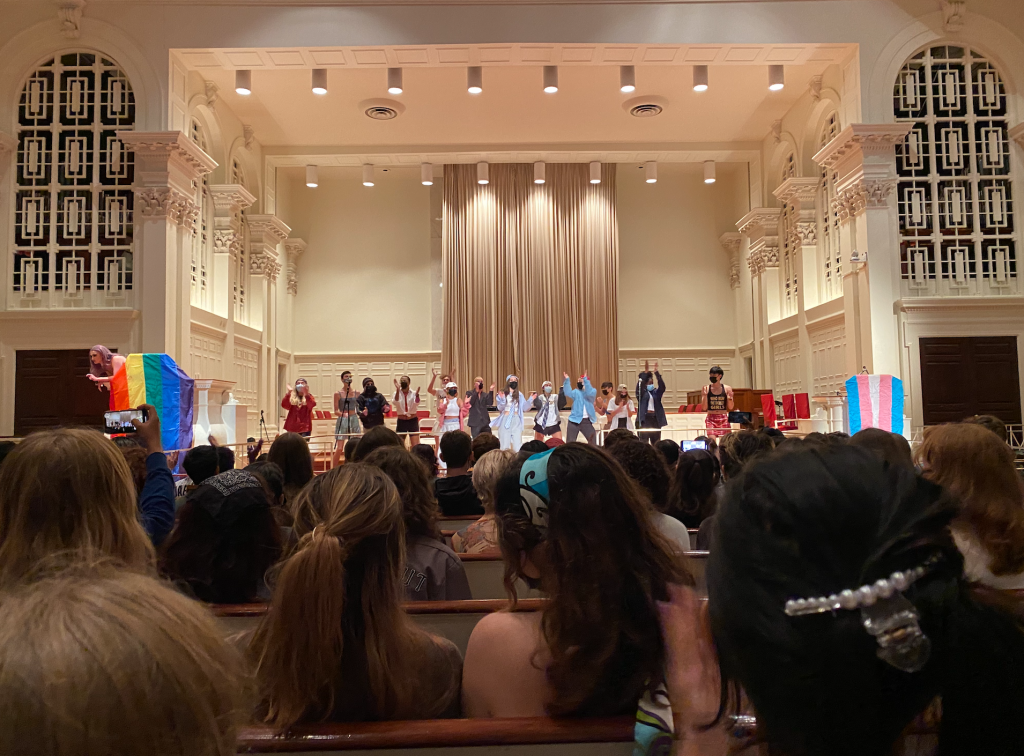 Tommy Greenler (22C) served as the host and was clad in full drag queen attire as ‘Pam.’ They said a show like this wouldn’t be possible without the “many people who have come before us and [the] shoulders we are standing on.”

QR codes and donation bins were located throughout the church for attendees to donate to the Trevor Project, a national confidential crisis support hotline for LGBTQ youth.

For show participants and audience members alike, the event serves as a space where individuals felt full comfort in their attire. Emily Ogden (23C), an attendee and participant in the costume competition, was excited to have the opportunity to connect with the queer community through the event.

“As a woman with visibly queer friends on a college campus, going out comes with the fear of being harassed for wearing what feels comfortable,” Ogden said. “This was one of the few times that that thought didn’t even cross my mind.”

The second act featured performances from Blaze Dance Crew, Persuasion Dance Crew, Oxford Pride and a non-competitive act from the Student Program Council. The winning act of the entire show and recipient of a $250 prize was again “Hunky Dory Natasha” from the Emory Spoke. Blaze Dance Crew received honorable mention.

While the prizes were exciting for audience members, the true joy came from the event itself. The Drag Show, with its ability to unite students across Emory’s campuses, is an event students don’t want to miss in future years, participants said.

“There’s something surreal about being in such a massive group of people who not only support but laud all forms of gender and aesthetic expression,” Ogden said. “It gives people a safe place to experiment with performance.”

Correction (11/05/2021 at 6:01 p.m.): A previous version of this article incorrectly stated that a pansexual flag adorned a podium at the annual Drag Show. In fact, a transgender pride flag adorned the podium.