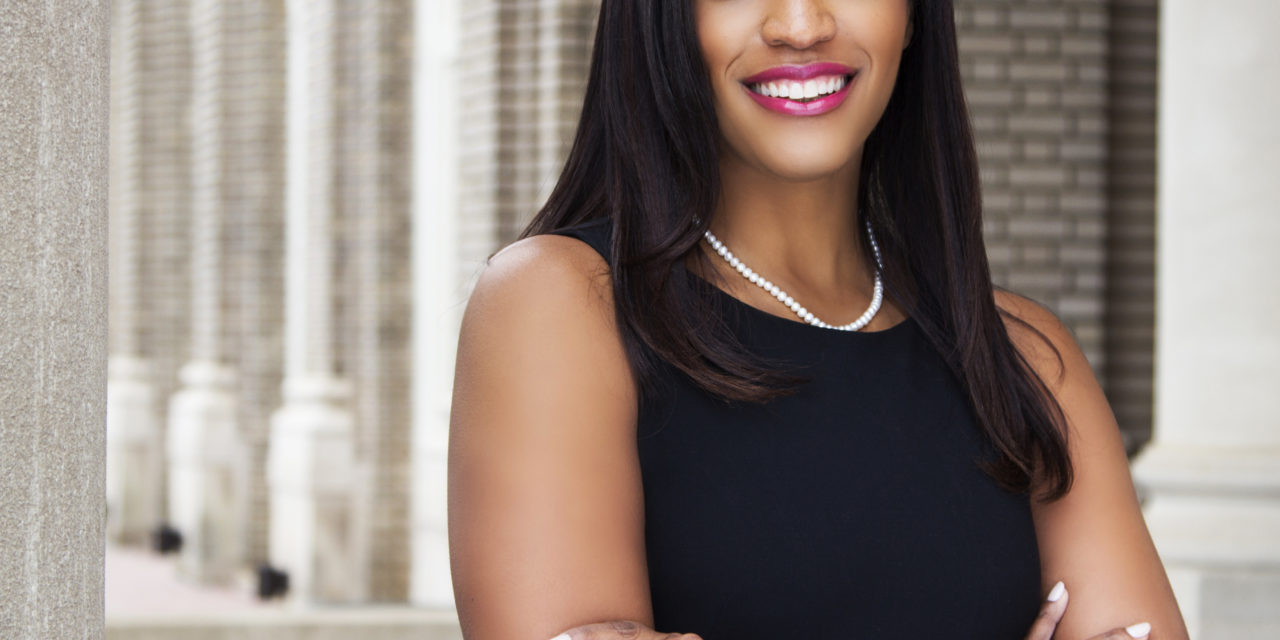 Though the Goizueta Business school sends hundreds of graduates to corporate America every year, the school isn’t just for students looking to make the big bucks after college. For Qaadirah Abdur-Rahim (04B), Goizueta’s MBA program gave her the tools she needed to empower low-income students from her own community.

Abdur-Rahim is the CEO of the Future Foundation, a nonprofit that works to provide quality education and life skill guidance to help youth and families in metro Atlanta rise above poverty.

Abdur-Rahim originally hails from Atlanta’s south side, from a neighborhood known for low-performing schools where athletics offers one of the few options for upward mobility. She was the first in her family to attend and graduate from college.

She and her brother Shareef Abdur-Rahim attended the University of California, Berkeley on athletic scholarships for their undergraduate degrees. Abdur-Rahim ran track, while her brother played basketball. In college, they found themselves sorely unprepared for the rigors of college academics.

“Imagine a tutor trying to teach you statistics when you don’t understand basic algebra,” Abdur-Rahim said. “I can remember tears falling from my eyes and the tutor asking ‘How did you get here if you don’t know this stuff?’”

Rather than allow their lack of preparation to bring them down, the siblings were inspired to succeed so they could, in turn, help children faced with similar situations.

“It was Shareef who said in our first year at [UC] Berkeley, ‘Gosh, if I ever have an opportunity, I’m gonna go back to Atlanta and make sure kids like us get prepared to compete academically, graduate high school and go on to be successful adults,’” Abdur-Rahim said.

Shareef left UC Berkeley after his first year to join the NBA and play for the then-called Vancouver Grizzlies. Abdur-Rahim graduated in 1999 with a degree in social work and then attended the University of California, San Francisco (UCSF) graduate school, where she earned a degree in sports and fitness management. Her goal was to learn to design sports programs for inner city students, so that she could give them the same opportunities her college track career afforded her.

“I’m the first person to graduate from college in my family, so the social aspect of poverty and how you help marginalized people improve their circumstances has always been important to me,” Abdur-Rahim said. “I’ve always been an athlete. I’ve seen how it has created opportunities for me — not just from an educational standpoint but also from a spiritual and health and wellness standpoint.”

After Abdur-Rahim graduated from UCSF, her brother returned to Atlanta to play for the Atlanta Hawks from 2001 to 2004. By then, he’d made a name for himself; the basketball community knew him as “The Future.” When he finally had the opportunity to start a nonprofit to help disadvantaged students in Atlanta, he called it the Future Foundation.

Shareef asked his sister to work as a program director for the Future Foundation. She eventually found herself designing after-school programs for children from backgrounds similar to hers, sometimes from the same primary and secondary schools she’d attended. 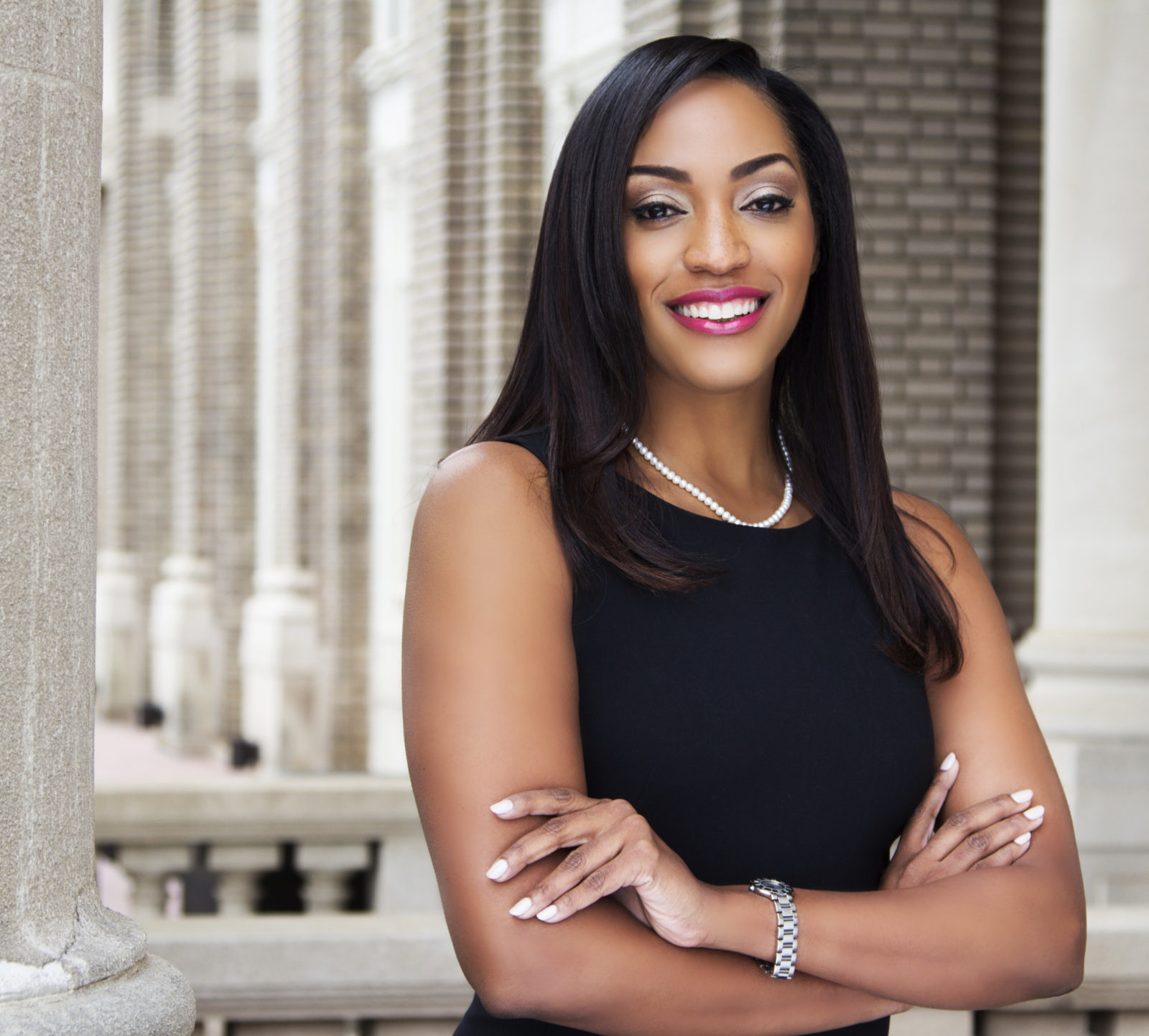 In 2005, Abdur-Rahim took charge after Margaret Fox, the foundation’s first CEO, stepped down to pursue real estate, just a year after the foundation’s establishment. At the time, the program was only involved with 15 students.

When Abdur-Rahim became CEO, her first order of business was raising funds for struggling parts of the program. Under her direction, her team focused on writing grant proposals. The effort was hugely successful, and in only two years the Foundation had quadrupled their revenue stream.

Just five years after Abdur-Rahim took over as CEO the Foundation’s services had spread from 15 to 5,000 students. However, as the Future Foundation expanded, she found herself in unfamiliar territory.

“We went from two staff to 30 overnight,” Abdur-Rahim said. “In hindsight, I realize our infrastructure, our back-office support, our HR, our finance office and our development office were completely strained. All those things were strange to me then. I wished I could diagnose what was happening, so in 2010 I applied to Goizueta.”

Abdur-Rahim submerged herself in the corporate world at the Goizueta Business School, a stark contrast from the non-profit work to which she had grown accustomed. Despite the difference in atmosphere, she validates what she learned at Goizueta as essential to the development of the Foundation.

“Although we deal a lot with people’s hearts, you have to have a mind to run the business aspect of a non-profit, so that you don’t go under,”Abdur-Rahim said.

One way in which Abdur-Rahim intends to make the Future Foundation competitive is through data analytics.

Tina Lee (11B) consults businesses like American International Group (AIG) and Intel in business strategy and analytics. She met Abdur-Rahim when they were classmates at Goizueta. Lee has recently begun consulting the Future Foundation to use data analytics and maximize their outreach.

“By innovating … with the information that the Future Foundation already has, [Abdur-Rahim] can improve outcomes not only for her foundation, but for other nonprofits,” Lee said. “In turn, she can monetize that so she can help more people and hopefully set some benchmarking standards for the industry as a whole.”

The Future Foundation coordinates with low-performing middle and high schools to offer after-school programs featuring activities that engage with five areas of a student’s life: academics, relationships, health, life skills and family. This is meant to help children build better relationships with friends and family, compete with less marginalized students and help them escape the cycle of poverty.

“If kids have access to those five activities routinely throughout their adolescent years, they can and will climb out of poverty,” Abdur-Rahim said.

The Foundation has been met with much success — 100% of juniors and seniors from schools who participated in Future Foundation programs have graduated high school and moved onto post-secondary education.

Assi Van Bastelaar (19B), another Goizueta graduate who works in Marketing Communications at Delta Air Lines, also works with the Future Foundation as a member of their junior board and on the host committee for one of their fundraising events.

Delta is a supporter of the Future Foundation, which is part of the reason why Van Bastelaar got involved with the foundation.

“[Abdur-Rahim] is a unicorn,” Van Bastelaar said. “I’ve handled Delta’s philanthropic efforts from the west coast to New York through to Europe, Asia and Africa. [Abdur-Rahim] is one of the best leaders that I’ve had the pleasure of working with.”

After a hugely successful NBA career, Shareef Abdur-Rahim is currently working as president of the NBA G league, the NBA’s program for promising young basketball players.

Abdur-Rahim’s foundation in athletics and social work, combined with her education at Goizueta, have allowed her to fully realize her desire for change in the metro Atlanta community. And in her dedication to relieve the burden of poverty, she has found an ally in Emory University.

“I think Emory’s really focused on helping people like me develop the best education they can to change the world,” Abdur-Rahim said. “I’m really proud to be a part of a university that’s focusing on that type of work.”