Since its founding, Harvard University (Mass.)’s grade point average (GPA) has increased by more than one full point. Yet most of this increase has happened in the last few decades, and it’s part of a broader national trend. Yale (Conn.), Columbia (N.Y.), Princeton (N.J.) and Duke (N.C.) are all guilty of it, too. A study of more than 400 colleges, including Emory, found that more than 40 percent of all awarded grades are As.

A grading system that doles out As leaves no room for nuance between student performance levels. A student who consistently engages with the professor and the material may receive the same grade as students who show up, do what the professor asks and nothing more. A more discretionary grading system would allow professors to give a select number of top-performing students an A, and allows those who do what is merely expected an A- or a B. This type of nuance is necessary to reward the students who put forth the most effort. In 2012, 46.8 percent of Emory graduates earned a GPA of 3.5 or higher, while the average GPA was 3.38. Emory’s average GPA indicates that it may have more discretionary grading than other schools, increasing only 0.10 GPA points in the past decade. Nevertheless, Emory’s average GPA has still increased, so the University should take precautions to avoid being complicit in a system rewarding mediocrity.

An A is supposed to reflect mastery of material, but giving out more As than necessary might give students the false impression that they fully understand what’s happening in a class. A student who makes As in biology courses without truly understanding the material might be underprepared for the MCAT, or, if they do well, may not be the best doctor — creating a whole class of under-qualified professionals.

While grade inflation encourages students to take more classes for fun while mitigating the hypercompetitiveness bred by in toxic high school environments, universities with grade inflation have largely undercut competitiveness. At some institutions, the median grade given out is an A-, while the most frequently awarded grade is an A. If students do not have to work hard in a class to get an A-, what motivation do they have to master the material? Students will strive for mediocrity — just enough to get grades they need to manicure their resumes.

This is also problematic because when students apply for jobs, those who graduate from universities with more lax grading scales might have a more inflated GPA compared to applicants from universities with more nuanced grading systems. This would make students with inflated GPAs more appealing to potential employers, without necessarily being more qualified for the same position. While some employers might be aware of how grading systems operate at different schools, not all of them will, thus disadvantaging students without inflated GPAs.

In order to ensure that students who work hard actually benefit from the academic system, colleges must maintain grading systems reflective of nuance in performance ability and rigor. 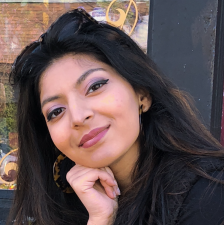 [email protected] | Shreya Pabbaraju (21C) is from Duluth, Georgia, double majoring in Political Science and English and Creative Writing. She previously served as The Wheel's Managing Editor of Opinion, Editorials, and Arts and Entertainment. Pabbaraju co-hosts the WMRE radio show “The Next Best Alternative.” She is also a Center for Law and Social Science fellow, an IDEAS fellow, and a tour guide. She interned for the Institute for Developing Nations, and this past summer (2019) conducted research under the Institute of Human Rights. When she isn’t writing poetry and short stories, she loves to learn about tea and coffee brewing. She hopes to one day master the art of the pun.