Where Pass-Fail Fails Us: Adopt Universal Pass to Assist All Students

To the Emory University Administration:

It would be an understatement to say that the novel coronavirus has shaken universities — it has properly debilitated them.

The past few weeks have demonstrated the shortcomings of American universities, as they scurry to scrap together policies ranging from forced evictions to unclear reimbursement plans. While we commend Emory for taking initiative to protect student health by transitioning to remote learning, a glaring oversight in Emory’s response is the lack of transition to a “universal pass” grading system.

While there are similarities between the pass-fail and the universal pass grading systems, the key difference is that the universal pass system makes it mandatory for all students to set their grading requirements to pass or fail: every student will have the same letter indicating credit for classes taken, indicating the unique semester we collectively faced because of the outbreak, and will count toward students’ majors.  Pass-fail grading will disadvantage students with difficult living situations that hinder their academic performance. A universal pass system, on the other hand, takes the edge out of the competition for high grades and promotes academic equity by requiring every student to be graded on a pass-only basis.

Students who endure extreme socio-economic and health-related hardship should not suffer academic consequences because they lack a financial safety net, stable access to internet or computer resources, or the well-being necessary for scholastic pursuits. As of today, Emory College Dean Michael Elliot released a video statement stating the Office for Undergraduate Education will consider a pass-fail system, in which student requests to take classes pass-fail will be considered. However, such a policy does not fully mitigate the socio-economic disparities that students will face as a result of eviction and corona related emergencies. The University should be accommodating to students during this alarming and unprecedented time, and must give students the flexibility to prioritize their health first with the universal pass system.

In addition, a universal pass ensures that coursework can still contribute to the major requirements for students and keep them on track for graduation, as Emory’s current policy states that pass-fail classes cannot be counted toward a student’s major. Students may have to pay more for tuition to cover the class requirements, which may pose additional financial burdens and compound an already exacerbated economic situation for low-income students.

Students should not have to be rebounding from the intense pandemic, only to be worried about whether they can graduate at all — especially in light of the announcement that this year’s commencement will be canceled. But the circumstances of eviction and the risk of contracting the disease have made it less likely that students can partake in classes satisfactorily.

To accommodate such academic disruption as cited in the student petition, the University  will presumably model colleges like Massachusetts Institute of Technology, Georgetown University (D.C.), Harvard University (Mass.) and Vanderbilt University (Tenn.) which are allowing students to opt in to pass-fail grading. Meanwhile, students at Yale University (Conn.) are currently petitioning for a universal pass grading system — just look at how much the hashtag #NoFailYale is trending on the internet.

When the University does release a more complete statement on the grading transition, we urge them to pick the more accessible and well-thought out solution: the universal pass. In their petition, Yale students argue that it is unjust to expect students facing such “extraordinary circumstances” to perform as well as their classmates who are in relatively more stable situations.

Universities’ responses to COVID-19 nationwide have had serious repercussions for all students, especially low-income and international students. While Emory has agreed to grant some students extended housing, not all petitions to stay were met, which allows for arbitrary decisions that frame student socio-economic circumstances hierarchically. If students were not granted extended housing, they were directed to clear campus by March 22 and have been “placed into further precarity.” The housing evictions have given students a mere six days of spending their own out-of-pocket money to sublet an apartment or fly home, often to strenuous conditions, where outbreaks are exponentially increasing across the world, or to sublet housing which may have limited access to the internet. And as students disperse across different time zones, the University has issued a policy that mentions remote classes will continue to be held in Eastern Standard Time, further posing an issue for those who live far away from Atlanta.

Due to residence hall evictions, many low-income students must struggle with the prospect of homelessness and food insecurity which, according to the Centers for Disease Control and Prevention, has been correlated with lower academic success. International students, regardless of their income levels, will be forced to structure their schedules around online classes that will be held in Eastern Standard Time, faced with potential disadvantages such as inattentiveness and sleep deprivation. Additionally, COVID-19 will cause an especially trying time for students who face asthma-related or other respiratory health complications, which  are significantly correlated with impaired academic performance.

We are experiencing a chilling time, and students are expected to put in incredible scholastic effort when we currently have a hindered capacity to do so. The University should prioritize student health and safety first, and the best way to do that is with a universal pass system. Financial hardship and sleep deprivation will certainly take a toll on academic performance, and we must prepare. Students should follow in the footsteps of Yale students and advocate for this system, because we should not have to choose between our well-being and graduation. What we need now, more than ever, is solidarity among students and the University administration and a commitment to making this difficult time less trying for us all. 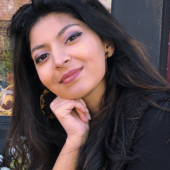 [email protected] | Shreya Pabbaraju (21C) is from Duluth, Ga., double majoring in political science and English and creative writing. Pabbaraju co-hosts the WMRE radio show “The Next Best Alternative.” She is also a Center for Law and Social Science fellow, an IDEAS fellow, and a tour guide. She interned for the Institute for Developing Nations, and this past summer researched under the Institute of Human Rights. When she isn’t writing poetry and short stories, she loves to learn about tea and coffee brewing. She hopes to one day master the art of the pun.

Letter to Our Readers 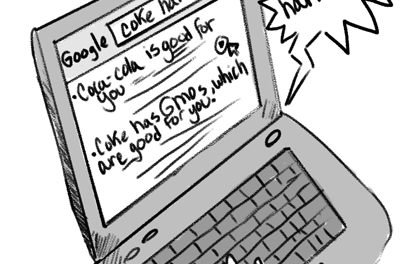