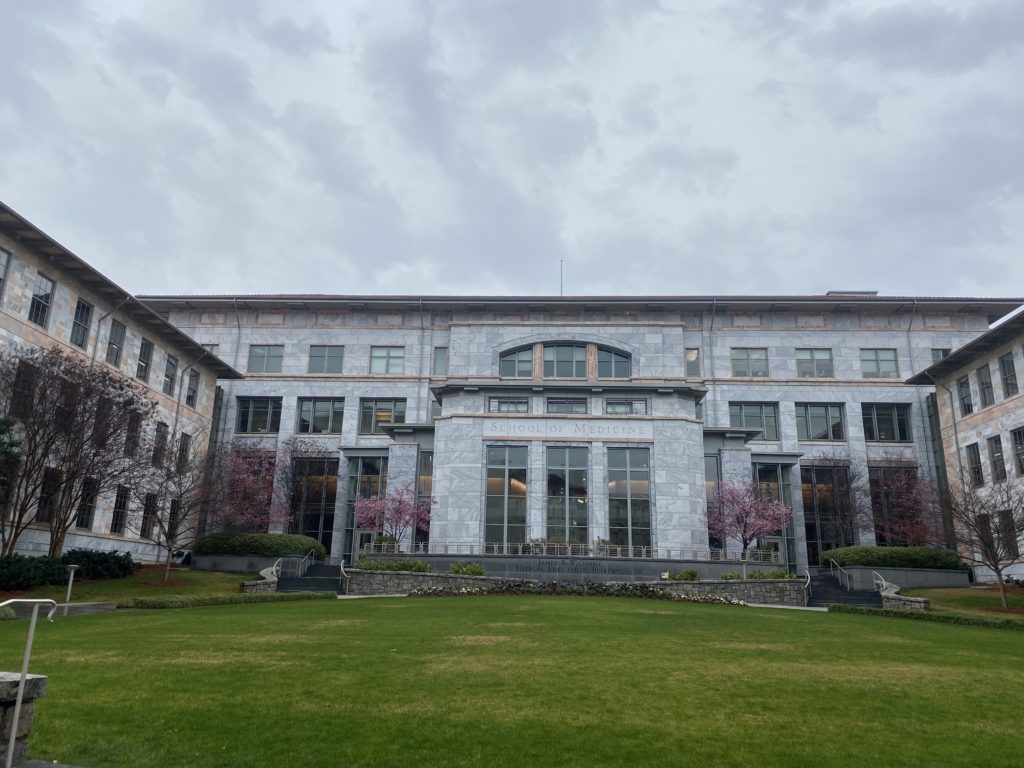 On April 2, Emory’s Vaccine and Treatment Evaluation Unit (VTEU) began participating in the first of three test phases of a COVID-19 vaccine. The first tests of the vaccine began at another VTEU in Seattle on March 15.

The vaccine, mRNA-1273, was developed by scientists at the National Institute of Allergy and Infectious Diseases and biotech company Moderna Inc. The vaccine is the first to reach a clinical trial and undergo human testing. Other vaccines have just started testing or will be tested in the coming months.

The study’s principal investigator, Evan Anderson, said researchers could make an assessment about moving to the next phase of testing as early as June. Anderson is also an associate professor of pediatrics and medicine at Emory’s School of Medicine.

Unlike previous vaccines that contain a version of the virus or bacteria it is protecting against, mRNA-1273 does not contain the coronavirus and cannot cause infection. Instead, it relies on messenger RNA (mRNA) technology. The vaccine works by injecting mRNA into the body, which then instructs cells to make the spike protein found on the surface of the virus.

Researchers hope that the antibodies developed through mRNA-1273 will neutralize the virus by binding with the spike protein and preventing it from causing infection.

While mRNA vaccines allow for faster development, if approved, this would be the first time an mRNA vaccine is licensed and used for humans, as previous proof of the method’s effectiveness has only been shown in animal testing.

Phase 1 tests the vaccine’s safety, appropriate dosage levels and its elicited immune response, which is primarily measured through antibody effectiveness, Anderson said. If the vaccine moves onto Phases 2 and 3, several thousand participants would be tested before the vaccine’s licensure by the U.S. Food and Drug Administration.

Adult participants, aged 18 to 55, receive one of three dose levels: low, medium or high. Each cohort, comprised of 15 people, receives two doses of the vaccine over 28 days, and Anderson said all cohorts in the low and medium dose levels have already completed their first dose. Participants receiving the high dosage are split into two groups, with four participants set to receive their first dose this week. The second high-dosage group will be administered the vaccine after the first group is tracked for a week to ensure their safety.

The vaccine could move to Phase 2 after all participants have been assessed for four weeks following their second dosage. However, Phase 1 participants will have long-term safety follow-ups for another year. Anderson hopes that the Emory VTEU will have the opportunity to participate in Phase 2 testing.

Anderson warned that, although he remains optimistic, most vaccines do not complete Phase 3 testing. And while the tests for mRNA-1273 have progressed quicker than usual, the vaccine will not be available to the public for at least another year.

“We’re cautiously optimistic, but in general, most vaccines that start out in Phase 1 clinical trials do not make it all the way through,” Anderson said. “The vast majority of vaccines fail somewhere between Phase 1 and Phase 3.”