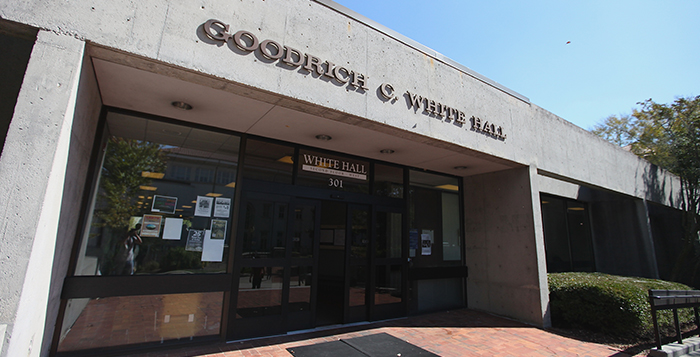 I recently read a Los Angeles Times staff editorial online called “Warning: College Students, this editorial may upset you,” a title both appropriate and exceptionally misleading. I admit that I initially only clicked on the link because it sounded provocative and captured my attention instantly. The article turned out to be nothing like I expected.

The topic of the article was “trigger warnings” and how they are being implemented in the academic setting of two colleges in particular. It went on to explain that trigger warnings, or a warning given by a professor or writer about the potentially graphic or psychologically upsetting material that is to be discussed, are now required at Oberlin College in Ohio and are strongly encouraged by student resolution at the University of California, Santa Barbara. These guidelines, in the case of UC Santa Barbara, call for professors to write on the syllabus which days may contain subjects that may trigger feelings of discomfort or distress. It calls for students to be excused from class those days without academic penalty. While the LA Times mentions that student resolutions are guidelines and do not have to be followed exactly, the situation at Oberlin College in Ohio is slightly different. At this institution, as quoted in the LA Times editorial, professors are told “Triggers are not only relevant to sexual misconduct but also to anything that might cause trauma. Be aware of racism, classism, sexism, heterosexism, cissexism, ableism and other issues of privilege and oppression. Realize that all forms of violence are traumatic.”

At Oberlin, the LA Times writes, professors are encouraged and “advised to remove ‘triggering material’ from their courses entirely if it is not directly related to the course’s learning goals.” The issue of trigger warnings is a complicated one. In theory, and often practice, trigger warnings are a brilliant idea. It is of exceptional importance to take into account other people’s experiences and core identity traits that may influence their feelings and to attempt, as a society, to prevent further trauma from affecting the victims of violence or other hate induced actions.

In no way do I wish any harm, physical or mental, to come to anyone based upon a trait, experience, or characteristic they are unable to control. However, the issues presented in the LA Times article are ones that are of increasing importance on college campuses today and need to be discussed. The editorial claims that asking Oberlin professors to remove potentially triggering material from their course whenever it is not directly related to the course’s learning objectives. This seems, to me, to be a little unnecessary, but not for the reason of censorship that the LA Times is pushing. One example of such censorship is the listing of Chinua Achebe’s novel Things Fall Apart by Oberlin College as a potentially triggering book “because of its themes of colonialism, racism, religious prejudice and more.” The point of the LA Times editorial is that according to psychologists, almost anything can be triggering, not just a discussion of similar events to the traumatic one.

The editorial states that “colleges cannot bubble-wrap students against everything that might be frightening or offensive to them” and uses this to speak to the point against Oberlin’s move to eliminate unnecessary potentially triggering material from its curriculum. While I do see where the LA Times is coming from on the point about literature and seemingly ordinary moments acting as triggers, I think it was unnecessary of Oberlin College to ask professors to remove this material because, in actuality, the material would probably not be included by the professor if it wasn’t necessary. I do not think professors at Oberlin, or any institution, include material that would require a trigger warning for any reason other than academic necessity. It seems like a stretch to me to think that professors are discussing sexual assault and violence in classes just for fun and for no academic benefit. Because of this, asking professors to remove this material if it is unnecessary is, in itself, unnecessary.

Another good point brought up about the situation in UC Santa Barbara is the question of making up work. If a student chooses to miss a trigger-warned class, how is s/he to make up that assignment or answer test questions? To allow for the assignment to be missed would be unfair to the other students, unless the professor compensated for this in some way. As for test questions, this is a trickier situation. It is again unfair to avoid the material as, if it is included in the course, it is probably of some academic importance. I support the idea that trigger warnings be introduced into the classroom as a way to make all feel welcome, I just have some questions about how it is being introduced into the university system.

The LA Times article advocates an individualized approach with students openly discussing their diagnosis of Post-traumatic Stress Disorder with their professor and obtaining permission to miss class due to the trigger warned material. This doesn’t seem like the best option, as it might create a situation in which the privacy or safety of the student is violated. This is new territory and while there may be a limited number of ideas currently on how to handle this situation, I am sure as it becomes more common, an appropriate solution will be found.

The sad truth is that many subjects are based on the very trigger warning-required topics that Oberlin wants professors to eliminate. As stated above, these included classism, cissexism and racism. While Oberlin does stipulate that it can be included if it is academically necessary to the course goals, even this line is ambiguous. For example, imagine a history class. In that class material there will be racism, classism, sexism and many other forms of oppression and privilege based on gender and other life situations. To avoid a discussion of these topics would be to avoid history, which would be a detriment both to individuals and society as whole. If we avoid all discussion of topics because an individual may be harmed by their discussion, then no topics would be discussed.

This idea of avoidance brings up a difficult line in the definition of trigger warnings. A trigger warning doesn’t necessarily mean the topic is avoided, just that students are warned. But seeing as there is currently no fair way to allow some students to discuss the topic while not unfairly punishing or helping the students who wished to avoid the subject, it seems as though the only option is total avoidance in the name of fairness. It is when issues of racism, classism, sexism and any other instances of privilege and bias are not discussed, that they continue and become even worse. Many college students push for awareness, and there is no better place to become aware than in a classroom. I want people who may be harmed to be protected from harm, but we cannot afford to stop discussing these issues in college classes.

The discussion of issues is a better way to facilitate change. I do agree that students who feel uncomfortable or offended by some of these topics should be allowed to leave through their own personal choice, though how this will be handled is still a work in progress. That being said, discomfort and harm come in many forms and from many triggers. All feelings should be handled and acknowledged equally. I am advocating that no one be put in a situation that they may find to be physically or mentally harmful. My hope is that universities, in conjunction with faculty and students, can identify an appropriate and fair way to prevent harm from coming to students while also addressing the issues and subjects that need to be addressed in order for positive social change to be engineered.

– By Alli Buettner, a College sophomore from St. Louis, Missouri.