The men’s basketball team continued their season by taking on the University of Chicago (UChicago) Maroons and the University Athletic Association (UAA) leading Washington University in St. Louis (WashU) (Mo.) Bears at home, losing to UChicago before bouncing back to win against the Bears. The women’s basketball team also went 1-1 for the weekend, falling to the Bears after defeating the Maroons. Emory’s baseball team similarly opened their season with an 8-0 win over Virginia Wesleyan University before falling to Birmingham-Southern College (Ala.) on Sunday.

Men’s basketball’s four-game win streak was snapped at home, falling 84-76 to the Maroons. Junior guard Romin Williams and junior forward Lawrence Rowley led the scoring with 14 points apiece, but it was not enough to take Emory to victory. The Eagles held a slender lead with eight minutes left on the clock, but the Maroons capitalized on Emory’s poor shooting and went on a 16-0 run. Though the Eagles tried to mount a comeback, they ultimately fell short. The difference between the two teams lied in their respective capabilities to convert field goals. While the Maroons converted 46 percent, the Eagles shot only 34.2 percent, including only 31.6 percent in the final 20 minutes.

The Eagles then took on the Bears at home, bouncing back in a 73-68 triumph over the No. 11 team. Junior guard Nick Stuck led the Eagles with 19 points on six of 13 shooting from the field while junior guard Matthew Schner contributed an impressive 13 points. The Eagles trailed by 10 points with less than 11 minutes left in regulation but showed great character to rally back and beat a tough opponent. The Eagles powered through and defeated the Bears, bringing their UAA record to 7-2. Now tied for first in the conference, the Eagles will take on their rivals, the New York University (NYU) Bobcats, in a Valentine’s Day matchup with hopes to improve their 17-3 record.

The women’s basketball team also had a mixed showing over the weekend, starting with a 51-39 win over the UChicago Maroons on Feb. 7 that tied them for the top spot of the UAA. The win reversed a two-game slump for the Eagles and brought them to six conference wins overall. The team’s powerful defense kept the 75 points-per-game average Maroons to only 39 points. On the offensive front, senior guard Allison Chernow scored a game-high 15 points on six of 14 shooting from the field with senior forward Erin Lindahl adding 14 points.

On Feb. 9, the Eagles slipped to 15-5 overall and 6-3 in the UAA as they were trumped 72-61 by the WashU Bears. It was a night of celebration for Lindahl, however, as she became the 11th player to reach 1,000 career points for the Eagles. Lindahl had a total of 13 points in the game. The Eagles were only down by two at halftime, but started to fall behind at the start of the second half as the Bears raced to a 49-39 lead by the end of the third quarter. There was no looking back for the Bears after that run, and they won by a comfortable 11 points. With five games to play, the Eagles now stand in a three-way tie for first place in the conference and will return to action Feb. 14 when they will host the NYU Bobcats in what promises to be a crunch showdown.

The baseball team started their 2020 campaign with an 8-0 shutout of the Virginia Wesleyan Marlins on Friday. Senior pitcher Richard Brereton pitched 5 1/3 innings scoreless to record the win, aided by three debutant pitchers to combine for the shutout. The Eagles were consistent at bat, keeping the pressure on the Marlins throughout the entirety of the game. Brereton added to his outstanding pitching performance with a sound hitting performance as well, going 3-for-4 and driving in two runs. Junior outfielder Jack Rubenstein added two more runs batted in for the Eagles, going 1-for-2 with a double and adding two more hits by pitches to his account, surpassing former outfielder David Hissey (09B) for the program record with 34.

The Eagles then took on the Birmingham-Southern College Panthers on Sunday, falling 4-1 after a late rally by the Panthers. Sophomore pitcher Jack Brodsky had a solid starting pitching performance as he went five innings with just three hits, allowing zero runs and striking out five batters. The Eagles, however, could not get the bats going. Despite tallying seven hits, they could only convert one to a run. Brereton continued his brilliant start to the season with the only RBI for the Eagles, while junior center fielder Michael Edelman went 2-for-4 at bat and finished as the only runner to come home for the Eagles. The squad finished their opening weekend 1-1 and will now hit the road to take on Millsaps College (Miss.) on Feb. 14. 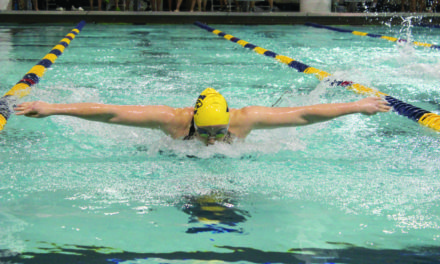