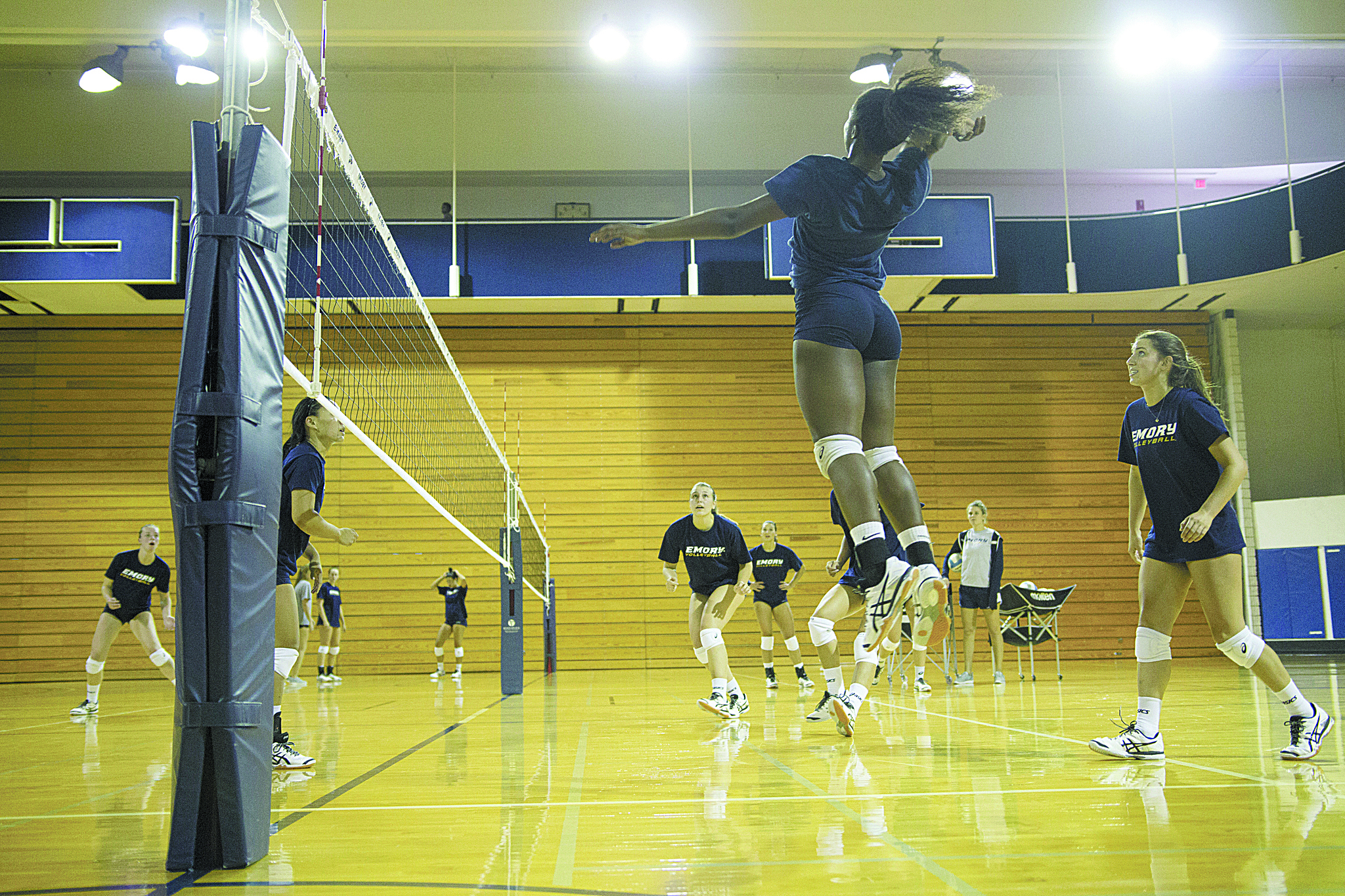 After an eventful 2016 season that concluded in an NCAA quarter finals appearance, the Emory women’s volleyball team returns to the court this fall ready to take it all the way.

While the team did not have a set starting lineup, the Eagles won both scrimmages.

“It really shows how deep the team is and how easily we can adapt to change,” junior defense specialist Mila Barzdukas said. “This program will be so successful because we all have been working so hard.”

Eight days before preseason, 14 upperclassmen players and Head Coach Jenny McDowell traveled to Nicaragua to face the Nicaragua Women’s National Volleyball Team and to volunteer and bond as a team. While away, the team adapted to playing on concrete courts and volunteered at a preschool and a center for those with special needs in addition to hosting a volleyball clinic. Much of the trip’s events were recorded in the team’s blog over the course of the week.

As a result of the trip and the particular timing of this year’s orientation activities, the team’s preseason lasted for a shorter time than usual. Even with the shorter preparation period, both Barzdukas and McDowell emphasized that the work the team has done during the offseason will hopefully have positive effects for the team this year.

“Our 14 upperclassmen returned in incredible shape, which really got us off on the right foot,” McDowell said. “It will be hard to replace our three seniors from last year … because those are big shoes to fill, but we have some people who are ready and excited to step up.”

With 26 players on the squad, the Eagles boast a diverse and talented roster. This year, the team welcomed a strong freshman class of seven players.

The Eagles have only one senior playing, setter and co-captain Hannah Billings. Junior middle hitter Sydney Leimbach, who was an an All-American Honorable Mention last season, will also serve as co-captain.

In the meantime, the head coach said that she is gearing up for an intense season with her players.

“We’re really focusing on our ball control, because along with our passing, this team has the potential to be one of our best serving and passing teams that we’ve had in a long time,” McDowell said. “Our setting and leadership will improve our team and give us the ability to take our game to the next level.”