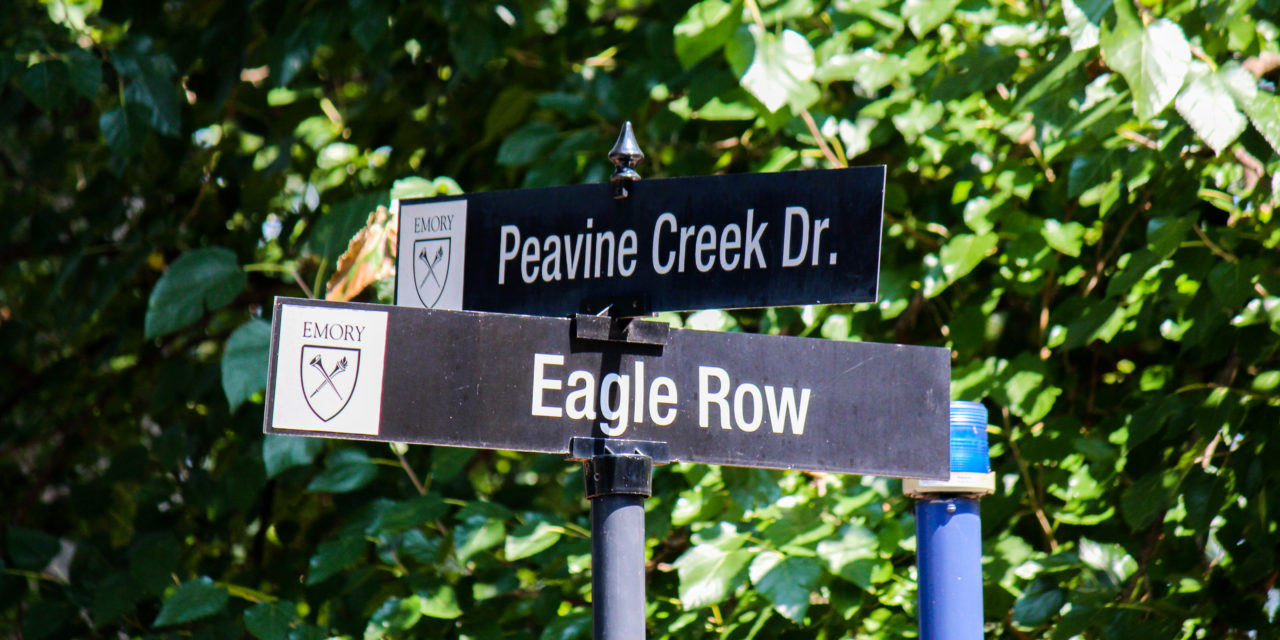 It’s no secret that recent events, both at Emory and in the national landscape, have led to friction between Greek life and the Emory administration. In an effort to resolve tensions, the Division of Campus Life and a secret society called Ducemus have partnered to develop a Greek Life Task Force. Ducemus, a secret society comprised of five seniors, recently approached the Division of Campus Life with concerns about the Greek community and will help in choosing members of the new task force.

In an anonymous editorial published last week in The Emory Wheel, Ducemus said the task force will “provide the framework for productive conversation leading to tangible change.”

The task force will be transformative, according to Nair. He says the group is about making Emory’s Greek life nothing short of “the very best Greek life in the country” by working on four major areas of improvement: relationships with national organizations, strong advising, self-governance and the University’s role.

“There are overwhelmingly positive things about Greek life,” Nair said. “But are there things that could be better? Absolutely. And we haven’t acknowledged this in a constructive way yet — we haven’t really done that hard work, and this is the year.”

Despite Nair’s optimism, the method of choosing representatives for the task force does not sit well with many students.

College junior Ally Beyer said that students should have to apply for the position to assure that all sides are represented – both “people that are intensely into Greek life and some hardcore Greek haters.”

Although the members of the task force have not yet been finalized, Nair firmly believes that the selected members will be illustrative of community interests.

Nair and Assistant Vice President for Community Suzanne Onorato, who will be leading the task force’s efforts, requested involvement from a number of student groups including the Resident Hall Association, resident advisors and sophomore advisors, Greek Council, Student Government Association members and Orientation Leaders. In addition, many students personally approached Nair and Onorato asking to participate on the task force.

“Our list [of prospective task force members] represents all aspects of student life,” Nair said. “I also feel comfortable because it won’t end there — we’re committed to having open forums where anybody can participate.”

The focus of the task force is to engage the wider student body as much as possible in a student-centered approach, Nair said.

Onorato says the group will be constantly working to “broaden input from the community and allow for intentional conversation across different groups of people.”

She says one way to do this is having a core task force lead subgroups to focus on the four specific areas of improvement in Greek life. Moreover, Nair believes in not limiting the task force to its members, but broadening opportunities for community-wide feedback where anybody can offer their opinions.

“We still have to figure out how to do that,” Nair said. “It could even happen through an online system, or in-person through a town hall — there’s lot of ways to do it, but we’re committed to that, because recommendations won’t be of great value to us if it’s a small group of people making some decisions.”

Some students are happy Emory is taking steps to improve Greek life with a focus on inclusivity.

Getting opinions from both Greek and non-Greek students is important, according to Alpha Delta Pi sorority member and College sophomore Gurbani Singh.

“Its important Emory is as inclusive and diverse as possible — not just in race and gender, but also across interests and personalities,” Singh said. “Being inclusive is just another step in building a better community.”

Other students, however, don’t agree with how the administration deals with Greek life.

Students who are not members of Greek life echo Hernandez’s sentiment.

Nair says that one of the greatest difficulties the task force will encounter is challenging these widely held beliefs.

“I think it will be really hard for us to convince students that we are being authentic about this,” Nair said. “We really want transparency. We really want community input and we want this to be a community decision.”

After hearing about the task force’s focus on resolving tension between Emory Greek life and the administration, Hernandez offered words of cautious optimism.

“I think the task force will be a good middle ground, so Greek life and the administration can compromise on certain issues,” he said.

On the other hand, many Greek students believe nothing good for Greek life can come out of the administration.

“I feel like Emory just has a plan to eventually get rid of Greek life,” Kappa Sigma fraternity Vice President and College junior Julian Rodriguez said. “I think they don’t realize how much Greek life contributes to the Emory experience, and how much we get involved in Emory activities and promote community involvement.”

His attitude reflects deep-seated antagonism held by many Greek students towards the administration. While Dean Nair firmly insists that the administration is focused on partnership, until the Greek Life Task Force begins to enact real positive change, it will likely take time and effort for the idea of a pro-Greek administration to gain momentum as it pushes against a mixed reputation in the Greek community.