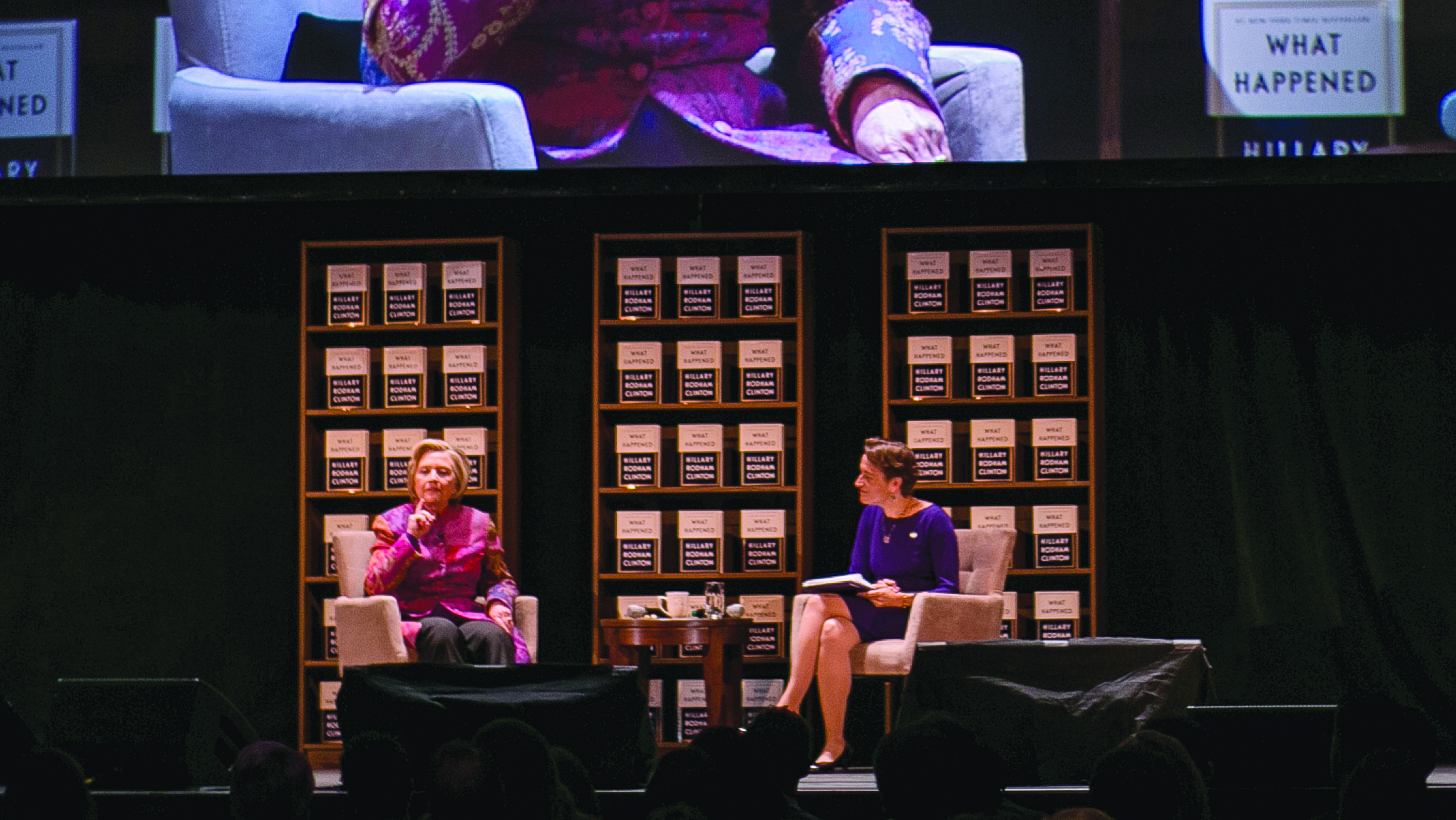 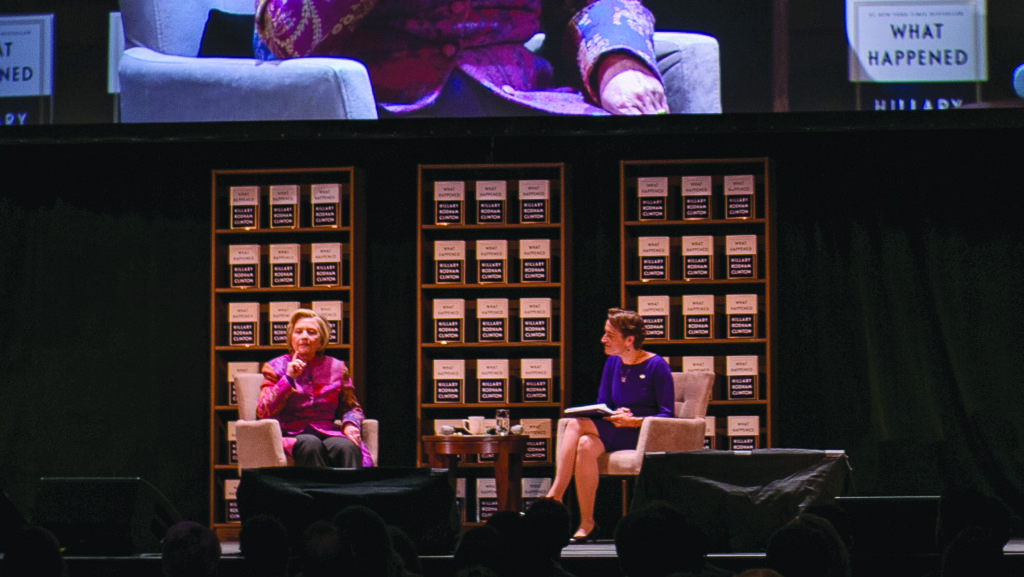 Former Presidential candidate Hillary Clinton reflected on her time on the campaign trail and discussed her plans for the future at a book tour stop event at the Fox Theatre Nov. 13 to an almost sold-out audience.

“I wanted to pull back the curtain on one of the wildest elections in American history,” former Secretary of State and 2016 Democratic presidential candidate Hillary Clinton said Nov. 13 at Atlanta’s Fox Theatre.

In both her September 2017 book “What Happened” and the accompanying tour, Clinton said she hoped to “take the gloves off” and explain her experience as the first woman to win a major political party’s presidential nomination.
Clinton answered four pre-collected audience questions from Agnes Scott College (Ga.) President and moderator Elizabeth Kiss for more than one hour to an almost sold-out crowd at the 4,678-seat capacity venue.

The lack of conversation about Russian interference in the 2016 election inspired her to return to the public eye, Clinton said.

“What we learned about Russian interference in this election is more than alarming — it is a clear and present danger to our democracy,” Clinton said. “We know that they intruded and hacked into voter rolls, and there’s increasing evidence that it went further than that. If it had been reversed and I had been in the White House … I would have had a presidential commission that would have subpoena power to get to the bottom of what happened.”

The former presidential candidate also wanted an opportunity to respond to critics who told her to “go away” after her loss.

“If they had left me alone I might still be wandering in the woods,” Clinton said, referencing several pictures taken of her hiking in the woods after her loss that went viral online.

Amid pleas for her to run in 2020 from the audience, the former candidate did not address if her name would ever appear on a ballot again, but said that her future plans include campaigning for Democrats in the 2018 midterm elections. She pointed to Democratic victories across 2017 elections, including Ralph Northam’s win over Ed Gillespie in the Nov. 7 Virginia gubernatorial election last week as reasons for her supporters to remain hopeful about American politics.
“I’m going to spend a lot of 2018 doing everything I can to help elect Democrats and continue to help elect a majority in the house, and I don’t think that’s at all far-fetched,” Clinton said. “In elections across America, hope beat hate.”

“The only way we’ll get sexism out of politics is if we get more women into politics,” Clinton said. “It’s so important that we send a clear and unmistakable message to our girls and young women that you are valued, that your voice counts, that you have the power to shape your own future and you should pursue your dreams.”

She urged attendees not to give up because she believes that “the fever is breaking and the tide is turning.”

Although the event had a serious  tone, Clinton took time to humorously address her coping strategies in the wake of the election.

“I watched a lot of HGTV and went into a frenzy of cleaning and organizing my closets … and yes, I had my fair share of chardonnay,” Clinton said. “I also read a lot, especially mystery novels, which I like, because they normally get the bad guy at the end.”

The former first lady also criticized President Donald J. Trump’s faith in Russian President Vladimir Putin, who has claimed that Russia did not interfere in the 2016 election, contradicting U.S. intelligence reports, according to the The New York Times.

“For the president to call distinguished Americans … like former Director of National Intelligence James Clapper and former CIA Director John Brennan ‘political hacks’ for trying to get to the bottom of what really happened in 2016 is astonishing, and worse, [it] plays right into Russian influence,” Clinton said. “It is shameful. The president swore an oath to faithfully execute the law and defend our constitution and he should do his job.”

Clinton admonished the Republican Party’s inability to repeal the Affordable Care Act after it took control of Congress and White House.

“For seven years, the Republicans went around yelling ‘repeal and replace the Affordable Care Act,’ but then like the proverbial dog that catches the car, they had no idea what to do,” Clinton said.

Applause was a recurring theme throughout the night, as Clinton had to pause several times to ride out cheers, fist pumps and “Hillary” chants.

“When the definitive history of the long struggle of American women for equal rights and respect is written, her name will be forever remembered and celebrated as the woman who put 65,844,954 cracks in the highest, hardest glass ceiling of all,” Kiss said to introduce Clinton.

Jenny Russ (20C), who voted for Clinton in 2016, said she had an “amazing time” hearing Clinton share her thoughts.

“She was inspiring and funny and really candid,” Russ said. “It was just a really special experience.”