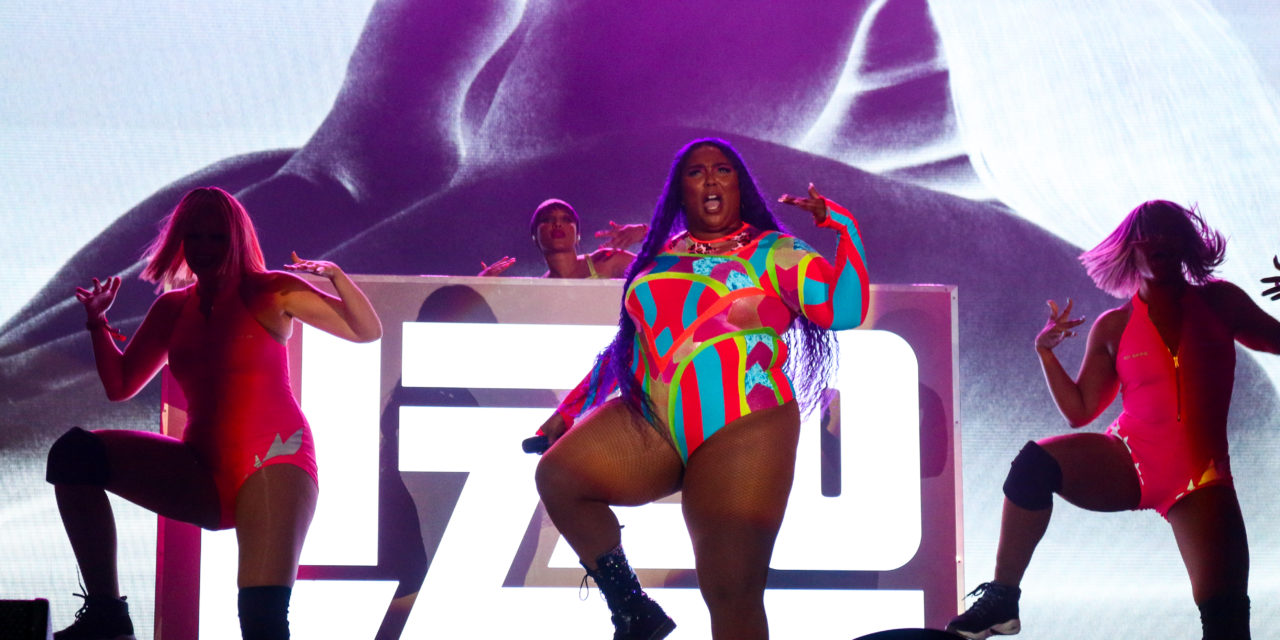 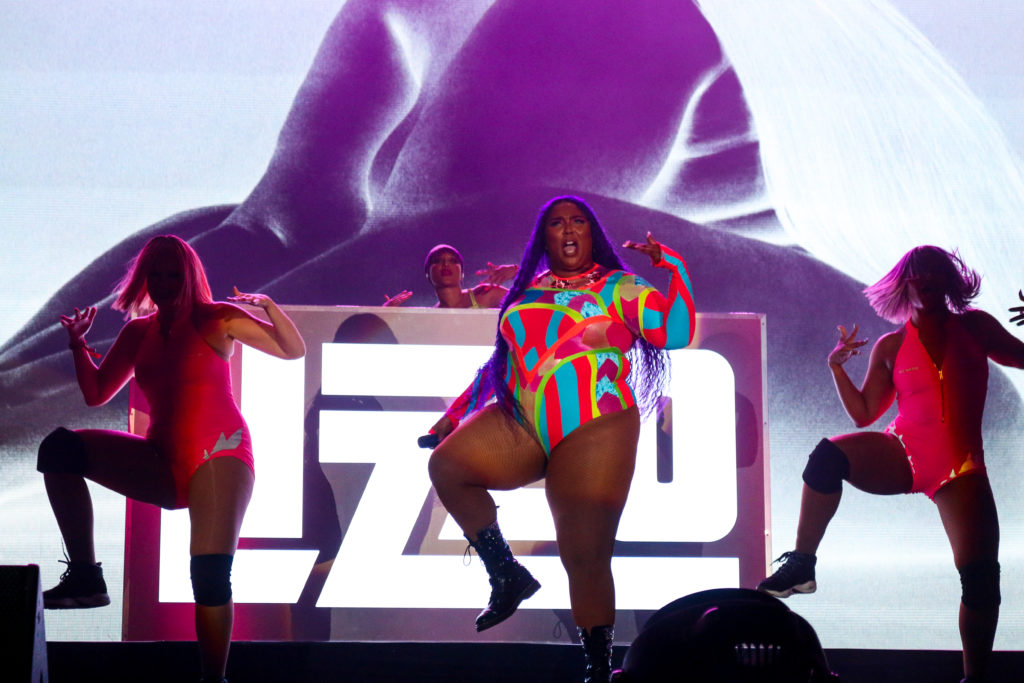 Back for its ninth iteration in its modern two-day format, Music Midtown catered to pop, hip-hop and rock fans alike, with headlining sets from chart-topping artists and a number of jaw-dropping moments from 2019 sensations Lizzo, Billie Eilish and more.

Despite temperatures in the 90s on both days of the festival, Sept. 14 and 15, about 50,000 fans turned out to Piedmont Park, according to the Atlanta Journal-Constitution. A majority of attendees resembled the age demographic of the younger acts, which included 21-year-old rapper Jaden Smith and the teen alt-pop phenom Eilish.

Fans started crowding the barrier of the festival’s four stages on Saturday afternoon. At one early performance by pop singer Madison Beer, she described the audience as the largest she’d seen and thanked them for her “best show ever.” Beer showed off her vocal prowess, adding runs to her singles “Home With You” and “Dead,” both off of her 2018 debut EP, “As She Pleases.” In what may have been a nod to her earlier days in the industry (Justin Bieber discovered her YouTube covers in 2012), Beer performed a stripped-down rendition of Radiohead’s “Creep.” She wrapped her set with “Dear Society,” a single from her forthcoming debut album, “Life Support.”

Sigrid, another pop breakout on the bill for Saturday, brought her trademark carefree and spunky lyrics to the Roxy Stage, leading an energetic crowd through multiple chants and sing-alongs. The Norweigan singer and songwriter bounded across the stage, grooving in time with her band and colorful visuals, as she performed tracks off her 2019 full-length debut “Sucker Punch.”

In contrast to the relatively loose nature of Sigrid and Beer, alternative artist Banks performed a tightly choreographed showcase of tracks off her latest LP, “III,” and 2014’s “Goddess.” Adorned in all black and accompanied by two dancers, Banks made the camera crew capturing her performance work to keep up with her synced movements, as she utilized all parts of the Roxy Stage. While she managed to captivate audience members in the pit closest to the stage, her dark music and visual aesthetic would have benefited from a later set time after the sun went down. Banks was one of a number of sets streamed live on the Music Midtown Twitter account, a new feature for fans watching along at home. This addition worked more smoothly than Music Midtown’s new augmented reality “festival experience” app partnership with Hyundai, which promised backstage views but served up little more than a car ad.

While pop singer Charlie Puth and pop-punk band Panic! at the Disco closed out Saturday evening on the larger Salesforce Stage, the night clearly belonged to Lizzo and rapper Cardi B. Despite performing on the slightly smaller Roxy Stage, both women drew crowds that spilled out hundreds of yards from the stage into the viewing area of the adjoining venue.

Up first, Lizzo proved that she is truly a force to be reckoned with. Since the lineup announcement in June of this year, Lizzo’s 2017 single “Truth Hurts” has rocketed up the Billboard Hot 100 chart after placement in the Netflix film “Someone Great.” The song currently sits at No. 1 as of Sept. 17. Before getting to the hit single at the end of her set, the singer took time to marvel at the size of the crowd, much larger than her last Music Midtown appearance just two years ago, and she led the group in screaming self-love affirmations at the top of their lungs. Along other artists who preach self-care and body positivity, Lizzo seems to deeply believe in her mission, which comes out through the lyrical content of songs like “Soulmate” and “Tempo” off of her 2019 album “Cuz I Love You.” The singer took time to call out U.S. President Donald Trump and talk show host Bill Maher for spreading hate and discouraged the marginalization of the body positivity movement as a trend to be latched on to by companies looking to score points with consumers. Of course, Lizzo’s message is second only to her talent, proven by her hyper-energetic set in which she showed off her belting, rapping, dancing and flutist skills in equal measure. The lack of a live band or dynamic visuals à la her MTV Video Music Awards performance were the only downsides to her set, and these would’ve only enhanced the performer’s powerful hold over the all-ages crowd.

After a shoutout from her “Hustlers” co-star, Cardi B brought similar amounts of energy to the Roxy Stage to close out the first night of music with a troupe of dancers and a dazzling visual package. The rapper twerked and popped her way through more than a dozen of her singles and features including Maroon 5’s “Girls Like You,” Bruno Mars’ “Please Me,” and her own “I Like It” and “Money.” Cardi B punctuated her songs with several comical asides, offering tidbits about the creation of the tracks; the weather and the city of Atlanta; and whatever else seemed to catch her attention. At one point, she encouraged the audience to look at the sky and “make a wish.” Upon noticing the lack of stars in the Atlanta skyline, she told the crowd to “make a wish on a fucking airplane!” before breaking out into her signature cackle, as a segue into performing “Wish Wish.” Cardi B closed the night with “Bodak Yellow,” before letting out a playful “The End. Okurrr?” and exiting the stage.

At the same time, on the opposite end of the park, Panic! at the Disco treated fans to a career-defining set by the band’s sole-remaining permanent member, Brendon Urie. Backed by a horns section along with the band’s normal touring members, the 90-minute set included singles “Hey Look Ma, I Made It” and “High Hopes,” both from 2018’s “Pray for the Wicked,” as well as earlier hits like “I Write Sins Not Tragedies” and “Girls/Girls/Boys.” Urie displayed a high level of energy throughout the night, quickly removing his jacket and playfully remarking that he needed to exercise more, as it was his first show in several months.

Notwithstanding some first-day kinks with checking festivalgoers through security and ticketing quickly, the festival itself ran logistically smoother than it has in recent years. Even better, there was no rain like in 2016 and 2018. An increase in food and drink booths meant less time spent in line, although prices remained fairly high for both (think $15 for a can of beer and not a meal to be found for less than $10). In addition, the barren Piedmont Park could use more shade and water stations for those willing to brave the humidity to catch a glimpse of their favorite artists.

Despite a noticeably more tired crowd at times, the music showed no signs of stopping on day two, which featured standout sets from diverse acts including hip-hop artist Taylor Bennett and alternative rock mainstay Cold War Kids. Pop-rockers Walk the Moon served as one of the larger draws of the day, and they proved to fans and onlookers alike that they had more to offer than their well-known singles, including “One Foot.” The band played three tracks of their upcoming fourth studio album, cuts from 2017’s “What If Nothing” and yes, their 2014 smash hit “Shut Up and Dance,” which even lead singer Nicholas Petricca described as “overplayed.” Still, the groovy tune got the whole crowd moving before the band closed with their debut single and perennial fan favorite, “Anna Sun.”

Although she was not the closing act, Sunday belonged to Eilish, the first and only artist to date born in the 2000s to net a Billboard Hot 100 single with “Bad Guy.” The 17-year-old opened and closed the set with the track to cheers from the massive crowd at the Salesforce Stage. In between, Eilish seemed equally at ease commanding the crowd to jump in unison on bangers like “Bury a Friend” and “You Should See Me In A Crown,” as well as with ballads like her debut single, “Ocean Eyes,” which was carried only by light accompaniment to her airy-yet-emotionally resonant voice. Unfortunately, her almost whispery vocal tone, accompanied by bass-heavy instrumentals, did not carry well across the field, and it left those to the sides and back of the stage struggling to hear some of her lyrics over audience chatter.

The festival concluded with a choice between two very different headliners: for the alt-rock inclined, the band Vampire Weekend, and for auto-tune aficionados, superstar rapper Travis Scott. Both stuck to their strengths, with Vampire Weekend providing a low-key jam session for seated attendees with a number of their tracks from their latest LP, “Father of the Bride,” meandering past the five-minute mark. In opposition, Scott worked his way through smash singles “Goosebumps,” “Antidote” and more. He reminded the crowd that “No matter what, always go sicko mode,” before performing the chart-topping track. Trippy visuals and lasers accompanied the rapper’s high-energy performance, and they often kept him in neon silhouette à la Kevin Parker from Tame Impala (a producer from Scott’s 2018 album, “Astroworld”). The set also featured special guests Offset (of Migos fame) and Playboi Carti.

Music Midtown serves as a great “starter festival” for high school and college students due to its urban location, which means no camping and the ability to be home by midnight curfew. It’s relatively low price point of approximately $155 provides a great value compared to a typical concert, but the $49 in “convenience” fees are overbearing and it remains unclear who they are “conveniencing” other than promoter Front Gate Tickets.

While Piedmont Park’s city backdrop is certainly picture-esque, the urban location means no on-site parking. Fortunately, Emory students in particular had the benefit of  College Council’s Emory Experience shuttles, this year available on both days of the event for the first time. While I offer my kudos to the bus drivers for skillfully navigating Midtown event traffic, the buses frustratingly left the park about five to 10 minutes prior to the posted departure time upon filling up, leaving students who showed up at the correct time checking their phone for an Uber. Also, more shuttles should’ve run on a tighter schedule at the conclusion of the event. (Why did the service go every half hour through 11:45 if music ended nearly two hours earlier on Sunday night at 10 p.m.?)

With the 2019 festival season in the books, Music Midtown continues to fire up Atlanta’s thriving music scene, especially as mid-September temperatures continue to feel more like July. Even the artists could sense the heat. “My vagina is melting, y’all,” Lizzo exclaimed from the stage.

From the volume of cheers, it sounds like the audience could definitely empathize with her.