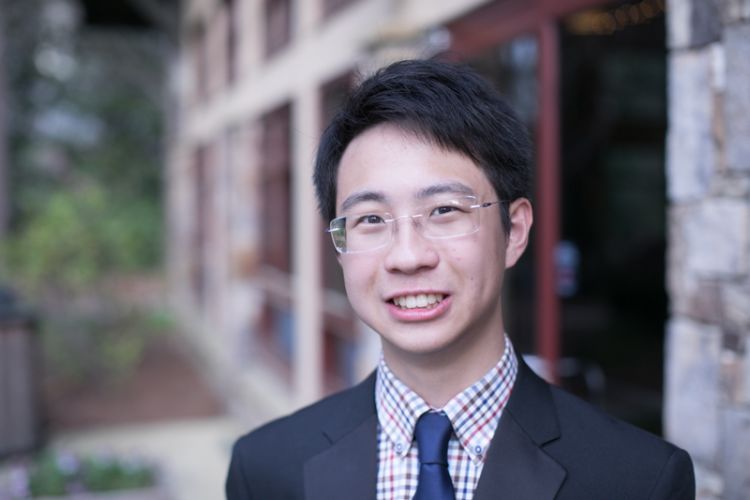 Courtesy of Emory Photo and Video

Emory sophomore Albert Zhang Liang, a quiet yet determined student devoted to improving the campus community, died on Friday morning, according to an email sent to the Emory Scholars Program by Senior Associate Dean for Undergraduate Education Joanne Brzinski. He was 17 years old. Details of his death have not been released.

Zhang Liang, who went by Zhang, quickly climbed the ranks of several student organizations during his time at Emory and is remembered by friends and colleagues as selfless and undeterred in his mission to better the world around him. Within his first few weeks on campus, Zhang dove into his studies and extracurriculars, exhibiting a level of intellectual curiosity and passion across a variety of subjects that perhaps exceeded those of most freshmen.

Zhang was a Robert W. Woodruff Scholar and the vice president of communications for College Council. He was also a senior reviewer for the Emory Journal of Asian Studies, co-editor-in-chief of the Emory Undergraduate Medical Review, executive board member of the Media Council, member of Federal Defender Program, Inc. and former assistant news editor for The Emory Wheel.

“We called [Zhang] the ‘god’ because there was nothing [he] could not accomplish, even when it seemed humanly impossible. When the odds grew bleak, [his] ambition, tenacity and drive shone even brighter, always to my amazement,” Stevenson wrote in a statement to the Wheel. “[Zhang was] the hardest worker I will ever have known, had the greatest laugh that I will always remember and [was] full of endless optimism and grit that will endure with me forever. On [his] quests for justice and pursuits of truth, [he] made this world a better place. I could only imagine what [he] would accomplish, as [he] already had done so much.”

Although he could seem quiet at first glance, Zhang was often quite gregarious and regularly instigated debate among his peers. His investment in the groups and people he cared for often superseded his personal interests.

An acquaintance in high school, turned close confidante in college, Michael Cerney (21C), said that when he thinks of Zhang, he remembers a conversation they had about Zhang’s strong conviction to improve the University campus.

“If there’s one defining trait of Albert’s time at Emory, it was how incredibly involved he was to the benefit of other students,” Cerney said. “Our relationship and friendship was [about] discussing the ideas we had for students on campus, which is what I valued most about our friendship. I carry one notebook around and I write all the ideas that come across my path that I want to be involved in. … Many of them are ones that Albert and I have discussed.”

Cerney, who worked alongside Zhang on the Emory Journal of Asian Studies, recalled an anecdote indicative of his friend’s altruistic personality.

Zhang attended Highland Park High School in Dallas, where he was a member of the Talented and Gifted Program. Zhang’s friend and current junior at Rice University (Texas) Aaron Pathak remembers Zhang as a “quiet guy,” but with an outsized and goofy personality.

“[Albert] came [to Highland Park] when we started high school and it’s a school where a lot of us have known each other since first grade,” Pathak said. Zhang quickly integrated himself within Pathak’s friend group, despite being about a year younger than most in the grade. Pathak and Zhang competed together on the school’s University Interscholastic League Science Team and won several state titles.

“[Zhang] was just a really hardworking driven guy, who had a good future ahead of him in whatever he wanted to do,” Pathak said. “He was always one of the hardest workers. School was never enough for him.

“Undoubtedly, one of my favorite things about Albert was his consistent willingness to argue with me,” Wang said. “Regardless of the topic — whether it was student government or student journalism, or his pre-law, pre-med, pre-everything track — Albert always remained sharp, critical, relentless and unafraid of defying convention. We motivated each other, we complained to each other and we supported each other.” 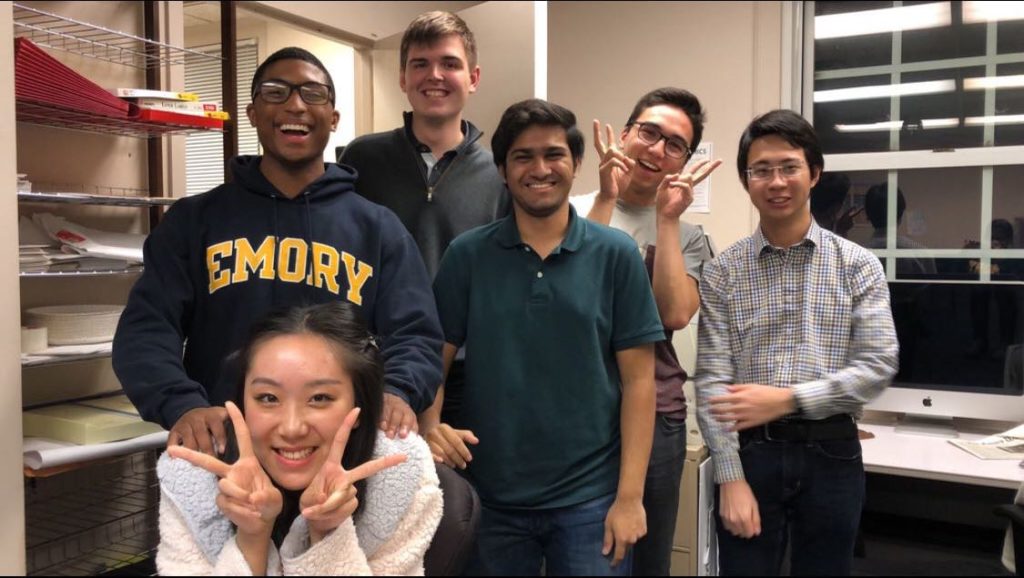 Those who worked with Zhang at the Wheel also noted his kindness and hardworking nature. Zhang served first as a writer and then assistant news editor, working closely alongside News Editor Isaiah Poritz (22C) and former Executive Editor Richard Chess (20C). Both marveled at his contributions to the Wheel.

“I thought he was a very, very hard worker — that’s the one way I would describe him and how I understood him best,” Poritz said. “He was very, very dedicated to everything that he did, and I always thought that was quite impressive, and I always tried to almost model that in some ways in everything I did.”

Chess recalled the hours he spent with Zhang, poring over articles for the paper.

“I had a lot of fun working with him because he’s one of the most ambitious reporters that I’ve ever worked with,” Chess said. “He was always coming to me with a possible story and it wasn’t just that he was eager to find the story, it was also that he wanted to write all of them.”

In high school, Zhang was named a National Merit Semifinalist, president of the Asian Student Association and captain of the University Interscholastic League Science Team. At Emory, he majored in public policy and analysis.

Within the relatively small sphere of Emory, sometimes former sources can become friends, which was the case with Student Government Association President Ben Palmer (18Ox, 20C), who sparked a friendship with Zhang after Zhang’s tenure at the Wheel ended.

“The term that kept hitting me [when I thought of Albert] was ‘pure soul.’ [He was] just such a beautiful individual and really, really artfully invested in how he can have an impact,” Palmer said. “He loved people and loved what he did, and that’s really all you can ask for.”

Another friend of Zhang’s, Pushkar Shinde (22C), believed that Zhang knew how to harness his power to show a path toward a better world.

“Albert is an inspiration. He is a light, one which illuminated the lives of others as it shone brightly and selflessly into the dark corners of the world where few others dared to venture,” Shinde wrote in a statement to the Wheel. “There was no mountain too high to climb, no path too uncharted and no spectral shadow too ominous to deter him. Yet no matter how bright this light shone, it never blinded nor burned; woven into the fabric of his drive and steely intellect was a pure and kind heart dedicated to help those around him.”

The University provided the Wheel with a statement Friday night offering condolences to Zhang’s friends and family.

“We respect the family’s privacy, and our thoughts and prayers are with them,” the statement reads. “Emory is providing counseling services and other resources to support our community during this difficult time.”

Zhang’s parents Tim and Linda Liang will hold a visitation for Zhang Sept. 10 at Advantage Funeral Home from 4-7 p.m.

The Office of Spiritual and Religious Life will hold a memorial service on campus, though details have not yet been released.

Editor’s Note: The Wheel has reached out to Zhang’s family and will update the story online with comment from them at a later date.

UPDATE (9/9/19 at 2:35 p.m.): This article was updated to include quotes from Aaron Pathak and information regarding Zhang’s visitation service.