Stories That Shaped Emory in 2019

The Wheel reviewed Emory yearbooks from the 1900s and discovered images depicting open displays of racism despite the University’s desegregation in 1963. The photos portrayed mock lynchings, Greek members dressed in Confederate uniforms and carrying Confederate flags, and students wearing Ku Klux Klan hoods. University President Claire E. Sterk acknowledged the photos and called for the formation of a commission to evaluate Emory’s legacy. “The offensive and racist images in our yearbooks cannot be erased any more than they can be forgotten,” Sterk wrote in a University-wide email. 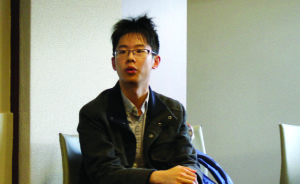 Following numerous allegations of abuse of power and a marathon closed-door hearing that lasted late into the night, the 52nd Student Government Association (SGA) voted 10-4 to impeach former SGA President Dwight Ma (17Ox, 19C) for unethical behavior. Former SGA Vice President of Communications Tiffany Haas (19C) lodged the initial complaint against Ma, alleging that he told her there would “be a problem” if she did not inform him of her actions. Ma denied the accusations but acknowledged that he might have been perceived as threatening because English is his second language, citing the claims as “prejudiced.” Former SGA Executive Vice President John Priddy (19C) replaced Ma for the remainder of his term. 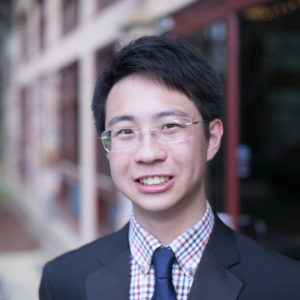 Emory sophomore and former Wheel editor Albert Zhang Liang died Aug. 30, aged 17. A Robert W. Woodruff Scholar, Zhang was remembered by friends for his leadership, eternally optimistic outlook and sharp intellect. During his time on campus, Zhang served as the vice president of communications for College Council, a senior reviewer for the Emory Journal of Asian Studies, co-editor-in-chief of the Emory Undergraduate Medical Review, an executive board member of the Media Council and as a member of Federal Defender Program, Inc. The Office of Spiritual and Religious Life held a memorial service on Oct. 18.

Mock eviction notices distributed by Emory Students for Justice in Palestine during its Israel Apartheid Week led to outrage across the student body and an investigation by Emory’s Office of Student Conduct. Jewish groups on campus, including Emory Hillel, Chabad at Emory and the Emory-Israel Public Affairs Committee strongly condemned the notices, which were posted during the coinciding Israel Week, sponsored by Eagles for Israel. The Office of Residence Life and Housing Operations approved the posting of the notices around Emory’s campus but staff removed the flyers from students’ doors because distributors violated Campus Life’s policy against posting flyers on doors. The University Senate Open Expression Committee issued an opinion in which they found the fliers to be in compliance with Emory’s open expression policy and not anti-Semitic. The story made national headlines, and was picked up by the Atlanta Journal-Constitution, the New York Post and Fox 5 Atlanta, among others.

An undergraduate-wide ballot referendum to increase the Student Activity Fee (SAF) from $95 to $110 passed on Nov. 22 with 60 percent in favor. The referendum, initiated by SGA President Ben Palmer’s (18Ox, 20C) administration, also included a clause to automatically increase the fee by 1.5 percent every year and add minor modifications to the SGA Finance Code. A total of 1,213 ballots were cast over a 48-hour voting period. Such an increase was the largest of its kind since the fee was first introduced in 2006. SGA officials argued that the fee hike was necessary to compensate for a loss in buying power of SAF-funded clubs due to economic inflation and a growing student body.

The Wheel connected an extremist blog that contained racist, anti-Islam and anti-immigrant views to Emory Continuing Education (ECE) Italian instructor Laura Corvino. Corvino taught Basic Italian Grammar and Italian Opera Appreciation at the Osher Lifelong Learning Institute , a program located at Emory’s Executive Park campus. The profile had more than 3,100 subscribers and 1.1 million views as of the article’s publication time in February. Corvino is no longer affiliated with the University after they investigated her blog.

University President Claire E. Sterk served for three years before announcing her retirement effective August 2020 in a University-wide email, crediting the move to a tiresome seven-day work week and her passion for teaching public health. After a one-year sabbatical, Sterk will return to Emory as faculty at the Rollins School of Public Health. She is the University’s first female president and her tenure has seen a student-led movement to designate Emory as a “sanctuary campus,” the annexation of Emory into Atlanta and the construction of the Emory Student Center.

Student leaders, SGA legislators and the rest of the student body were left in the dark for three months after the 2017-18 SGA Finance Committee overspent $28,019.33 of incoming revenue for the following fiscal year. The committee had overestimated the number of students who would enroll at Emory by using a projection that was not supported by past trends. The mismatch was not realized until late into Fall 2018, and a proposed plan to cut Media Council funding by 83.5 percent to compensate for the loss was later cut down to 32 percent. 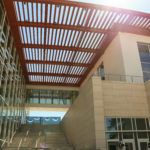 The Wheel gained access to the Emory Student Center (ESC) a month before the center’s soft opening in May. The building’s North and South Pavilions boasted offices and storage spaces, dining commons, lounges, and a large multipurpose room. State-of-the-art amenities can be found throughout the building, including floor-to-ceiling fritted glass windows and noise-cancelling privacy chairs. The ESC, which took almost two years to construct, replaced the temporary DUC-ling, which served its last meal on May 8.