Bey and Driskell: Two Art Icons at the High 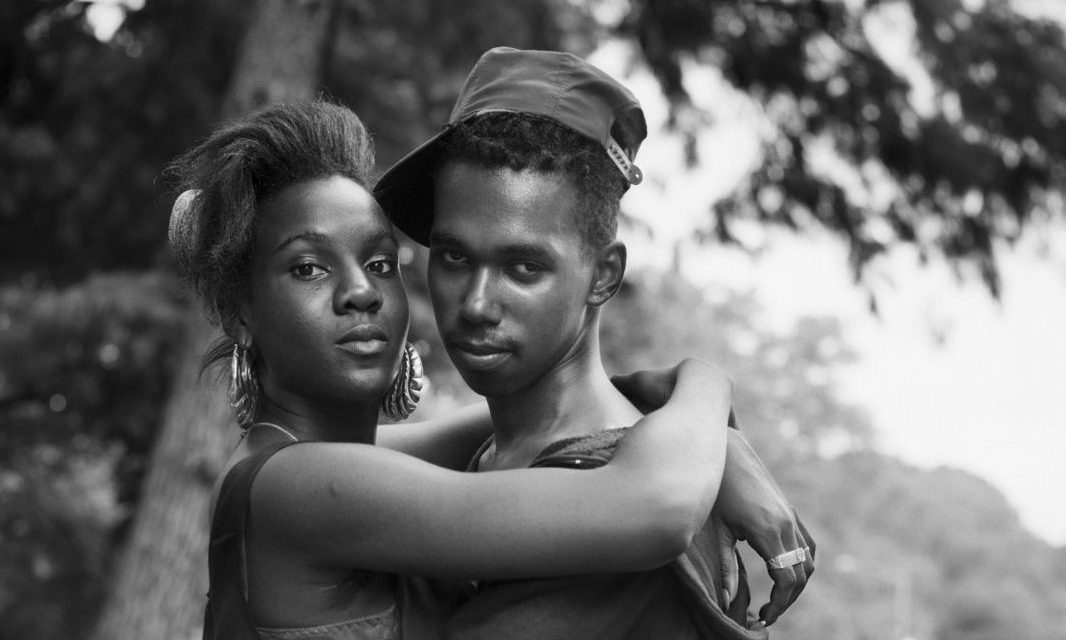 While the world is full of iconic duos, the works of David Driskell and Dawoud Bey definitely top the list. Their career retrospectives, “Dawoud Bey: An American Project” and “David Driskell: Icons of Nature and History,” are on display for the first time in decades at the High Museum.

On view through March 14 and May 9 respectively, Bey and Driskell’s exhibitions paint a rich picture of America and Black American identity in a light far more educational and comprehensive than any history textbook I have read. While these histories and stories are rarely done justice, Bey and Driskell successfully honored the diverse experiences, identities and impact of Black Americans throughout their decades-long careers.

Bey started photographing Harlem’s Black community in the 1970s with black-and-white street portraiture. His most recent works address a wide range of topics, usually in relation to race, place, visibility and identity. His collection of high school student portraits displayed alongside his subject’s personal written statements highlight identity formation and his “Night Coming Tenderly, Black” series reimagines the escape narratives of the enslaved via the Underground Railroad. Bey wields his camera to reveal oft-ignored stories and identities.

While Bey worked solely with photography and videography, Driskell dabbled in numerous mediums, from painting and drawing to collage and printmaking. Driskell, who died in April from COVID-19, borrowed inspiration from many artistic histories and subjects often related to nature, history and identity. Some of Driskell’s works are solely landscape depictions of the American Southern and the environment around his summer home in Maine, while others are biblical portraits inspired by Byzantine art, vibrant festival paintings describing his African ancestry and layered assemblage works depicting the civil rights movement. In utilizing African imagery, Driskell reflected on his ancestry as a Black American.

Although the artists themselves worked in different mediums, the diverse yet overlapping themes of both exhibitions complement each other. The curation of the two, while unique to the aesthetics and missions of the respective artists, mirror each other in their captivating and nuanced narratives and left me feeling as though I had walked alongside two artists on their dynamic life journeys.

When entering the Driskell exhibition, I was immediately welcomed by the bold, grounded and active brushstrokes of Driskell’s early oil paintings. His collection of artworks highlight the way in which he combines both his own identity and natural environment, the American landscape and the aesthetics of the African diaspora.

The video at the entrance of the exhibition states that Driskell “was the best storyteller, the chronicler of his own life,” a strength expressed through his artworks. The piece that stuck with me the most was “Dance of the Masks,” a heavily layered ode to nature and African tradition. Driskell gracefully combines the landscape of the American South with the African masks from his ancestral legacy. All at once, his painting embodies the complexity of Black American identity at large and the origins of his own existence. 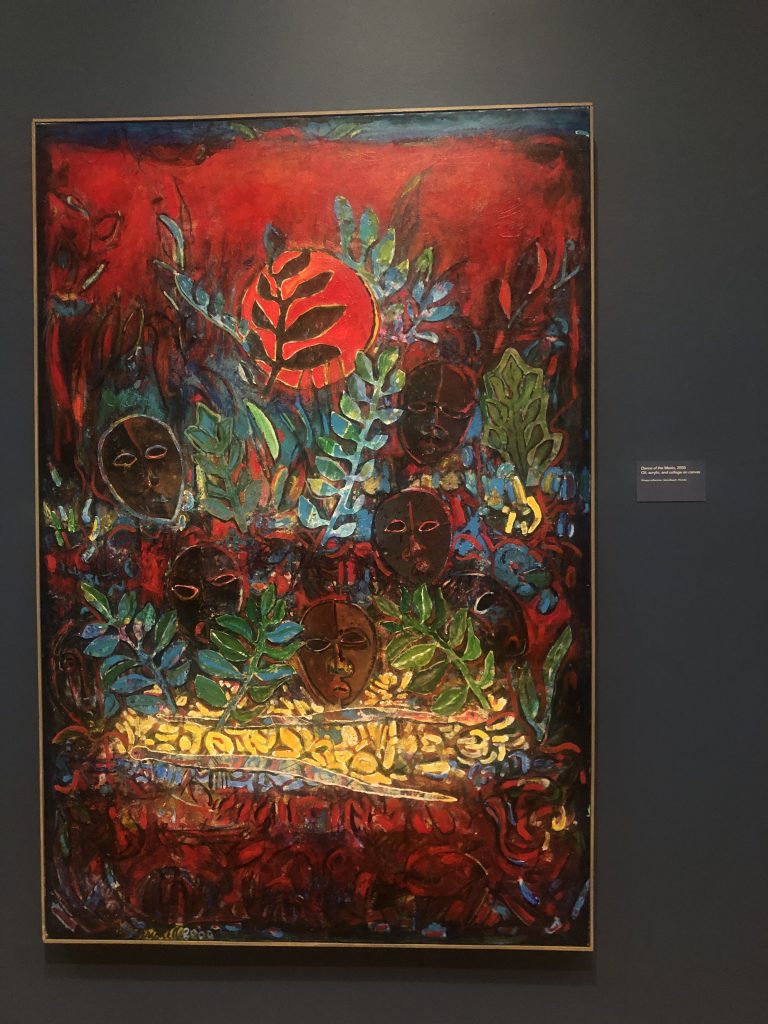 “Dance of the Masks” by David Driskell (2000). (The Emory Wheel/Zimra Chickering)

Driskell’s artworks rely upon frequently shared imagery as well, including a sort of “split-face” motif that reflects the multifaceted nature of identity and usage of masks. Interestingly, I saw that same concept reflected in some of Bey’s multipanel portraits, as frames split the faces of his subjects in half. Both artists challenge traditions of portraiture, whether in paint or in photography, by splitting the faces of their subjects into two. Each half of the face is quite similar, yet just different enough in angle and style to make the viewer ask: Which half is truer? How should we identify the subject?

As I meandered through the Bey exhibition, I was blown away by the diversity of his portraiture; despite not working in multiple mediums like Driskell, Bey portrays an equally complex and comprehensive subject matter through his photography. The evolution of Bey’s street portraits described in the gallery labels was extremely engaging; he became increasingly uncomfortable with the ethics of street photography and began to approach his subjects prior to taking their pictures. Bey’s decision was uncommon, especially among majority white street photographers, who often exploited their subjects without consent. Susan Sontag notes that, “The camera is a kind of passport that annihilates moral boundaries and social inhibitions … The photographer is always trying to colonize new experiences.”

By actually speaking to his subjects, Bey formed reciprocal relationships with strangers, allowing them to assert their presence and meet the gaze of the viewer. This celebration of his subjects’ self-identification was most apparent in his large format portraits, including Bey’s “A Couple in Prospect Park.” The viewer cannot help but witness and identify the couple’s intimacy without having to search deeply for the image’s meaning. 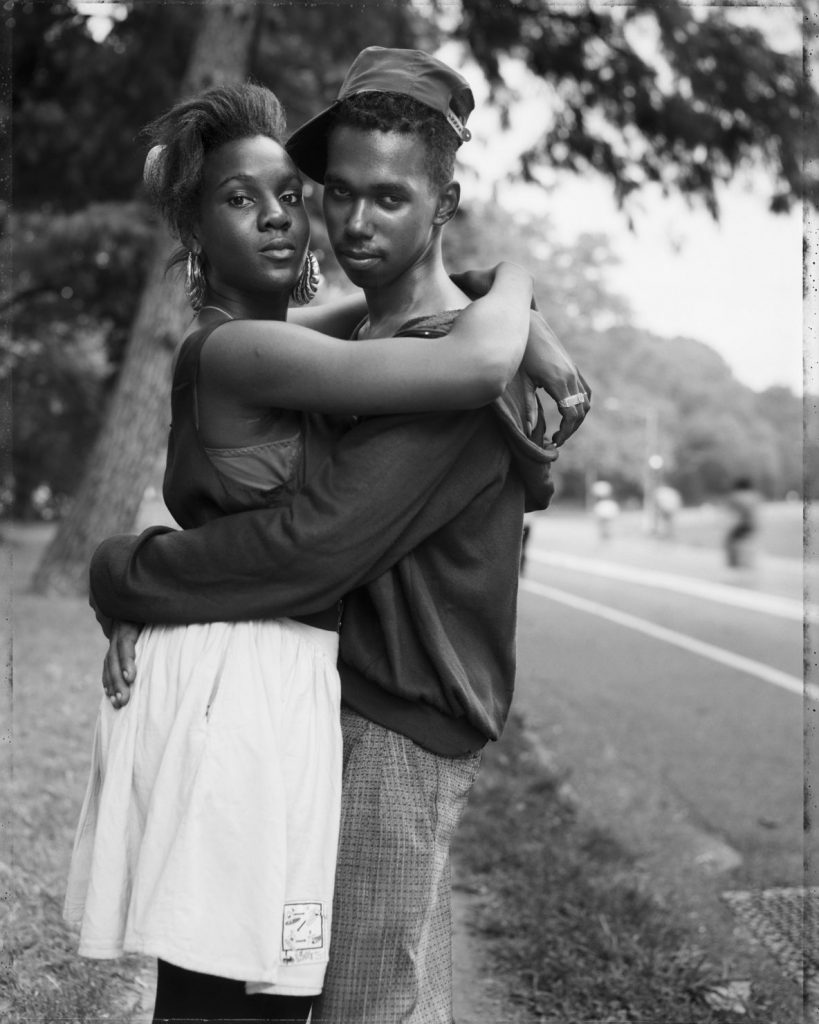 Both Bey and Driskell use art as a form of internal and external examination, reflecting on their own identities and the identities of their subjects, whether it be the spirit of an African mask or young love. These current exhibitions are an insightful way to support Black artists and celebrate Black American stories, which, while an intrinsic part of the American artistic narrative, are often underrepresented in mainstream media and education.