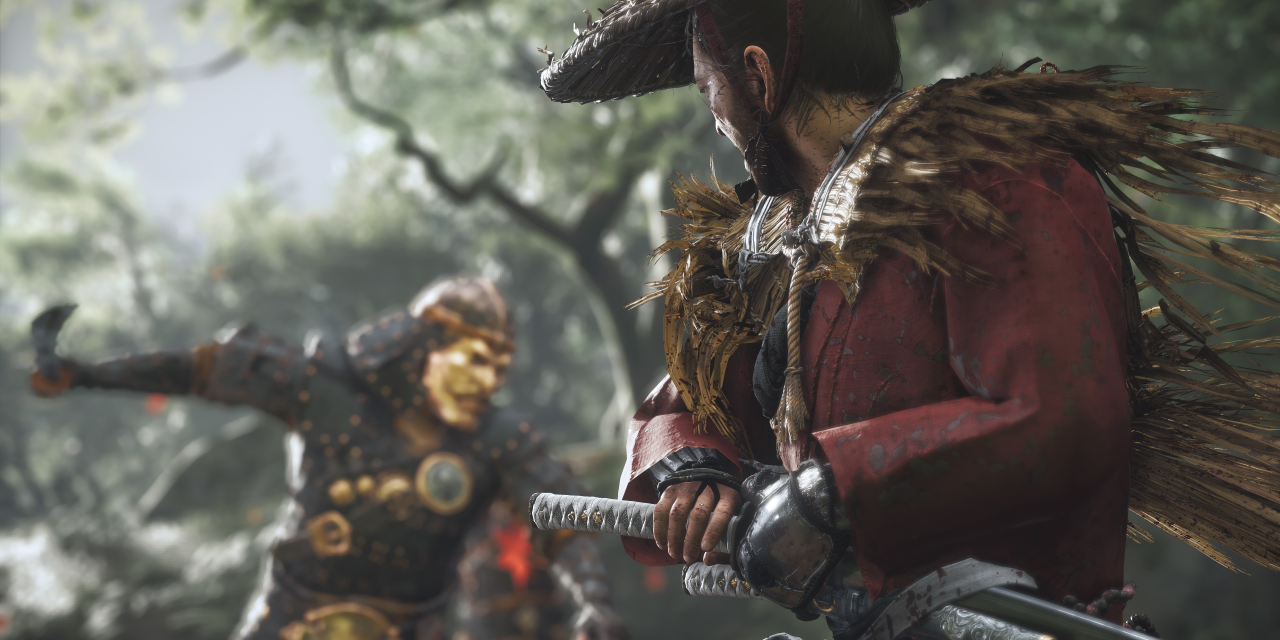 The year is 1274. A Mongol invasion force led by The Khan (Patrick Gallagher) has landed on a beach on Tsushima Island. Lord Shimura (Eric Steinberg) and his nephew Jin Sakai (Daisuke Tsuji) lead their samurai in an attack against the Mongols. In the chaos of battle, the Khan captures Lord Shimura and Jin is injured. Jin’s mission after recovering from his injuries is clear: assemble allies, rescue Lord Shimura and defeat the Khan. This is “Ghost of Tsushima,” an action-adventure Playstation 4 game centered on the journey of Jin as he becomes the “Ghost” — an identity he crafts to become a warrior of the shadows, to free his people and to protect Tsushima Island at all costs.

The gameplay, graphics, acting, visuals and music of the game are simply amazing. In particular, the fight sequences are magnificent, with each sequence both fulfilling and fun to play with numerous paths to take down your enemies; moreover, there are beautifully choreographed duels to play. Mongol generals, warriors of legend and rogue mercenaries will challenge Jin, with each having a beautiful score and setting selling the experience.

Throughout “Ghost of Tsushima,” the Khan’s forces feel threatening. When I came to fight Mongol patrols or an occupied town, I genuinely thought I was denting the Khan’s forces. It inspired me to liberate every town and camp I came across because I felt there was no other option to progress the story. It was captivating to feel like our rag-tag resistance group was repelling the Khan. Moreover, watching Jin’s infamy grow as I crossed foes who’d scream in fear of the “Ghost” furthers the immersion. Jin was a one-man army bent on revenge. His growing infamy is complemented by dialogue amongst the villagers in towns or passers-by on the road who reaffirm Jin’s status as a larger-than-life legend, all of which creates fulfillment and excitement to keep up the fight. 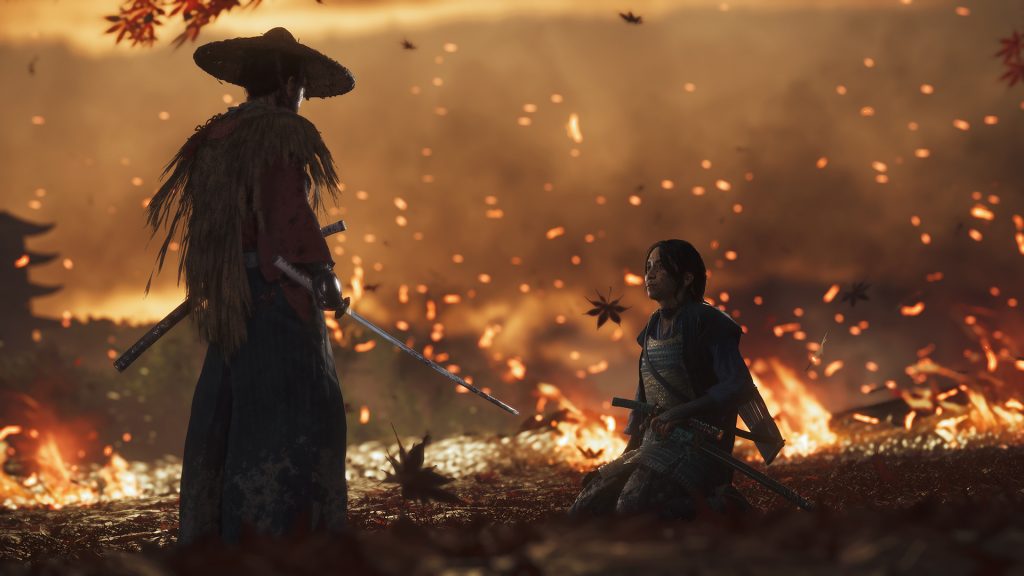 As the story progresses, Tsushima’s environment changes in response to Jin’s dishonorable actions. Instead of being bright and sunny, the environment shifts to a dark stormy atmosphere to respond to the game’s events and Jin’s transition into the “Ghost.” These world-building components designed to immerse the player in the setting of feudal Japan and Tsushima create a nuanced and thought-provoking experience.

Jin’s journey at first is honorable: he engages in fights head-on like a samurai. However, his methods become dishonorable in contrast to the samurai code he swore to uphold. I found myself making similar excuses to Jin to use any means necessary to defeat the Mongols  — even if the methods were dark. Nevertheless, Jin’s actions don’t go unnoticed, as Lord Shimura, whose values about honor influenced Jin’s upbringing, looks on in horror, remarking about the dishonor Jin brings to their family.

Lord Shimura’s relationship with Jin following his freeing in Act 1 is gripping, filled with moments when they come to blows or disagreement, yet it is balanced out by flashbacks to heartwarming moments from their pasts. Their relationship left me conflicted, as both characters raised valid concerns about each other’s method of approaching the Mongols. Over time, I shared in Shimura’s disillusionment with Jin, finding myself torn in the predicament of maintaining honor and duty while understanding that I wouldn’t win the war. I was left questioning the morality of Jin’s actions, whether they were justified, while simultaneously balking at the rigid nature of Shimura’s code that would leave Tsushima occupied by the Mongols.

Jin’s relationships with his companions are what make the “Ghost of Tsushima” a dynamic experience. Side quests are available for nearly all of Jin’s companions, with each offering a different perspective of Jin on his journey. A series of side quests with Sensei Ishikawa (François Chau) focuses on Jin’s expedition to help kill Ishikawa’s former student who’s working with the Mongols. These side-quests are part of what makes “Ghost of Tsushima” a wonderful tale, as they not only reflect different aspects of Jin’s journey but also provide a series of complex characters who could’ve been reduced to 2D set pieces.

One of my central critiques of “Ghost of Tsushima” involves its plotline. While engaging and captivating at times, the plot is largely predictable throughout (including the twist ending), which left me feeling unfulfilled with the overarching direction. The game’s purpose is to build up the identity of the “Ghost” and to show Jin’s transformation.

Although it excels at this through subtle components like gameplay, changes in the environment, or side quest development, Jin’s transition into the “Ghost” in the main story is complicated. In one side quest, Jin goes through a Mongol-occupied town and eliminates them from the shadows without remorse, yet at other points in the main story, he seems unwilling. Jin’s inconsistencies manifest in his interactions with allies or enemies. It’s almost as if I was experiencing some new character’s story and not one I’d spent hours with on my quest to liberate Tsushima.

My other major complaint concerns Khotun Khan, the supposedly grand main villain, who becomes more bland, unthreatening and underwhelming each time he appears on screen. In Act 1, the Khan has a magnificent introduction: he’s shown to be threatening; he’s ruthless; he’s willing to immerse himself in his enemies’ mindset and his tactics reflect that he is a formidable adversary. However, by Act 3, which is acutely titled “Kill the Khan,” the Khan is a joke. His army felt like it was commanded by a member of the Three Stooges rather than the veteran commander from Act I’s introduction sequence.

As a whole, while the overarching narrative lacks imagination and has odd character development, “Ghost of Tsushima” shines with up-close and personal side stories to complement its array of characters — enough to quell my misgivings about the story’s direction.

Sucker Punch Productions’ “Ghost of Tsushima” offers a story that — while predictable — is nevertheless entertaining because of its breathtaking visuals, heartfelt performances, phenomenal soundtrack and the depth of both its supporting cast and environments. The game probes the extent of human will and survival. At its best, “Ghost of Tsushima” is a captivating look at a fascinating setting in feudal Japan and a touching tale about a young samurai willing to let both his honor and identity die to save his people.