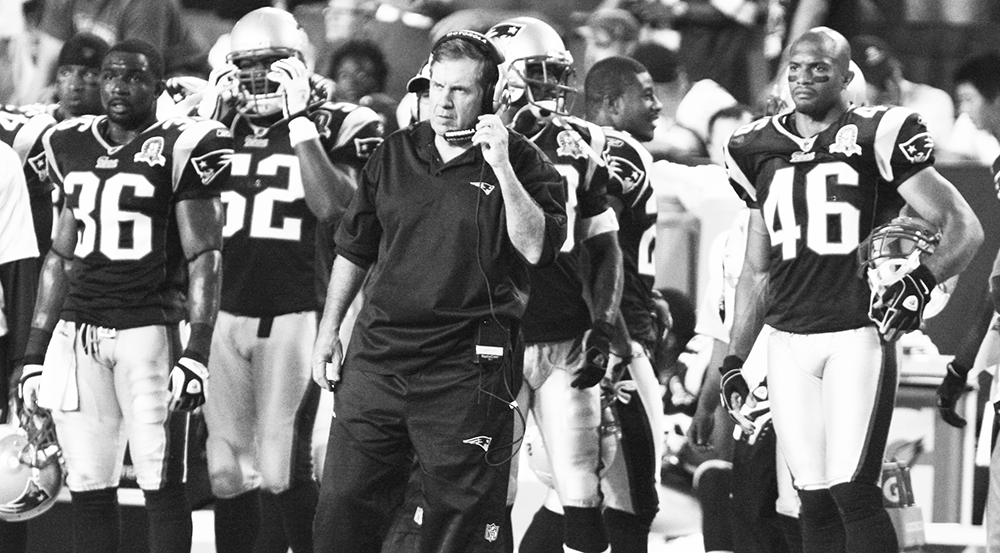 Hello, and welcome to another edition of The Beej Knows Best. We are currently less than two weeks away from the NFL Draft, and the rumor mill is just about overflowing with speculation. However, the reality of the situation is that most teams that are “leaking” information at this juncture are most likely selectively choosing what the public and, more importantly, other teams get to hear. For example, if I were the Tennessee Titans with the number two pick, I would absolutely tell everybody that I want Marcus Mariota. Because of course, only an absolute whale of an offer could compel me to possibly consider parting with my dream quarterback. It doesn’t really matter to me that my coach prefers quarterbacks who are a completely different style. And it doesn’t matter to me that our roster is barren and could use an infusion of talent from a deep draft like this one. Wait, what? That’s what they are actually doing? Well then, I guess you get my point. So, in this edition, I look to break down potential blockbuster trades that could be made involving first round picks.

I would like to dispel two rumors before getting into this trade. First, Ron Jaworski and Mike Mayock are human trolls who have no desire for anything in life other than to get page views by saying something controversial. Both of these men have proclaimed that Marcus Mariota is ahead of Jameis Winston on the draft board of the Tampa Bay Buccaneers, even though they have no supporting evidence for this. Jaworski has done this before, an example being when he proclaimed that Colin Kaepernick would be one of the greatest quarterbacks ever. His face ended up being plastered on ESPN all week long. Come on, Jaws. Do you really need to see yourself on TV that badly? Secondly, there is no way the Titans would trade for Phillip Rivers when they are in a rebuilding process. He is in the last year of his contract, and I see no reason for him to stay beyond a season, so the Titans definitely don’t need a rental.

Anyway, I think that the Titans, as per numerous reports, would prefer to go into the season with Zach Mettenberger as their quarterback, perhaps with a big-armed rookie such as Bryce Petty or Sean Mannion as competition. With the 12 and the 19, the Titans could go after a wide receiver and a front seven guy.

On the other hand, it seems like the Browns have given up on Johnny Manziel and will be looking to upgrade at the quarterback position. Enter Mariota. Considering his miss last year, I would imagine that General Manager (GM) Ray Farmer is looking to hit a home run and potentially save his job. Although I would advise against making this trade, the Browns management would probably see this as a move to keep them in town just a little bit longer.

I will admit that when the Jets were looking for a GM, I emailed consultant and former NFL executive Charley Casserly expressing my interest in the position. However, after what I am sure was a long and arduous debate amongst the Jets’ brain trust, Casserly emailed me back saying that the Jets were interested in someone with personnel experience at the NFL level. At first, I was disappointed, but after seeing the job that Mike Maccagnan has done so far, I feel confident in the direction that Gang Green is headed in. No, the Jets won’t be able to snag their quarterback of the future here. But by trading down only two selections, the Jets can not only get the pass rusher they seek, but also add depth in the third round, potentially grabbing an extra lineman such as Tre’ Jackson out of Florida State University or Arie Kouandjio out of the University of Alabama.

Meanwhile, the Falcons have never been shy about trading up in the draft to get their guy. Most famous was the king’s ransom they dealt to acquire the dynamic Julio Jones. Considering that the Falcons hired Dan Quinn from the Seattle Seahawks, one could easily project them taking a pass rusher or defensive back. However, the Seahawks were able to win by finding gems in the later rounds that ended up becoming defensive stalwarts. Additionally, I believe that, similar to the recent Detroit Lions’ drafts, the Falcons will look to bolster their offensive attack. Roddy White is aging, they have no impact tight end, and their running game is weak. There is speculation about the Oakland Raiders taking one of Amari Cooper or Kevin White, who are universally considered the top two wide receiving prospects. I can’t imagine a scenario in which the Chicago Bears, picking at seven, pass on the remaining guy. Although they could sit tight and grab a talent like DeVante Parker or wait until the second round and draft a guy like Nelson Agholor. However, their past history of aggression makes me believe this trade to jump ahead of the Bears is quite plausible.

The Super Bowl Champion New England “Deflatriots” have a knack of trading down to gain depth, and in this draft they will need to do so more than ever. One of the key reasons for their success was having Darrelle Revis and Brandon Browner anchor their secondary. However, they are both gone. There is a lot of talent to be had in the second round at that position, such as Ronald Darby from Florida State University or Eric Rowe from the University of Utah. Additionally, they could draft a wide receiver or defensive lineman. The second round this year will be littered with first round talent due to the overall depth of the draft, and I highly doubt Bill Belichick will only pick once in that juncture. Adding two additional picks doesn’t hurt, either.

For some reason the Vikings love first round picks. In the last three drafts, the Vikings have had seven first round selections. That’s incredible. I expect the Vikings to try to sneak back into the draft and get some help on the offensive line, wide receiver, or middle linebacker spots. That’s what they do. I can’t see a situation in which New England doesn’t move down or the Vikings don’t move up, so I think this is a match made in heaven.