Perspectives From Inside: “Marisol” Lead Natalia Via

Everyone has scars. The stories behind them vary, from those embarrassing missteps you would rather not talk about, to 3 a.m. adventures with friends that are the essence of the college experience. Some, though, come in the process of making something great. College senior Natalia Via got hers from “Marisol,” a post-apocalyptic play by José Rivera, an Oscar-nominated playwright who has also won awards for his off-Broadway plays.

“I have about seven scars that I’m taking from the show,” Via joked. She played Marisol, the title character in Rivera’s award-winning play, shown by Theater Emory at the Mary Gray Monroe Theater in Dobbs University Center from April 2 through April 12.

The story of “Marisol” is the story of a young Puerto Rican woman who lives in a dangerous neighborhood in the Bronx. She is forced to survive alone in a post-apocalyptic world when her guardian angel leaves her to fight a senile God.

After receiving the audition notice sent out by Theater Emory, which called for both professional actors and students, Via read the script, prepared and performed a monologue in her first audition, then was called back for the next round of auditions.

She received an email saying that she was cast as Marisol during one of her acting classes, a few days after the second audition.

Via beat out not only her fellow students but also professional actresses for the lead role.

Though Via has been cast in a Theater Emory show in the past (Witch #3 in the Fall 2013 production of “Macbeth”), she did not anticipate earning such a large part in the show.

“I definitely did not expect [to get the role],” Via said. [quote_colored name=”” icon_quote=”no”]“I wasn’t really counting on anything to happen. It was such an honor because this is such a huge role, I felt honored to be trusted for that [kind of] responsibility for this role.”[/quote_colored]

Despite her previous Theater Emory experience, she explained that “Marisol” was vastly different simply due to the magnitude of her role. While most actors are normally only called into rehearsal for certain scenes, Via had to be there for each one as the lead actor. “It was physically [and] mentally demanding to a degree that I had not expected,” Via said.

At rehearsals, the cast would take a scene or monologue, which is typically about five to ten pages, and tackle it for up to six hours at a time.

She prepared for the role by reading the play over and over again, looking at the themes of the show and connecting them to her own life. Even before she was cast in the show, Via was able to recognize parallels to her own experiences.

“I was really excited that Theater Emory was bringing a Hispanic playwright to Emory and that there was going to be a strong female protagonist who was also Hispanic,” Via said.

Via was also well aware that the complexity of her character required long conversations and reflections about the role.

[quote_colored name=”” icon_quote=”no”]“I couldn’t even begin to comprehend it until I started rehearsing, until we started actually embodying it and going through it,” Via said.[/quote_colored]

On top of 36 hours per week in “Marisol” rehearsals, Via had an additional four hours of rehearsal each week for Rathskellar, Emory’s student improvisation group, not to mention her 19 credit hours of classes. Nevertheless, she found way to balance the various parts of her life.

Though she had to work hard to manage everything in her life, the entire experience was incredibly rewarding — particularly the opportunity to work with professional actors and actresses.

“I felt very intimidated at first,” Via said. “Finding my footing and finding my stride and feeling comfortable expressing myself artistically took a little bit.”

Once she got to know the professionals and felt more comfortable with them, Via was quick to gush praise about working with each one. Not only did she gain invaluable experience by directly working with them during the play, she also grew as an actor by simply observing them.

“[We talked about] what it is to be a good artist, and what life is like after college,” Via said. “Each one of them shared with me parts of their career and [gave me] advice. [I learned from] just watching them and [seeing] how they interacted with everybody else, and [how they are] still just so grounded and awesome.”

She also got the chance to talk to playwright Rivera himself, who flew to Atlanta to see one of the shows.

“He was just so gracious and so funny, so down to earth,” Via said. “He said really kind words about [the performance].”

While fitting “Marisol” into the life of a busy second-semester senior was difficult, Via said that she wouldn’t trade it for the world.

“It’s an incredibly rare opportunity,” Via said. “You’re this person for so long, and then all of a sudden, you’re never going to go through these motions again with these people you built this world with, so intimately, and it’s gone now forever, and you have to mourn it.”

Via expressed her gratitude for everyone whose work helped the success of “Marisol,” sharing that she cried when it ended.

“I really do think it was a great show,” Via said. “Being able to be Marisol and go on [this] journey was just crazy.” 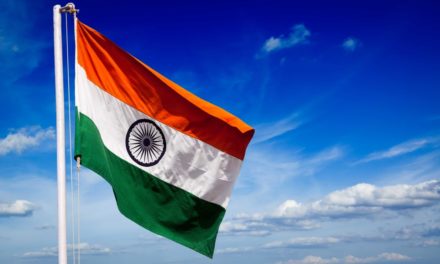 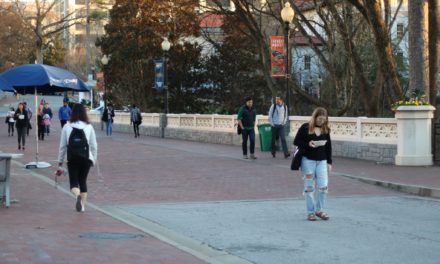 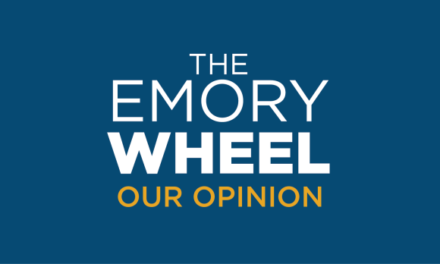