The Winners and Losers of the 2020 Masters 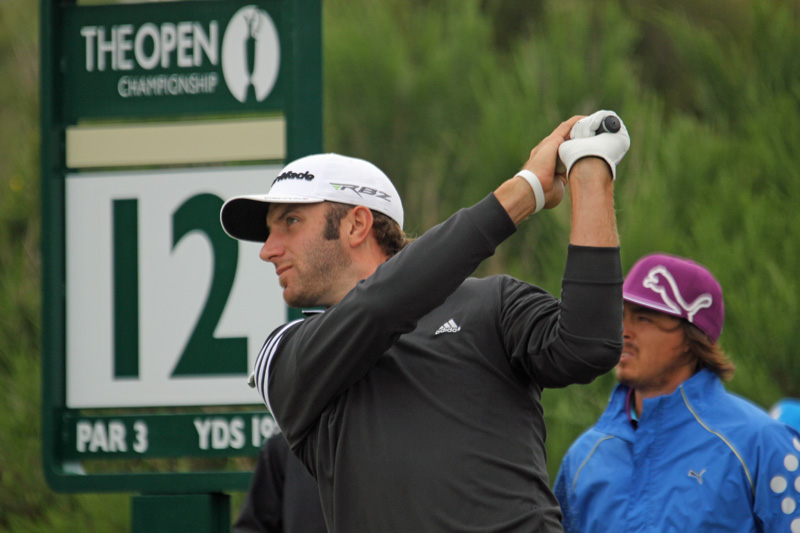 In the lead up to the 2020 Masters Tournament, broadcasters and commentators repeatedly touted this installment of the famed major as a “tradition unlike any other, in a year unlike any other.” A play on the beloved tagline of years past, the saying was meant to reflect the peculiarities surrounding this year’s tournament at Augusta National Golf Club in Augusta, Georgia, held Nov. 12-15.

For the first time ever, the Masters was not played in March or April. No patrons were in attendance. A lack of daylight suspended play on both Thursday and Friday. For some unexplained reason, the iconic final round hole placement on the 16th hole was changed. Despite the weirdness of a Masters in November, the tournament still delivered.

Here are the winners and losers of the 2020 Masters, starting with the long-awaited champion.

Dustin Johnson came into the tournament ranked No. 1 in the world. He has historically played well at Augusta, and his stoic, unchanging and seemingly robotic demeanor provides a distinct advantage when no raucous fans are in attendance. Johnson dominated Augusta, posting two rounds of 65 on his way to finishing 20-under par, a new Masters record, and tying for lowest four-round score to par in any major. Johnson is an imposing golfer — tall, powerful and graceful. Yet some see him as boring, as I often do, though I will say that Johnson’s interview after his win was spectacular. Until this Master’s win, he had another adjective attached to him: choker.

Johnson has repeatedly given away leads at majors. Before Sunday, he had previously led four majors after the third round, but he did not win any of them. Johnson three-putted to lose the 2015 U.S. Open. At the 2010 PGA Championship, he was responsible for one of the most gut-wrenching moments in golf history, now known simply as the bunker debacle. And when majors weren’t slipping through his hands, he was slipping down flights of stairs.

But that was then, and this is now. Johnson, or “DJ,” took control of this tournament from the outset and never relinquished. When he bogeyed consecutive holes and his lead shrunk to just one stroke early Sunday, he responded with a masterful birdie on hole six and played an uneventfully flawless round from thereon out.

And that is perhaps the best way to describe Johnson as a golfer: uneventfully flawless. A year and a half after Tiger Woods’ incredible victory, Johnson’s did not provide the same elation or spectacle. Rather, Johnson’s domination of Augusta National felt preordained, even inevitable.

This weekend was heavenly for the sports fan. Not everyone loves watching golf, but the Masters is transcendent. If someone likes sports, they like the Masters. On Saturday and Sunday, the Masters was televised concurrently with football and people across the country were scrambling to get an extra TV into the living room. Never before were we able to watch the NFL and the final round of the Masters at the same time, and we likely never will again. The Masters may not have provided any Sunday fireworks, but College GameDay’s live broadcast from Augusta National more than satiated us. Yes, we might’ve spent too much time on the couch this past weekend, but when we could watch golfers navigate Augusta’s Amen Corner and then switch over to NFL RedZone, who can blame us?

Bryson DeChambeau: Our Loser ‘On the Field’

For weeks, the presiding question heading into the Masters was whether Bryson DeChambeau would “break” Augusta National. Over the past year, DeChambeau committed himself to overpowering golf courses by vowing to drive the golf ball further than anyone ever has. He spoke of mind-bogglingly aggressive angles of attack and said he would play Augusta, a par-72 course, as a par 67.

Yet, Bryson did not break Augusta. In fact, Augusta broke Bryson.

In his opening round, DeChambeau double-bogeyed the par-5 13th hole. His drive landed in the pine straw, and his second shot found the bushes behind the green. He then hit a provisional into Rae’s Creek and was forced to find his ball in the bushes or take a penalty. After a search party scoured the bushes, DeChambeau found his ball but continued to implode on his way to a seven.

The next day, DeChambeau came to the 350-yard third hole looking to reach the green on his tee shot. He drove the ball into the left rough, the ball disappearing beneath the long grass. Another search ensued, but DeChambeau’s ball was never found. After arguing with officials, he was forced to tee off again and proceeded to hit his second drive into the exact same area. He found his ball this time but left the hole with a triple bogey.

The golf world is not overly fond of DeChambeau, mainly by way of his constant complaints and quibbles. In the past year, he battled with an ant hill and derided a cameraman. He again caught flack for a post-round interview this weekend, when he claimed his poor play was a result of his not feeling well.

Whether you like him or not, one thing about DeChambeau remains clear: his effect on Augusta National was about as large as the ants he so hated.

Tiger Appears in the ‘They’re Just Like Us’ Meme

If you are an avid golfer, there is an odd joy in seeing professional golfers struggle because when they do, it makes them seem normal. About once a tournament, a golfer will have a horrendous hole and social media will erupt with tweets that read, “They’re just like us.” It is a way to relate casual golfers, who are glad to make bogey on a hole, to the professionals that consistently excel at a very difficult sport. And this week, Tiger Woods was “one of us.”

Woods, the defending Masters champion, was not in contention heading into the imposing par-3 12th hole, where a number of tee shots end up in Rae’s Creek. Woods’ first shot found the water, and he followed that up by spinning his next shot back into the creek. After that, he crushed a shot over the green and into the bunker. He then bladed his bunker shot back into the creek. Woods, the greatest golfer of this generation, made a septuple bogey. So, yes, for a short while, Woods was just like all the normal golfers out there.

The funny thing about that meme is it never plays well in hindsight. After a professional golfer has a bad shot or a bad hole, they often make an amazing recovery out of the trees or go on a streak of birdies. But after a normal golfer hits a bad shot, they have four more bad shots after that.

After his septuple bogey, Tiger birdied holes 13, 15, 16, 17 and 18. It was the first time in his illustrious Masters career that he birdied the last four holes. Woods is beloved, but given his older age of 44, every sign of regression worries fans. After posting a 10 on hole 12, the worries festered. But, in his distinct fashion, Woods responded with a tirade of birdies and proved he is not done yet.