We’re still talking football and, as a bonus, it’s about the Falcons. All throughout the season Falcons tight end Tony Gonzalez has been daydreaming about that sunset. In a nutshell, Gonzalez is one of, if not the, best pass-catching tight ends in NFL history. We’ll also assume his blocking down in the trenches is real good too.

Since the start of the season, Gonzalez has gone on record saying he is at least 95 percent certain he will retire. According to teammate Michael Palmer, the retirement-certainty line moved up another two percent following Gonzalez’s first playoff triumph against the Seahawks three weeks back.

That playoff win notched Gonzalez the all-important “playoff cred” that his resume was missing. Oh he hasn’t won a Super bowl you say? Well, my hunch is Tony Gonzalez and his well-organized mind has already (correctly) concluded that winning a Superbowl requires immense luck, both in terms of the quality of the team you play on, and the random breaks intrinsic to football games that each winning team benefits from. (See Pete Carroll “icing” Atlanta’s kicker.) So I don’t think the lack of a ring bothers Tony Gonzalez, footballer extraordinaire.

Yet, in comes news before the Superbowl that Falcons GM Thomas Dimitroff wants Gonzalez back, fresh off a superb 36-year old season. After marveling at Gonzalez’s year, Dimitroff tells ESPN.com, “It just doesn’t seem like it’s time for him to move on.” Dimitroff then confirmed that he had informed Gonzalez of his wish. He adds “it’s not going to be an easy decision for him one way or another because he knows that he still has fuel in the tank and it’s very legitimate fuel in the tank.”

Jeez, let the man mull it over in peace. Gonzalez is most definitely aware he still has “legitimate fuel in the tank.” Perhaps Dimitroff is just feeding a little something to the fans, giving a rallying cry, some misdirection, to distract the fans from the team’s second half collapse against the Niners two weeks ago. Nonetheless, the Falcons GM is bringing Gonzalez’s retirement back into the public realm, and by publicly making a judgment on Gonzalez’s retirement decision, Dimitroff is disrespecting Gonzalez, who one may presume is used to the Biz and its maneuverings by now.

Fine, chatter about these things during the season as everything unfolds.

But the Falcons season has ended. The franchise has made its position clear, both publicly and privately. So what credentials, as a team executive, does Dimitroff have to judge that it “doesn’t seem like the time” for Gonzalez to “move on”? Obviously, the franchise does not want the tight end position to be an offseason headache and is basing its views primarily on Gonzalez’s performance ability. Yet at this point, Gonzalez owes nobody nothin’. Leave the lobbying to the fans and talking heads. It’s a tremendous decision, and a team employee’s unqualified judgment only adds uncomfortable noise for the player, who has made it clear he is heavily leaning towards retiring.

Perhaps, after 16 years in the league, after all those snaps where he received physical punishment fending off a tubby pass-rusher or venturing over the middle to haul in a pass, he has decided it’s been enough, that his body, while it can still perform at a high level, would be best served to no longer endure the gridiron that is the sport of football. Maybe, and now we are entering into unsubstantiated speculation for sure, Tony, increasingly conscious of the condition of his body, has been monitoring the mounting evidence that an NFL career is appallingly destructive for its athletes, evidence that potentially portends doom for the NFL. Maybe he has concluded he should get out just around now, i.e. ASAP, regardless of current playing ability. Of course, let’s not forget that professional athletes, the ones with kids anyway, also desire more family time. I certainly don’t know what No. 88 is thinking. Regardless, let the man mull it over in peace. 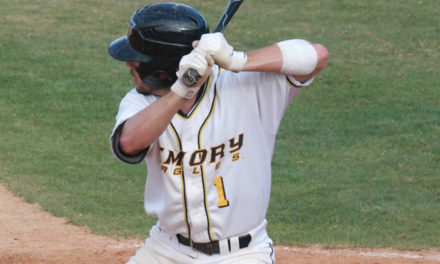