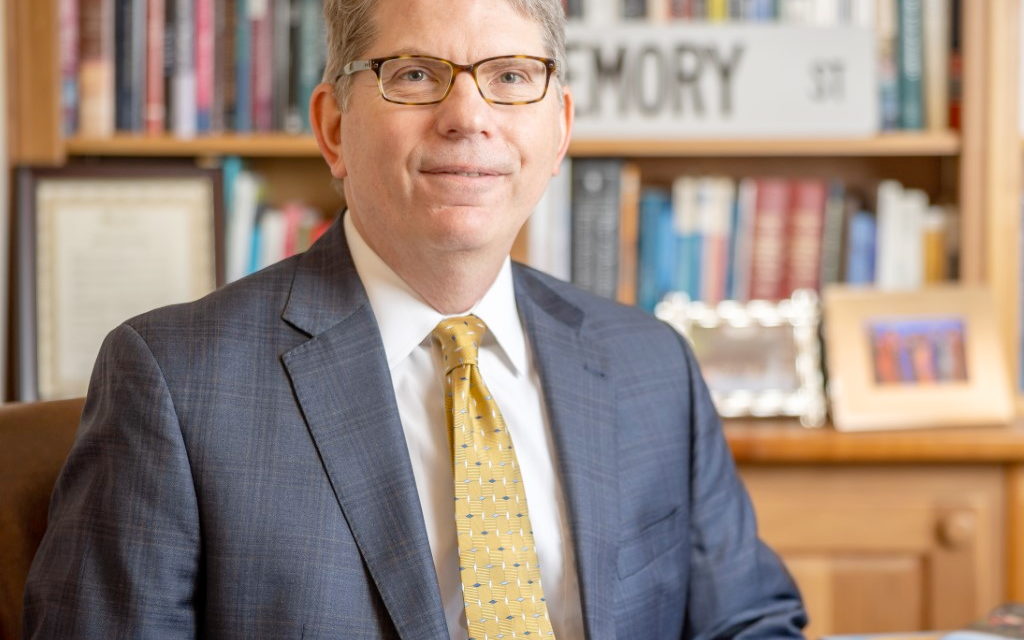 Two days before Oxford College’s commencement ceremony, Dean Douglas Hicks sat in his office on the fourth floor of Seney Hall. From his prime view of the quad below, he overlooked the stage where he would send off second-year students to the Atlanta campus for the sixth year in a row. This year, he joined them in their farewells as he prepared to return to his alma mater, Davidson College, in August as its next president.

To Hicks, this change is a bittersweet one. He expressed “gratitude, above all else” for the friendships and relationships he’s built over his past six years at the College.

“We have a very strong and robust community at Oxford, so I will miss my faculty and staff colleagues,” Hicks said. “I will miss working with Oxford students and alumni, and I’m really excited to be going back to my alma mater to be the president there.”

Through a pandemic, improvements to the campus’ physical design and Emory University’s ongoing reckoning with its troubling history, Hicks has presided over a historic six years in Oxford’s history. During what he called a particularly difficult past two years “for everyone,” Hicks takes pride in the University’s perseverance and resilience.

While he acknowledged there have been moments of tension and disagreement on campus  during the height of the pandemic, Hicks extended his appreciation to students, faculty and staff for their “acknowledgement that this has been hard work, and it’s been shared work.”

This year, he served as the co-chair with Professor Gregory C. Ellison II on the University’s Twin Memorials initiative, a project to erect a tribute to the enslaved peoples who built the College on each of the University’s campuses. In the last week of April, the committee submitted an interim report to President Gregory L. Fenves to document the progress made in the past year.

Baskervill, the design firm the committee partnered with for this initiative, will present design ideas to the community in August based on this year’s 18 facilitated conversations with community members.

Hicks said he has “learned a great deal” from his colleagues and “will personally miss the work.” His experience leading the committee and engaging in heavy conversations with descendants of enslaved peoples and other community members about the University’s past role in enslavement will carry over to his new position.

Davidson College, which was founded in 1837 — a year after Emory’s founding — has its own troubling past with enslavement, which its leadership has begun to address in the past several years. Hicks said the skills and knowledge he has gained on the Twin Memorials committee will allow him to better serve in Davidson’s diversity, equity and inclusion work.

“I look forward to joining that work in progress to acknowledge and honor enslaved laborers who are a part of Davidson’s history,” Hicks said. 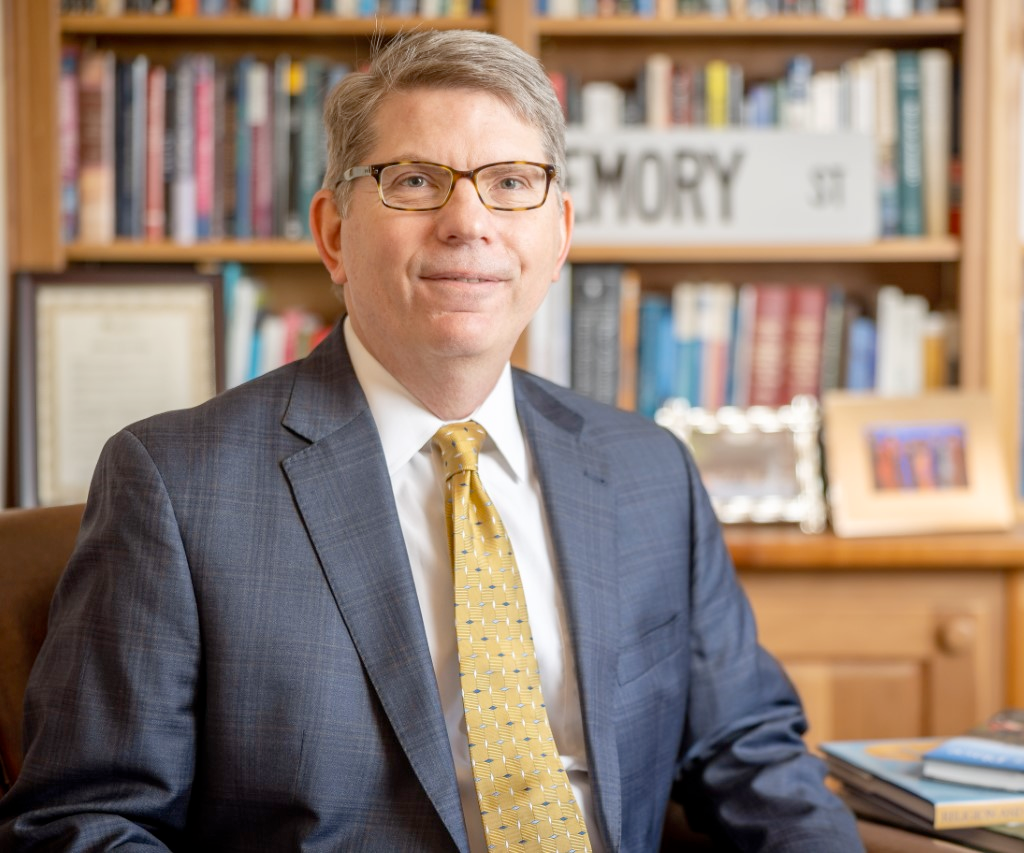 While Hicks said he recognized the importance of students’ first two undergraduate years before he came to Oxford,  he said he leaves with a greater understanding of just how formative they can be.

“Before I arrived at Oxford and right now, I have the same belief that the first two years of college are the most important two years for many, many students,” Hicks said. “I leave Oxford with that commitment even more strongly held than when I got here.”

Along with recognition of the campus’ past, the College also experienced immense physical growth under Hicks’ direction, with the completion of a new dining hall and student center in 2020. In this past academic year alone, the University reopened the newly-updated Humanities Hall and rededicated the Language Hall to honor the late judge Horace Johnson (77Ox, 79B).

“It’s gratifying to see we were able, as a community, to make that happen,” Hicks said.

An ongoing challenge faced by the College is its division from the Emory College of Arts and Sciences in Atlanta, both by its physical distance but also because of student complaints of disparities in course and pre-professional opportunities.

“Differences are important — we’re in two different contexts — but we don’t want disparities,” Hicks said. “So, there’s continued work, and that’s work in Atlanta and in Oxford to make sure we’re both moving each other forward.”

In the past six years, Hicks has worked closely with leaders like Emory College of Arts and Sciences Dean Michael Elliot and Goizueta Business School Dean Karen Sedatole every day to address any perceived disparities between the two campuses.

In addition to increasing cross-campus departmental communication between faculty members, the College debuted its first annual spring festival this year, which welcomed Oxford continuees currently enrolled in the Emory College of Arts and Sciences to revisit their former campus and connect with current Oxford students.

“It was a post-COVID moment that was poignant, and I hope it’s a tradition we can build,” Hicks said. “Oxford is such a resource for Emory University, and Emory University is what made Oxford College possible, so I think the bridges we build between Oxford and Atlanta will always be a core part of what we do.”

While Hicks said he feels substantial progress has been made in his time, he believes there is still more work to be done on breaching any perceived gaps.

“Oxford in a few decades will be asking the same questions about how to make sure that the Oxford and Atlanta experiences are as integrated as they can be,” Hicks said. “Yet, I think we’re in a stronger position now for students than we were a decade or six years ago.”

As he prepared to say farewell and reunite with his alma mater, Hicks extended his “deep appreciation” to the friends and colleagues across the University “who’ve made this work possible.”

“Oxford College is in a stronger position than it was when I got here,” Hicks said. “I believe our relationships across Emory with Atlanta are stronger than ever.”