An Ex-Editor’s Take on Trump, Chalk and the Media 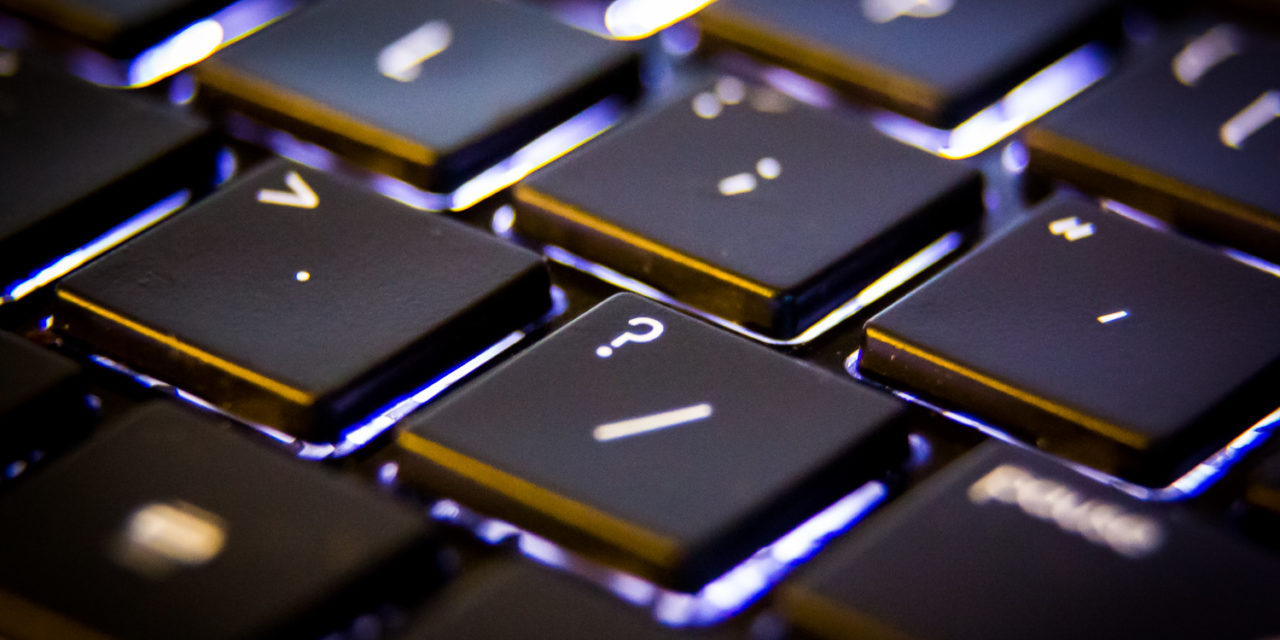 Following last week’s uproar surrounding the chalkings of apparent support for Donald Trump across campus and the ensuing protests, I was simultaneously amazed and disheartened by how things became both inside and outside our institutional walls.  Much of the coverage and conversation shifted from dialogue to vitriol and became misguided and misunderstood in the blink of an eye.

Mindless name-calling is nothing new in regards to politics (and Millennials and colleges and free speech, etc.), but the devolution of the interaction between protesters, the administration and the general populace hit an all time low with such evidenced behavior.

Specifically, I am disheartened to see a newfound antagonism between the student activists, leaders and the newspaper that has, in my time especially, strived to tell all the stories of those within its community.

Across social media, I have seen recurring messages of boycotting the Wheel. Student leaders of prominent organizations have advocated blocking and refusing to give information to reporters and have participated in what amounts to cyberbullying of Wheel staff members past and present.

Yet, as I sat last week and looked at the clusterfuck that was my personal Facebook status about the Trump chalkings, where my frustration with an issue of free speech and journalistic access had quickly descended into a chaos of racially-steeped attacks and buzzword-filled diatribe, I realized something.

When it comes to protesters, outside observers and everyone in between understanding and dealing with the media, we’re doomed from the start.

For the past two-and-a-half years, I have had the privilege of serving the Emory community as a member of The Emory Wheel. Within the Wheel, I’ve served in roles focused on Greek Life, Campus Life, top-level University administration, Student Life and, eventually, had the privilege of serving on the executive board as the Executive Digital Editor.

The stories I have told over time have been important to me as well as to those who read them because they often provided access and insight into a complete, accurate story of sides that often go unheard in mainstream society.

I’ve covered wide-ranging segments of our community, from theology students protesting the recognition of an alleged anti-gay pastor and swastikas on a historically-Jewish fraternity house to Ebola and its safety relative to campus and the traditions and histories surrounding the new member intake process of historically black and multicultural Greek organizations, with a dedication to and focus on  telling these otherwise unheard stories with accuracy and depth.

Yet just as the real world cares little for individual safety and security (see: any internet comment section ever), much of what society thinks of as so-called “journalism” in the real world cares not for disclaimers about accuracy, biases and ethics going into what it writes.

Media literacy is at an all time low, with sites ranging from college-oriented “news” like The Tab and Odyssey Online to partisan-slanted pages like Breitbart News Network or Vox increasingly serving as a primary source of information for most of the country.

Gone are the days of the importance placed on reading newspapers — national juggernauts like The Washington Post and The New York Times are no longer important to most people, let alone one’s local paper.

Because there is so much information out there on the internet, the chances of you only reading sites, views and opinions with which you agree are growing higher and higher. Instead of editorial pages filled with many ideas, we have created echo chambers with exteriors that are simultaneously extremely sensitive and impervious to penetration by outside viewpoints.

With so much of the “journalism” that people see on a daily basis spreading opinions, falsehoods and just plain ol’ differing opinions, it is no surprise that there is a healthy skepticism of the accuracy and unbiased nature of anything and everything that comes out.

Most people don’t realize the inherent slant or biases that come through outlets such as these — or that these outlets really don’t care about impartiality or context or even getting all the facts straight because of the monetary bottom line they aim to serve.

Take for example Fox Sports columnist Clay Travis. Despite having multiple degrees for which I am sure he was required to take some sort of writing class, his attempt at discussing the Trump chalk situation (in which said  repeatedly that he “murders” and “kills” the protestors with his words), his expletive-laced fumble of an opinion piece provides as much newsworthiness, context and insight as a food review of a burger joint by a vegetarian.

Yet, understandably, the protestors and other students of the University are upset at this characterization of our school and its attendees, and when taken outside of the context of what it is — a glorified sports columnist who waxes poetics about whatever he feels that he’s qualified to talk about — it’s very easy and understandable, then, to not to want to engage with anyone who wants to tell your story. In most cases, it is very easy for these ill-trained, unconcerned-with-ethics-and-impartiality outlets to miss things or mess them up.

However, there are still newspapers — newspaper being the key here — that are still fighting the good fight for truthful, far-reaching coverage of all communities, especially those that  have historically been underrepresented and stifled on its pages.

The Wheel is one of those.

It’s not perfect by any means. But much progress has been made. That progress cannot take place, however, if an open line of communication fails to exist between the storytellers and those with stories to be told. The men and women on the newspaper staff work tirelessly around the clock (literally) to report these stories and catch every bit of context and nuance that is available to them.

It is unreasonable not to want to engage with coverage and reporting in the newspaper and lambast the lack of coverage in the same breath. It is also unreasonable to parade around mistakes that are made without working with the writers and editors to learn from issues to better serve the community.

A common refrain that I have heard is that students of color are “tired of having to educate the masses” about the macro- and micro-aggressions they are faced with on a daily basis. While that is certainly true and something that I can never experience personally as someone with privilege, history tells us that progress does not rest on the backs of the ignorant. The Wheel and other newspapers are some  of the more powerful teaching tools at the disposal for those both educating and being educated.

Let the opinion pages be your lecture hall, let your powerful stories, words and insights be your lesson plan and let the world be your students.

Throughout all of this bitterness, confusion and misinformation, this week has reaffirmed three things for me: One, the role of open expression and the freedom to have civil discourse is important now more than ever; two, media literacy is terrible today and the root of  much discontent; and three, never, ever read the comments on any story.

I welcome further dialogue and discussion on Twitter @stphnfwlr or via email.

Stephen Fowler is a College senior from McDonough, Georgia