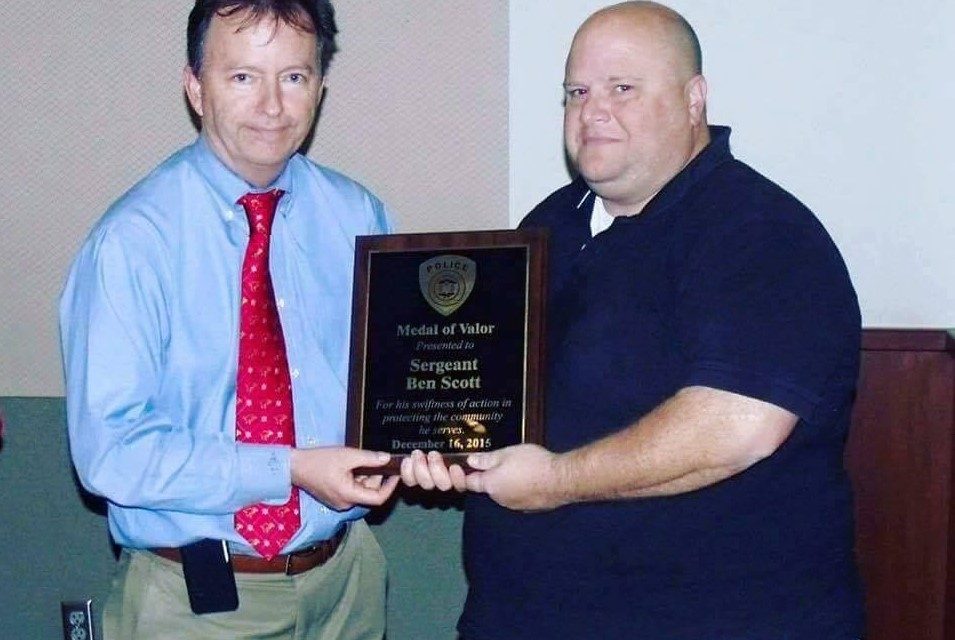 Emory Police Chief Rus Drew, who previously served as the Columbus State University (CSU) (Ga.) police chief, presented the “Medal of Valor” award to a CSU police officer in 2015, one year after the officer shot and killed Zikarious Flint, an allegedly armed 20-year-old Black man who was running away from the officer, a Wheel investigation found.

On March 30, 2014, at 2:35 p.m., CSU police received a report that Flint was loading a handgun at a gazebo on campus. CSU Police Officers Benjamin Scott and William Pack responded and began chasing Flint, and in this pursuit, Scott shot Flint twice in the back while running away, the autopsy report found.

Flint, who was not a CSU student, was on campus visiting friends, his mother Shamanique Flint told the Wheel.

Although Drew told the Associated Press the day following the shooting that the “suspect turned and faced the officers,” internal police investigation documents obtained by the Wheel revealed that, according to Scott’s written account of the incident, Flint did not in fact turn around and was running away.

In a 2016 article of Drew’s hiring, the Wheel mentioned Drew’s oversight of the shooting but failed to investigate further.

Drew awarded Scott the “Medal of Valor” in 2015 according to a photograph obtained by the Wheel, 15 days after a grand jury voted against opening a criminal probe into the officer’s actions. The award honored Scott’s “swiftness of action in protecting the community he serves,” the placard reads. 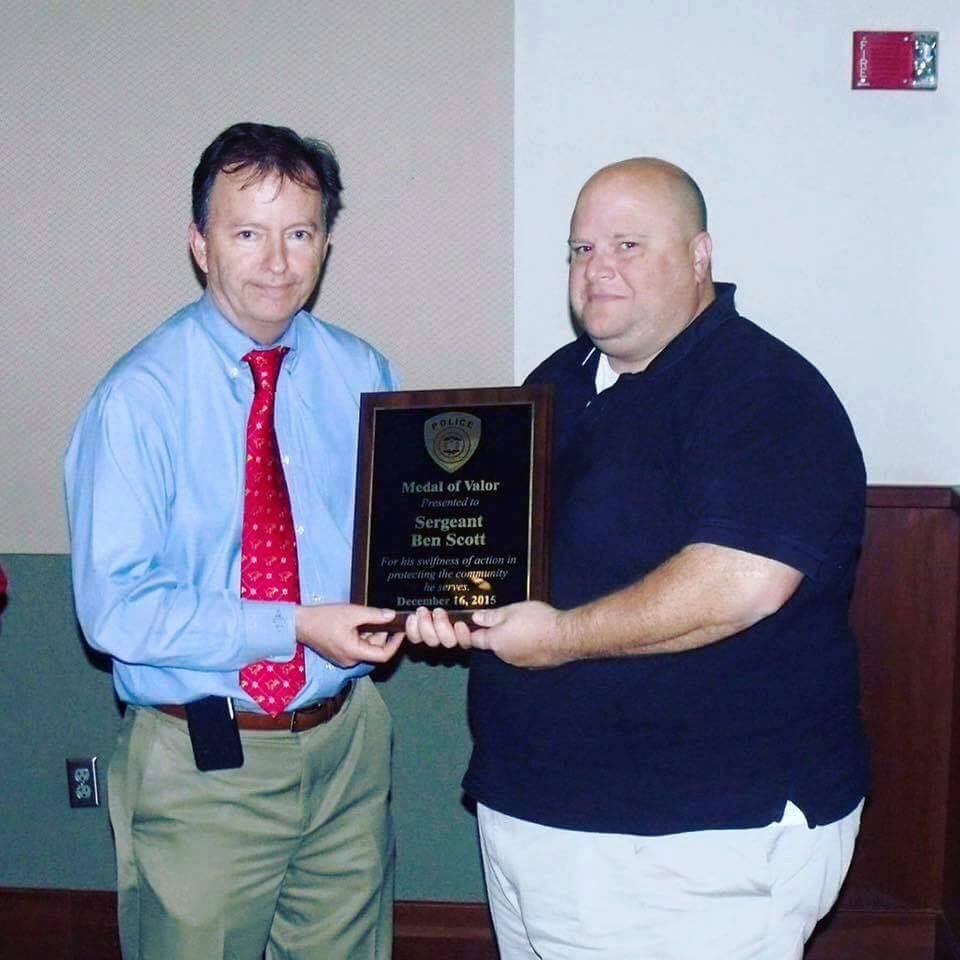 Shamanique Flint said she remains haunted by the photograph of Drew presenting the award. “How do you award someone a medal of valor for taking someone’s life?” she said. “It’s like you’re condoning it, so I feel like my son’s death is on Rus Drew’s hands as well.”

Many Black Emory students and organizations have denounced the Emory Police Department (EPD) in the wake of nationwide uproar over the killings of Black civilians at the hands of police. In a list of demands for the University, a coalition of Black student organizations has requested the disarmament and defunding of EPD.

But what Black students feel is the over-policing of their community is not new. In 2015, Black Students at Emory penned similar demands to University administrators, writing, “throughout, Black organizations have been severely policed which has led to their expulsion from Emory University’s campus for reasons that most organizations on campus are guilty of.”

Drew did not respond to repeated requests for an interview. Vice President of Academic Communications Nancy Seideman wrote in a June 6 email to the Wheel that the University was aware of the shooting when Drew was hired as the Emory chief of police. The Columbus chapter of the Fraternal Order of Police requested that Drew present the award to Scott, Seideman wrote.

Scott alleged in his written statement of the incident that Flint “brandished” a handgun, although the Flint family’s lawyer Katonga Wright (99C) has questioned this allegation, arguing that there was never an investigation into how the weapon found at the scene was connected to Flint.

Wright also noted that in security camera footage of parts of the chase, Flint could not be seen holding a gun. Scott wrote in his account of the incident that he was attempting to activate his body camera when Pack requested assistance in chasing Flint but was unable to turn it on in time.

During the chase, Scott hit Flint with his car in a parking lot after which Flint stood up and continued to run. As the sole officer on the scene, Scott exited the car, drew his weapon and shot Flint in the back from 15 to 20 yards away. After the shooting, Scott was placed on paid administrative leave but was reinstated five months later, Wright said.

Over a year after the shooting, a grand jury recommended that then-District Attorney Julia Slater not open a criminal probe into the incident. Wright said the case was mishandled, citing the Georgia Bureau of Investigation’s failure to provide her with evidence from its investigation until after the grand jury proceeding and what she believes to be Slater’s lack of motivation to investigate and prosecute Scott.

Slater did not respond to the Wheel’s request for comment.

Following the grand jury’s decision, Drew told the Columbus Ledger-Enquirer he believed the officer’s actions were justified. “We knew the day of the incident that the officer had done what was appropriate, followed our protocols,” Drew said. “We were very proud of the actions taken, as unfortunate as the outcome was.”

Wright disputes Drew’s claim. “A man running for his life towards the exit is not a threat. [Flint] had not shot a weapon, he had plenty of opportunities to take hostages if he wanted to, he could have been on a shooting spree … but throughout the chase, Mr. Flint is just running for his life as fast as he can.”

Shamanique Flint filed a federal civil lawsuit against the state of Georgia shortly after the grand jury’s decision and in August 2019 she reached a settlement with the state for $300,000.