It’s 2016 and America feels stuck. It’s not that we can’t move; it’s that we can’t agree on which direction we should move. We have resorted to rehashing the safest political and cultural ideals, almost as if the entire nation is kicking the can down the road on the biggest questions of what values we hold most dear and who should represent us. Upheavals in the forces that create cultural and political norms explain part of this lack of movement, but a lack of consensus is the true root cause. Until America can find some kind of new consensus, our current frustration will continue.

Let’s start with Hollywood. This year is shaping up to be a horrific year for box office sales — possibly the worst since the 1920s. A lot of this can be blamed on the continuous failures of many sequels and reboots to impress audiences. Look at my former colleague Brandon Wagner, who eloquently laid out the case against Suicide Squad (he charges it with second degree cliche), or look at the list of sequels and remakes that have flopped financially, received terrible reviews or both.

As American audiences see fewer movies and marketing budgets for movies grow more expensive, Hollywood has become heavily dependent on sequels and superhero movies for risk-free moneymakers. This has led to a major lack of originality, reflecting the lack of consensus about what elements should be most fundamental to American culture. If America agreed upon a new cultural direction, there would be money to be made exploring that direction and fleshing it out further.

Netflix’s original show Stranger Things depicts the ambience of the Reagan-era — small towns, close families, wholesome America — and captures nicely the satisfaction that accompanied a booming economy and a fairly broad (but not universal) agreement on a set of cultural values.

No movies or TV shows will be able to capture our time well, because we don’t have a shared image of our time. If we did, Hollywood would not have to resort to superheroes and sequels to sell tickets. There is nothing blander and less culturally risky than Captain America fighting Nazis. Hollywood is well aware that engaging in the culture wars is a surefire way to alienate some customers, so it usually tries to shoot for the middle ground. And just how bland and formulaic its movies have become is a sure sign that even they are having trouble finding some kind of cultural consensus to capitalize off. The fact that superhero movies and sequels no longer support Hollywood indicates the level of cultural diffusion we have reached.

A similar level of diffusion and polarization is present in politics. What a year! Elections are contentious and difficult, as we are deciding the future of our nation, and many good Americans have genuine disagreements about what the future of our nation should look like. But elections aren’t supposed to be this difficult — they’re not supposed to be this ridiculous. For me, and many other millennials, picking between Donald Trump and Hillary Clinton feels about as inspirational and exciting as picking out a funeral casket for your murdered parents.

My editor  Brian Taggett traces the origins of this disaster to the influence that we as individuals have on the media. Millennial influence is more important than ever, and on the topic of this election, it is clear how we feel: “It all feels like a joke,” says Jo Tongue, a 31-year-old mother of two from Colorado. The Washington Post interviewed 70 members of our generation, and found only a handful of people who were genuinely excited for one candidate or the other. The shared feeling is that no matter who wins, they will be unable to create change.

That seems accurate. How on Earth could Trump or Clinton solve our nation’s problems? They’ll both face congressional opposition and an American public, a public which already views both candidates unfavorably. Neither would have any kind of general consensus to work from; both would have to force unwelcome policy onto America.

Trump is definitely exciting. But he has based his campaign on contentious rhetoric that occasionally borders on ludicrous or illegal, and he is certainly not selling a universally agreeable or shared vision of America. Clinton is boring and safe, even tedious, and she is disconnected from a specific message. She gives off the impression that she will take any position necessary for her to get elected. She’s also not selling a new consensus, and it seems her only usable argument for why she should be president is that she is not Trump.

The best way to move forward from this unfortunate year is for individuals to start constructing a new consensus. Millennials agree on a lot; the work now is to build what we agree on into policy and cultural values. There are already new ways in which we are building media consensus. According to Symphony Advanced Media, the top four series for viewers aged 18-24 were all Netflix shows. New forms of media and new expressions of culture are everywhere. In small pockets, we are already seeing new cultural consensus arising. We can’t undo the conditions that led to 2016 being the year of the stuck, and we can’t keep producing reboots and sequels — in movies or in politicians. We can only examine what changed and what got us where we are, so we can start constructing a new consensus.

Duncan Cock Foster is a College senior from Seattle, Washington 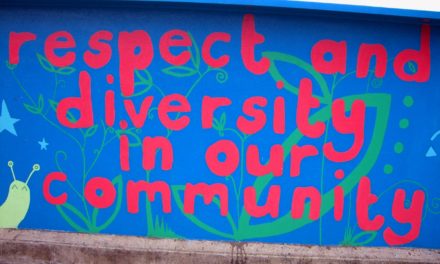 Wheel Debates: Should the United States Rely on Electronic Voting?