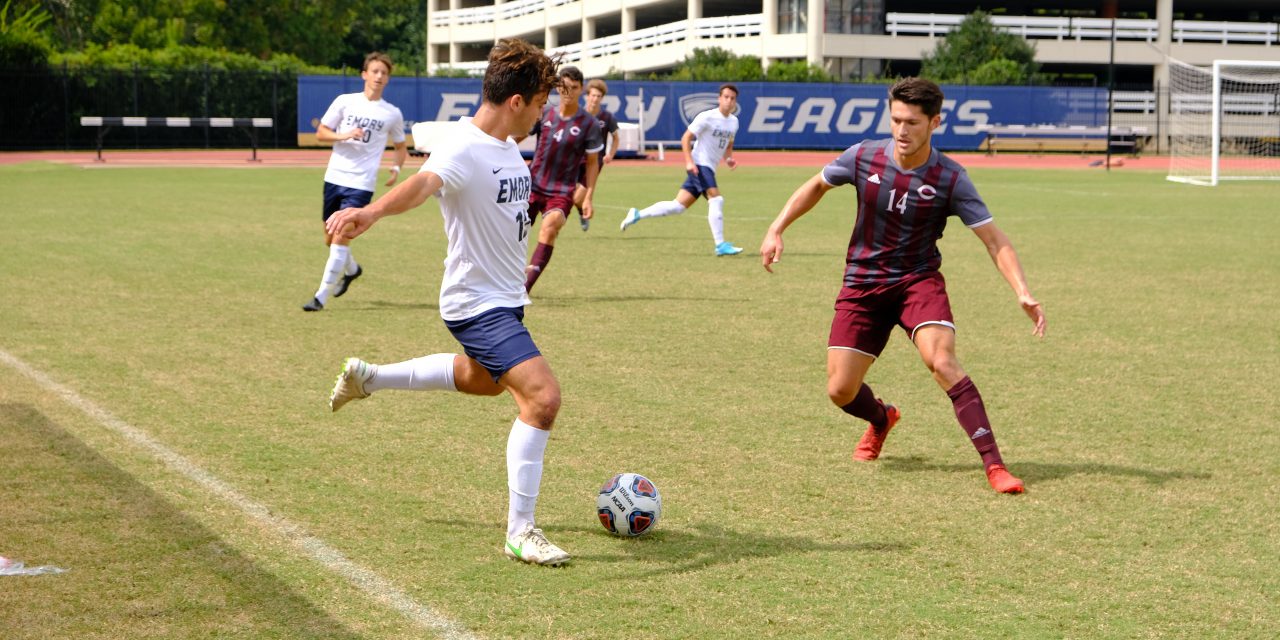 The Emory men’s and women’s soccer teams competed in their University Athletic Association (UAA) openers this past weekend on Oct. 2 against the University of Chicago (Ill.) Maroons. Having not hosted or played a UAA game in a full year, the Eagles started their campaign ready to hit the field.

The women’s game took place at home against an undefeated Maroons team. After having the lead for the first 55 minutes of game play, the Eagles fell to a comeback effort. In the first half of the game, the Eagles held onto the lead and outshot the Maroons 7-6. Sophomore forward Olivia McBerry maneuvered around her defender and crossed the ball to the center of the box where it was hit off the heel of junior forward Kylie Hall and became a loose ball. The ball found its way to senior midfielder Samantha Hilsee, scoring a goal for the Eagles.

“University of Chicago is always our first game of conference play. It’s always a challenge, every team in the UAA is very strong,” Hilsee said. “We came out ready to go, ready for a good game, and we were fortunate to get a goal in the first half which fueled us through a tense beginning.”

Where the Eagles lost the lead was when the Maroons’ forward Nicole Kaspi got a rebound and tapped the ball into the net. The original goal attempt was stopped by junior goalkeeper Emma Miller. However, Kaspi was able to get a goal to even the score in the 56th minute.

“When half time came, they came out in full force and put two on us,” Hilsee said. “We had intense practices getting ready for this big game, so our energy was simulating what was to happen this weekend.”

Six minutes after Kaspi’s goal, the Maroons were able to score another to finish the game off 2-1, with forward Peyton Jefferson finishing from inside the six. Both teams had ample attempts at goals, with the Maroons outshooting the Eagles by a slim 15-13. The game brought the women’s record to 7-2-1.

The men’s game, on the other hand, held a different fate for the Eagles, with senior forward Charlie Scruton scoring two goals in the final six minutes of regulation. Prior to Scruton’s last-minute goals, the Eagles trailed by one against the Maroons. However, with the help of his teammates, Scruton changed the outcome of the game. With just six minutes left in the game, senior midfielder Nate Sampson sailed a cross pass to Scruton who tapped the ball into goal, tying the score. Just five minutes later, sophomore midfielder Alex Mills sent a centering pass to Scruton for his second goal, securing an Eagle victory.

After surveying the game for sometime, Scruton stepped onto the field ready to contribute to the team.

“The interesting thing is I didn’t actually come onto the field until the 70th minute,” Scruton said. “My mindset was to just stay ready and focused on the bench. I noticed from watching the game that their center backs were fairly comfortable with keeping everything in front of them; I went in trying to make life difficult for them.”

This victory extends the Eagles win streak to four games, putting their record at 5-1-2 as they head into a season full of UAA matches. This victory against Chicago was huge for the Emory men’s team, leaving high morale heading into the rest of the season.

“We’ve had kind of a torrid record against [the University of Chicago] the last two times we have played them, they are kind of the team to beat at the moment in the UAA,” Scruton said. “It was a massive win, and we proved that we can beat the best teams in the country, that we are right there with them.”

Both teams will face their next UAA opponent, the Washington University in St. Louis (Mo.) Bears, on Oct. 10. The women’s team will play on the road at noon while the men will kick off their game at 2:30 p.m. in St. Louis.

Editor’s note: Charlie Scruton is a senior staff writer for the Wheel and a member of the Emory men’s soccer team. 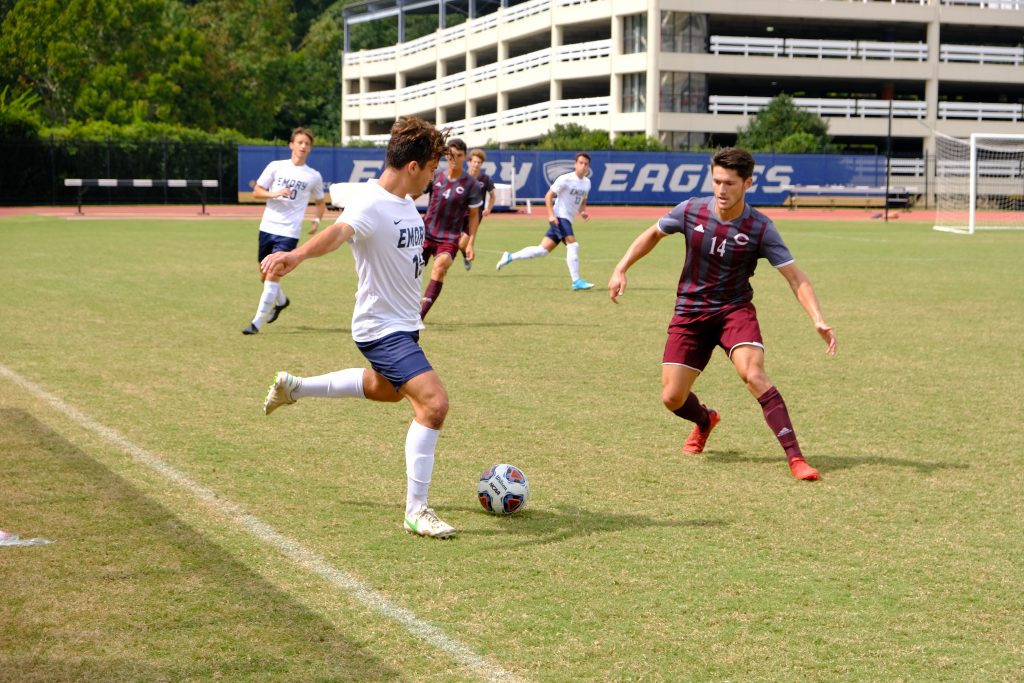