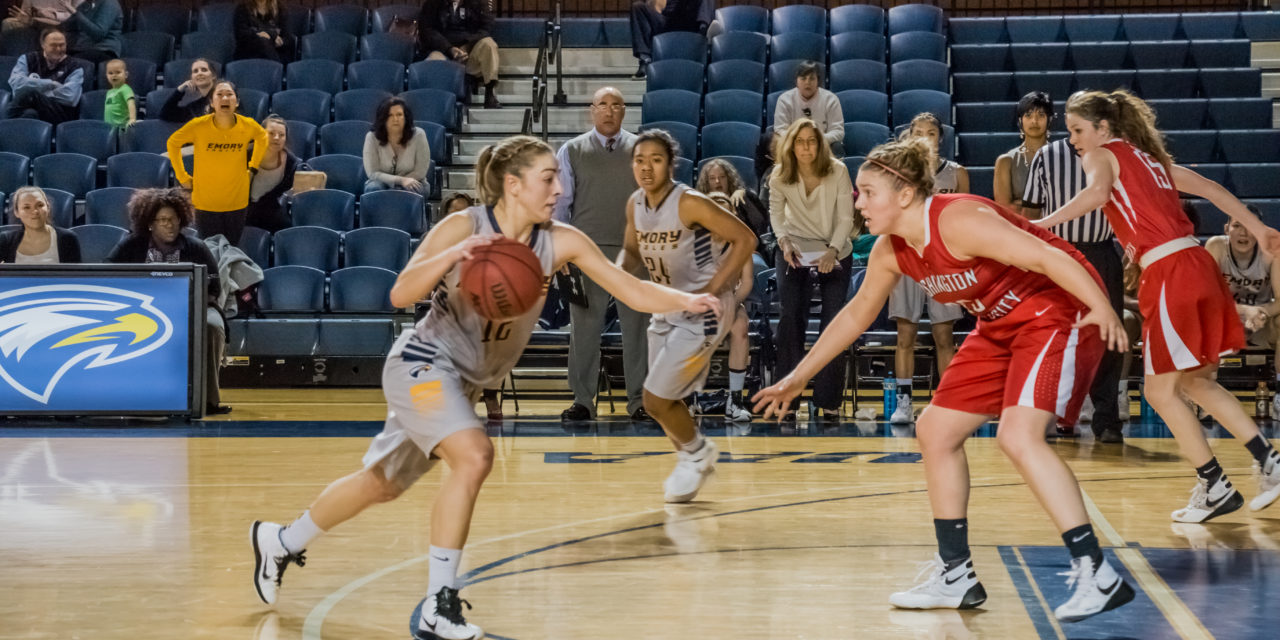 The Emory women’s basketball team split a weekend series against the University of Chicago (Ill.) and 9th-ranked Washington University in St. Louis (Mo.). The Eagles defeated UChicago 71-64 to start the weekend strong, but fell to WashU 72-69 in a close game.

The Eagles struggled out of the gate against UChicago and trailed 34-28 at halftime. However, the Eagles managed to win the second half by a significant margin, finishing the game with a 26-17 fourth quarter, and a comfortable seven point win. The team was led by senior guard Khadijah Sayyid, who finished the night with 17 points to go along with her eight rebounds. The guard trio including juniors Fran Sweeney (11 points), Shellie Kaniut (11 points) and senior guard Ilene Tsao (14 points) also scored double digits.

In the second game of the weekend, the Eagles lost a tight game to WashU. While the team finished the first quarter with a seven point lead (26-19), they fell apart in the second quarter where they were outscored 20-9, allowing the Bears to get back in the game. The second quarter proved to be the difference in the game as the teams essentially tied the second half (34-33, Eagles). Sophomore forward Dumebi Egbuna was a big reason the Eagles hung with the Bears, scoring 19 points in addition to seven rebounds on an efficient seven for eight shooting night. Sophomore forward Lauren Weems, who finished the game with 13 points, was the only other Eagle in double digits.

The Eagles will retake the floor on Friday Feb. 12, when they face New York University (N.Y.) at home. They will wrap up their four game homestand when they play Brandeis University (Mass.) this Sunday, Feb. 14.

On Fire: On Fire Returns, Part Two – The Sequel 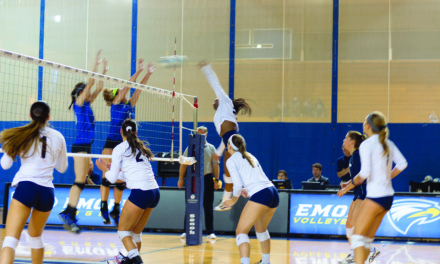