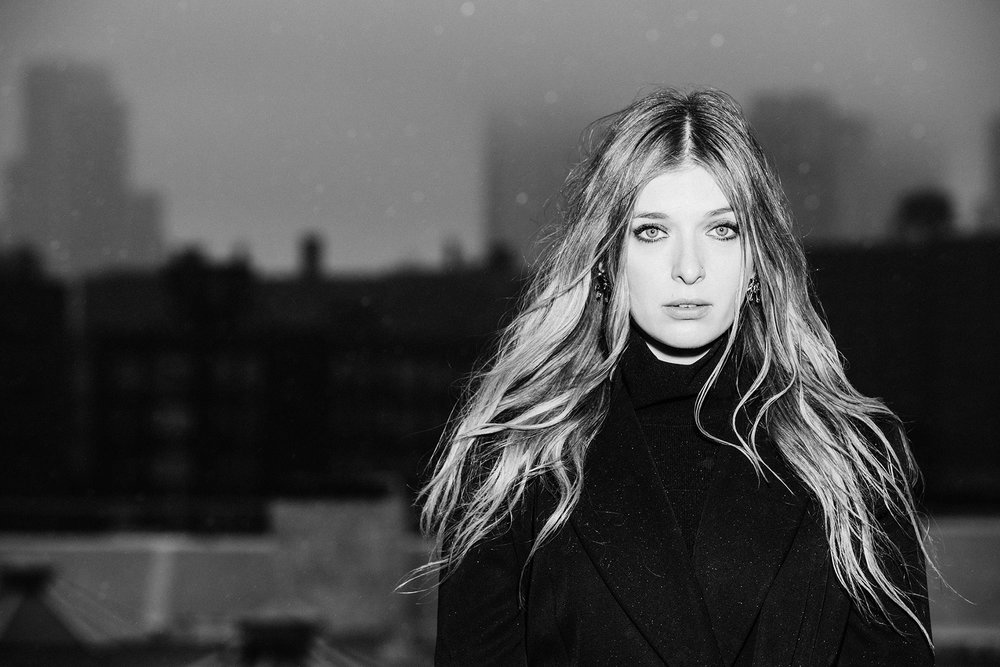 She may not be a staple for indie pop enthusiasts yet, but Verite’s (the stage name of Kelsey Byrne) lively performance at Vinyl may have changed that for some in Atlanta. With a warm, youthful energy and a powerful voice to match, she showcased her considerable talent to an intimate and enthusiastic audience.

The singer first gained traction with her sophomore EP, “Sentiment,” released in 2015. Since then, Verite has attracted an underground following for her acrobatic vocals and killer hooks. She’s appeared at festivals like Lollapalooza and Firefly and has generated positive buzz from sites like Complex, Time magazine and Billboard with each career move. The Atlanta performance was in the last leg of Verite’s tour to promote her debut album, “Somewhere in Between.”

The music benefits greatly from live show, during which Verite’s easy charisma is reflected in her emotionally-charged vocal performance. Vocals that sounded jaded on the recordings were recontextualized in the concert, brimming with intensity and feeling when performed live. Verite was by turns angry, bitter, joyful and captivating during the show’s peak. She eschewed the breathy tone of some of her contemporaries for a richer, stronger sound that held court in songs full of electronica beats and synth.

Verite chose to save her more recognizable songs for when she got deeper in the set list, playing them only after effortlessly establishing a rapport with the audience. She came off as being younger than her 27 years, brightly telling the audience, “I’ll be honest, I took the best nap before this, and you guys have the nicest faces to wake up to.” The modest crowd seemed to be won over, responding with cheers and song requests.

She was accompanied on stage only by her two drummers who remained in the background during the concert. A dynamic performer, Verite moved around the small stage at Vinyl, singing directly to the crowd with outstretched arms. The audience pressed forward toward the stage in response to “When You’re Gone” and “Need Nothing” from her new album “Somewhere in Between.”

“When You’re Gone” isn’t an upbeat song, but the way Verite seemed to disappear then re-emerge from swirls of green light and smoke still entranced me just as much as her performances during her upbeat songs. She glided across the stage during the song, pausing occasionally to bend down and grasp the hands of those in the front row. “Need Nothing” features a hook so expansive and orchestral that it generated a pulse that reverberated through the crowd. The emotional response was palpable as people rose up on their toes in response to enveloping waves of sound.

“Somewhere in Between” refines Verite’s synth-heavy sound and sweeping melodies, showcasing some of her most sophisticated work. Her production value is its highest: Vocals are crisp and Verite eases up on the thudding beats that dominate the songs in her earlier EPs. Instead, the album favors layers of refined synth and guitar over subtle drumbeats. Resulting songs feature creative melodies and complexity that make her work more compelling. “Nothing,” for example, experiments with tempo and texture, alternating sparse percussion and subdued vocals with an explosive bridge that climbs up electric guitar, synth and a persistent baseline with raucous energy.

Where she seemed to lose the audience was in the lengthy intros for each song. The stage lights dimmed, and Verite often spent about a minute of the opening chords of songs adjusting soundboard knobs. In those moments, as she disconnected from the crowd, the audience became less engaged. The dimmed lights may have been an attempt to make an impactful performance, but as the night went on, chatter from the bar occasionally drowned out the beginning of songs.

Admittedly, the songs began to feel monotonous by the sixth or seventh piece. The steep climbs and leaps that Verite’s voice make up the scale are impressive but repetitive characteristics of her songs. As the set went on, heavy background chords began to mask her voice. Without powerful vocals to anchor them, the songs became harder to distinguish from one another.

Fortunately, a change in pace recaptured the audience’s attention toward the end of the show. Verite turned down the heavy electronica beats for more subdued performances of “Somewhere in Between,” and “Floor,” ushering in a more pensive tone. Backlight by cool blue lights, focusing on some point above everyone’s head, she radiated an enviable calmness. Velvet vocals floated above the ocean of chords and matched the introspective lyrics of both songs. She was just as compelling as she was during her upbeat songs, despite being slightly aloof. Even some of the rowdier people at the bar hushed as a contingent of her more devoted fans continued to sing along, swaying in groups.

Given the thankless task of performing on a Tuesday night, Verite embraced the intimate nature of the venue and delivered a sampling of her best work to the crowd. The performance had a warm and electric quality that seemed to deeply affect audience members. The singer’s genuine enthusiasm and appreciation for the crowd shined, and it seems likely that with her immense talent and natural charisma, Verite’s trajectory will only continue upward.