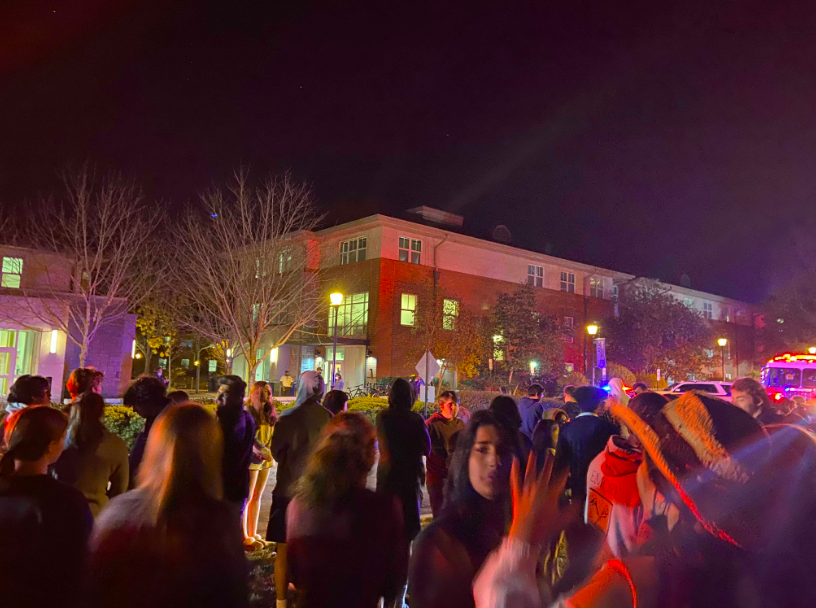 Residents in Oxford College’s Murdy Residence Hall were forced to evacuate Thursday night after a fire started in the hall’s kitchen at about 9:17 p.m. The fire started when the Jewish Student Union (JSU) was cooking latkes, a traditional Jewish dish eaten during Hanukkah, JSU Israel chair Daniel Timor (22Ox) said.

Covington Fire Department Fire Lieutenant Brian Moore said that by the time the fire department arrived, the fire had been put out by a student with a fire extinguisher.

“It didn’t activate the hood system and there was no extinction, so it was pretty much just getting all the smoke out of the building, getting the oven shut off ‘till it can get repaired or replaced and letting you guys back in,” Moore said.

After the fire alarm triggered, students immediately evacuated and gathered in a crowd of about 50 people outside of the hall. Timor played fire-themed music like “Set Fire to the Rain” by Adele on a speaker as students waited to be let back in the building. 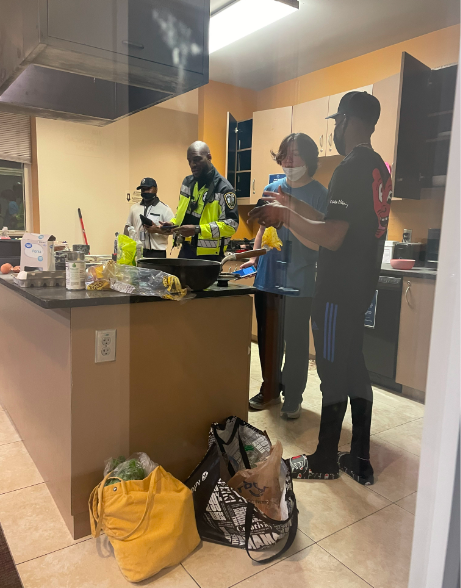 JSU Shabbat Chair Galya Fischer (22Ox), who was there when the fire started, said she thought it began because the pan used to make the latkes wasn’t cleaned.

Fischer said that the event made her realize how unprepared they were for a fire.

“I feel like we should have received fire training,” Fischer said. “I think that’s a basic skill that everyone should have, and I didn’t realize how many people lack it, including myself.”

Murdy resident Sophia Modena (23Ox) said she felt that the response from the fire department was adequate.

“I was kind of annoyed, to be honest, because I was in bed,” Modena said. “I’m frustrated that someone here who didn’t know how to use the kitchen was using it and caused distress.”

Murdy Resident Advisor (RA) Jessica Yoon (22Ox) was in an Supplemental Instructor session when she saw a video of the fire in the “Oxford of Emory ‘25” group chat.

“There’s just a lot of eventful things that happen on campus every now and then but I think the situation is being handled pretty well,” Yoon said. 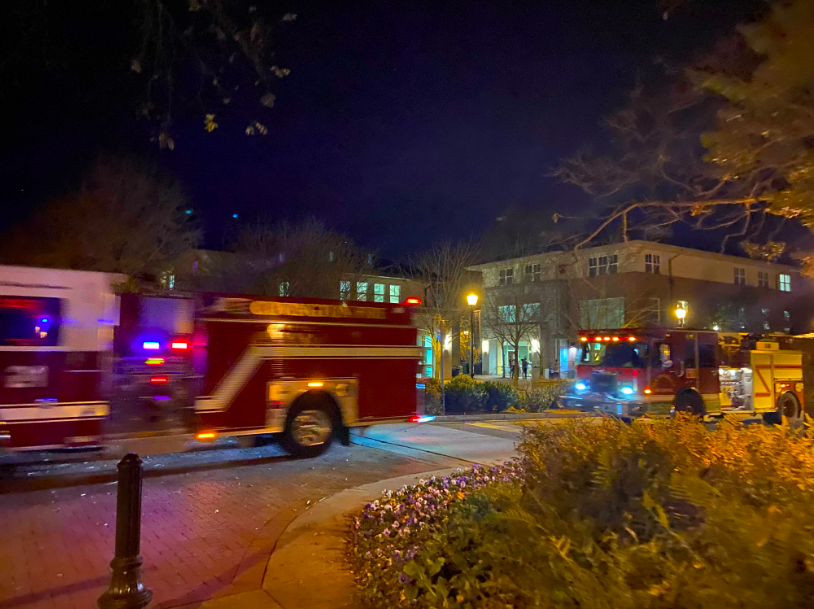 Clay Winder (22Ox), an RA in Elizer Residence Hall located next to Murdy, said that the fire was “quite unexpected.”

“I was just chilling in the RA office and my friend sees past the blinds and sees a fire in the Murdy Kitchen,” Winder said. “[It’s] annoying because I can’t go to sleep yet and I was planning to take a shower.

By 9:45 p.m., students were allowed back into the building.

Moore, however, commended students for their quick evacuation.

“You guys did an awesome job evacuating,” Moore said. “Everyone was out of the building when we got here. It’s really important for us, so we don’t have to search for you guys when we’re dealing with this problem too.”