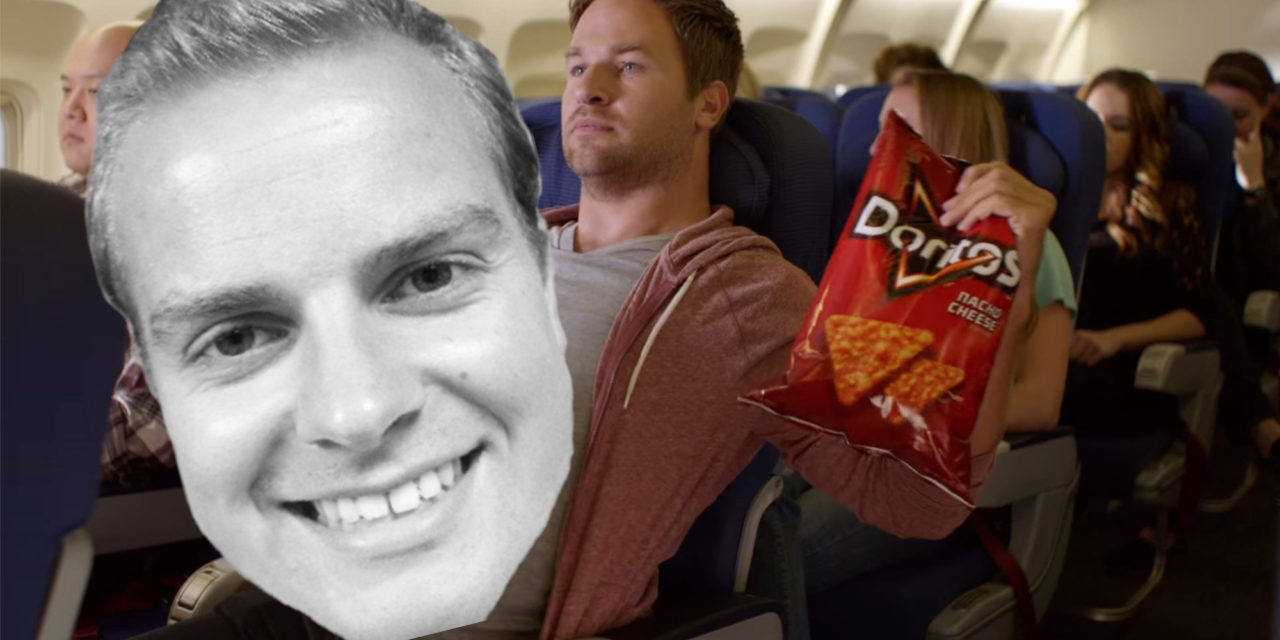 If there is one thing that I have come to learn in my time as the Sports Genie, it is that good things happen when you let the people choose for themselves.

After all, what could be better than American politics? Nothing, except for maybe “American Idol.” Good things happen when the people decide.

In this spirit, I would like to use the powerful podium that the Sports Genie column provides me to offer a shout-out to Doritos for their policy regarding Super Bowl commercials.

For the past nine years, the Frito-Lay (the manufacturer of the seasoned tortilla chips and a subsidiary of PepsiCo, the multinational food conglomerate that also owns Tropicana, Quaker Oats and Gatorade and generates over $1 billion in profit every year) has run a Super Bowl ad contest. In it, as in all great things, the people get to decide.

Every year, Frito-Lay asks its customers to create Doritos commercials and submit them to its contest. The company then narrows down all the submissions to 10 finalists and allows its customers to vote to determine the winner, which will then be played during the Super Bowl. In addition, the winner receives $1,000,000.

This is democracy at its finest. Not only do the people decide, but the people create. And it is not just the people who are doing the creating, but a very special subset of them — the consumers.

That is correct; Doritos is asking its customers to create the commercials that will then irresistibly compel them to buy their addictive seasoned tortilla chips. This is capitalism in its most evolved form. The people create, the people decide and then the people buy. Brilliant. Doritos, the Sports Genie salutes you.

In an entry entitled “What Could Go Wrong?” two bros are chilling in their apartment eating Doritos and checking out through the window the attractive girl standing on the roof across the street. When Bro #1 suggests to Bro #2 that he go talk to “the hottie from 3B,” Bro #2 expresses reluctance, to which Bro #1 replies, “Bring her some Doritos. What could go wrong?”

The commercial then cuts to the roof, where Bro #2 is holding a bag of Doritos and staring into the eyes of the hottie from 3B. She says, “Dance with me,” and as flamenco music starts playing the two of them start twirling around and around. However, Bro #2 forgets to hold on to his bag of Doritos, and while picking up the hottie from 3B to twirl her in the air, he slips on the Doritos bag and drops the hottie off the roof. He quickly leaves the scene of the crime, but quickly returns to reclaim his dropped Doritos bag.

Apparently that is what could go wrong.

I found this ad mildly amusing, but not the type of creation that I would expect the most evolved form of capitalism to spawn. Something more along these lines appears in the commercial entitled “The Lemonade Stand.” In it, a cute little girl is operating a lemonade stand in her perfect suburban front yard when a kindly middle aged man comes up to her and asks how much for her Doritos.

In a perfect expression of the way all of us feel about our Doritos, she replies, “Sorry, sir, those aren’t for sale.” The man quickly offers to buy two lemonades if she will give him the Doritos, though he is quickly outbid by two female power-walkers, who offer to buy four and six lemonades, respectively. The man then quadruples his original offer, at which point the little girl pulls out a bull horn and starts speaking in the rapid-fire voice of an auctioneer, soliciting bids from the entire neighborhood until one hapless football jersey-wearing dad bids 84 lemonades, the number on his jersey.

This ad began with promise, but ultimately it left a bitter taste in my mouth. The girl was just speaking way too fast. It is not natural.

As the Sports Genie, I am all about natural. For that reason, I ultimately cast my vote for “Middle Seat.” In it, a guy on an airplane finds himself sitting on the aisle with an open middle seat next to him. As various unappetizing seat-neighbors pass by, he fakes illness, plays the flute, clips his toenails, snores loudly, reads a book on irritable bowel syndrome (IBS) and flosses his teeth to discourage them from sitting next to him.

Until he spies the perfect companion for a long flight — a smoking hot blonde girl! Hiding his floss, toenail clippers and book on IBS, he prominently displays a bag of Doritos. In a moment of pure human drama that brings all of us to the edge of our seat, the hot girl takes the bait and sits down next to him!

And sitting in her lap is her cute little baby. As the hot mom naps, the guy eats Doritos with the baby and asks the little dude to put in a good word for him with his mom.

That commercial perfectly sums up the human condition. We spend our whole lives pretending to have irritable bowel syndrome until a hot girl comes along, but when she does she inevitably has a baby (and presumably a husband or wife). But at least when that happens, we get to eat Doritos.

That is why I voted for “Middle Seat.” That is why I still believe in America. Things are not looking so good in the big, scary world out there, but at least we can find some solace when we eat Doritos. Thank you, Super Bowl, for giving Doritos the platform through which to spread this uplifting message.