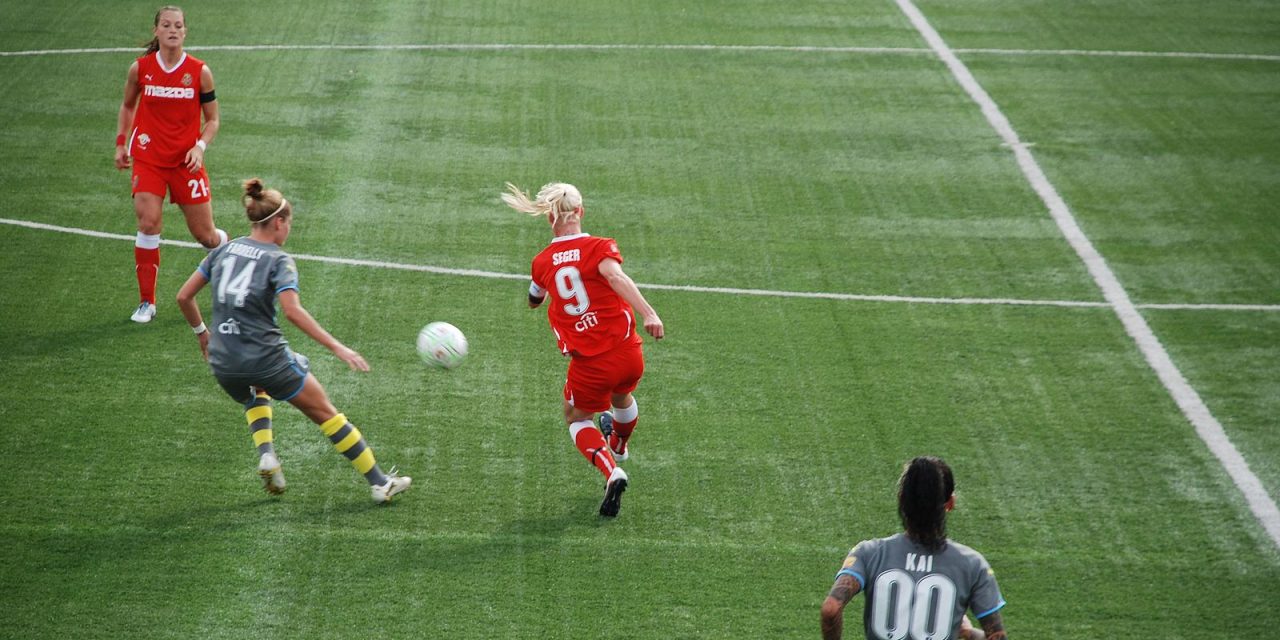 The world of youth club sports, specifically soccer, is a crazy one. Young children train almost every day as if they are professional athletes. Parents push their kids to extremes and coaches attempt to get their players to reach their full potential, no matter what it takes.

I have played club soccer and been a part of this world since I was 8 years old. For the past 12 years of my life, I have dedicated everything to playing soccer at the highest level I could. The commitment was year-round; but, I loved soccer so much that this commitment didn’t seem to be much of a sacrifice.

2012 was a transition year in my life. I moved from Maryland to New York and had to start my life over at only 10 years old. The main question on my mind was, “Where am I going to play soccer?” By 2014, I joined a soccer club in New York called Albertson Fury Soccer Club. I was excited join this particular club because the director of coaching was Paul Riley, a prominent figure in the women’s soccer world.

Riley was also a top National Women’s Soccer League (NWSL) coach for the Portland Thorns (2013-2015) and the North Carolina Courage (2016-2021). The NWSL is a professional league for women’s soccer and is considered the highest level of competition in the United States, and arguably in the world. Riley’s team was also considered one of the best women’s soccer clubs at the time.

A dream of mine was to play professional women’s soccer, and Riley could be a stepping stone to my aspirations. I admired him greatly and got excited whenever he walked around our practice field observing us playing. Whenever Riley was watching us play, I felt as if I had an opportunity to show my skills. My teammates and I also admired Riley for getting us tickets to watch his Portland Thorns NWSL team play and for the opportunity to meet some of the professional players. Riley was a role model to us, young girls.

Last week, I was shocked by the news that the NWSL was mired in allegations of sexual misconduct, inappropriate and homophobic comments and questionable behavior. I was even more shocked to see the name of the main culprit in the headlines, my ex-club Director of Coaching Paul Riley. The same man that had inspired me was accused by multiple women of being a sexual predator.

In a recently released report from The Athletic, former NWSL player Sinead Farrelly described how a married Riley coerced her into his hotel room to have sex. Another reported situation explains Riley coercing Farrelly and teammate Meleana Shim back to his apartment and pressuring the two to kiss each other.

Riley was fired by the Thorns in 2015 after Shim had first reported allegations against him, but only a few months later, he was hired by the North Carolina Courage until he was let go as the recent news came out. Riley should have never been allowed back on the field coaching after the first incident report in 2015, but his actions went without consequences for over half a decade.

One of my ex-teammates from the Albertson Fury Soccer Club Isabelle Sullivan, a current member of the Skidmore College (N.Y.) Division III soccer team, was caught off guard when she heard the news about Riley.

“I was just shocked and pretty disturbed because of the fact that I was so young when I used to play for his club, and it’s crazy thinking that someone I knew and someone that I looked up to so much could do something like that,” Sullivan said.

Not only was the news surprising and unsettling, but it made my former teammates and I realize that sexual abuse in the women’s sports world is more common than most people are aware of. What happened to some NWSL players could have easily happened to me.

But, along with this trust comes vulnerability. Sexual abuse can happen to the best, brightest and most ambitious people because they are the ones who would go through anything to make their dreams come true. Certain coaches abuse their power and status to exploit the vulnerable.

“It could happen to anyone,” I keep repeating in my head.

When learning about the sexual abuse in the NWSL, Victoria Ganeles, an ex-club teammate of mine and current Massachusetts Institute of Technology Division III soccer player, wasn’t as surprised by the news as one might expect.

“I am sadly not surprised about the sexual abuse news in the NWSL,” Ganeles said. “It seems that whenever men are put in positions of power over women, they abuse that power. It is terrible to know that women and girls are so frequently put in situations where they feel trapped because they are put in disgusting situations with no easy way out. Power dynamics are so easily abused.”

Ganeles and I were on the same club team in high school when an ex-club coach of ours showed up to a practice intoxicated and acted extremely inappropriate with us. My team felt very uncomfortable, so I went to the field next to us to get a female coach that could help us with the situation. Our coach was fired after that incident, but it was a scarring experience that I, and my teammates, will never forget.

“The situation made me feel extremely uncomfortable,” Ganeless said. “It was scary to have someone in a position of authority showing up in that state.”

Another ex-teammate of mine, who wished to be kept anonymous, told me about an incident when her club soccer coach invited her to his hotel room with his girlfriend at a soccer tournament. A different ex-teammate of mine told me about a time when her coach was fired for inappropriately touching one of her teammates while traveling on a plane to a soccer showcase. Unfortunately, the women’s sports world is surrounded by sexual abuse.

The NWSL story is one of many situations of sexual abuse in sports. The U.S. Gymnastics team doctor Larry Nassar sexually assaulted hundreds of girls. Women are not the only victims. Young children are at high risk for abuse as the world has seen in instances of sexual assault in the Boy Scouts of America and the Catholic Church.

Something has to change. Society has to take responsibility. Society tells us to please our superiors and do what we are told. There has been a failure in the adult world of pushing children to blindly follow their superiors. Young women then often feel like people won’t believe them or that there is too large of a toll in coming forward. Children, who feel compelled to follow directions, can often feel uncomfortable speaking up, or they are unaware of what is right and wrong with regard to how adults treat them.

I do not ever want to feel uncomfortable by a coach of mine in the way that my teammates have felt in the past, or the way that I felt with my intoxicated club coach, or the way I could have felt under the leadership of Riley. The victims of sexual abuse, like those in the NWSL, U.S. Gymnastics and many others, deserve more. Society needs to change and stricter consequences must be put in place for the perpetrators. 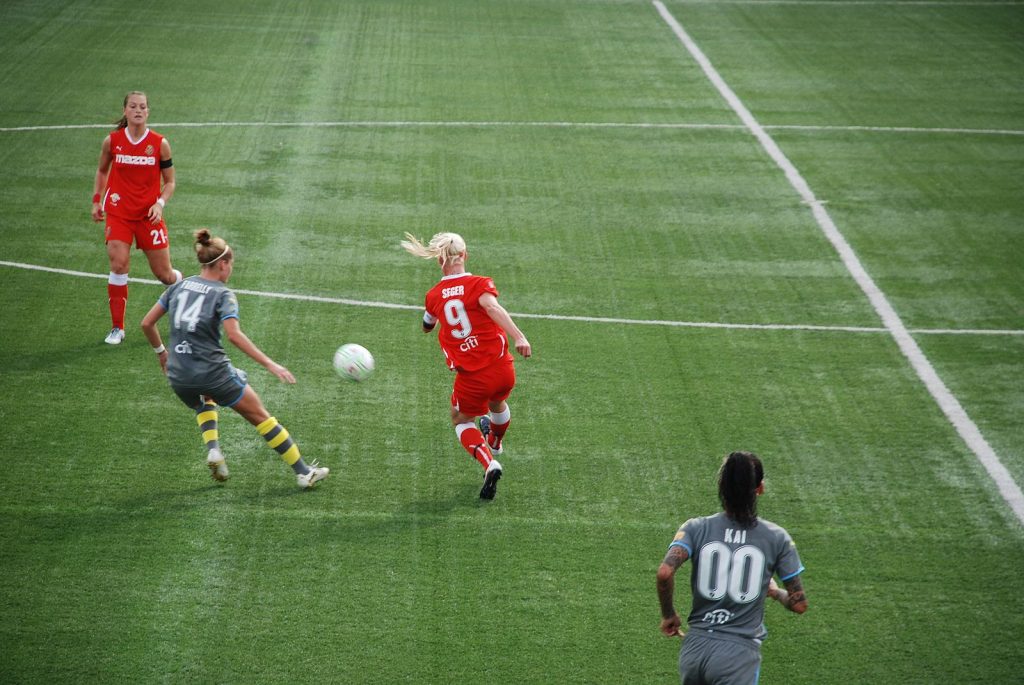