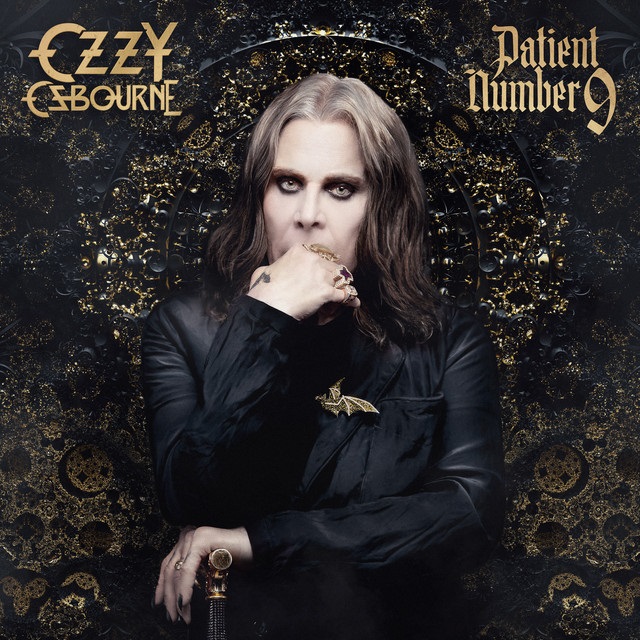 The year is 2022 and, somehow, the 73-year-old Ozzy Osbourne is still rocking hard. Known by fans as the “Prince of Darkness,” Osbourne continues to live up to the moniker, boasting a 50-plus year longevity that borders on supernatural. “Patient Number 9,” released Sept. 9, stands as the solo artist’s 13th studio album, not counting his other 9 releases as the frontman of Black Sabbath.

Throughout his storied career, Osbourne has collaborated with some of the best guitarists to ever lay down a riff, and his influence makes a strong impression on “Patient Number 9.” Not only do longtime bandmates Tony Iommi (Black Sabbath) and Zakk Wylde make multiple appearances, but superstars like Jeff Beck, Eric Clapton and Mike McCready are also featured. If “Patient Number 9” is Osbourne’s final album, he’s going out on his terms.

Osbourne has always had a flair for the catchy, larger-than-life choruses and life-affirming riffs, and that approach is the foundation of the album’s opening title-track, a 7-minute, arena-shaking anthem. Osbourne performed the track, which has all the balladry of a classic like “No More Tears,” on Sept. 8th at the Buffalo Bills vs. Los Angeles Rams Halftime show. Built on two main guitar passages and a second half loaded with Jeff Beck’s melodic shredding, “Patient Number 9” pushes the limits of how cathartic triumph can feel. The title refers to a fictional patient in a mental hospital, whose desperation to break free from the constraints of a nonsensical prison can be read in many interesting contexts, especially with the announcement that Ozzy and Kelly Osbourne plan to move back to England from Los Angeles.

Aside from its understated social commentary, the themes of Osbourne’s 2020 album “Ordinary Man” and this release emphasize Osbourne’s struggle with mortality and posthumous wonders, though “Patient Number 9” is less overt. Tracks like “Immortal” may eulogize the forgotten, but Ozzy spends the majority of the time celebrating his own brand of immortality over distinctly upbeat riffs. Elsewhere, evocative titles like “God Only Knows” and “Dead and Gone” reference a different aspect of inner conflict as Osbourne contemplates the modern world and his place within it. Among the most personal songs on the record, the aforementioned tracks feature some of the most memorable choruses and heart-tugging guitar melodies.

Other highlights, unsurprisingly, come from new collaborations with Tony Iommi, the godfather of heavy metal. The devilish, dissonant simplicity of “No Escape from Now” and “Degradation Rules” calls back to the glory days of Black Sabbath, when Osbourne and Iommi were taking rock‘n’roll to places it had never been before. In 1970, these songs would have been ground-breaking; in 2022, they could be considered a less-extreme conglomeration of genres like sludge metal and doom — both of which took root from Black Sabbath’s boundary-pushing soil.

From an instrumental perspective, it’s near impossible to find a performance that isn’t air-tight. In addition to Osbourne’s entourage of all-time great guitarists, “Patient Number 9” also features performances from world-renowned bassists Robert Trujillo (Metallica) and Duff McKagan (Guns N’ Roses), as well as instantly-recognizable drummers, Chad Smith (Red Hot Chili Peppers) and the late Taylor Hawkins (Foo Fighters). These star musicians elevate one another with the infectious energy that comes from the ability to effortlessly jam on a fantastic riff, elevating Osbourne in the process. However, at 13 tracks and 61 minutes, even this star-studded supporting cast can’t justify the album’s indulgent run-time — especially since none of the songs stray far from hard rock tropes.

“Patient Number 9” also suffers from its denial of the abundantly clear fact that Osbourne’s voice isn’t what it once was. The young, howling tempest that drew the original metalheads to theatrical classics like “Black Sabbath” and “Symptom of the Universe” might be recognizable on “Patient Number 9” — but only in diluted form. Bordering on robotic, Osbourne’s distinct croon finds itself surrounded by layers upon layers of vocal processing, capturing only a fragment of the debaucherous mirth the rock world has loved since 1970. Overproduction’s impersonal touch even finds a way to subtract from instrumental performances, slathering the guitars in such a pristine coating that stylistic nuances are swallowed up in voids of distortion.

Despite its missteps, “Patient Number 9” is an impressive effort from a 73-year-old Osbourne, reflecting much of the wide-eyed fantasy and rocking grandeur of his 1970-2000 prime. With the help of superstars, there’s still arena-rock magic to be found on nearly every track; Ozzy is still Ozzy — wild and playful as ever — but one has to ask when it’s time for the Prince of Darkness to let his legacy speak for him.

There’s no reason that Osbourne can’t retire right now, but that’s the crux of his insistence on releasing records 54 years into his career; he doesn’t make music because he has to — he makes music because it’s what he loves. And who would pass up an opportunity to do what they loved for the rest of their life? Ozzy Osbourne is already immortal, and “Patient Number 9” is a bonus entry in a discography that will go down as one of the most influential in rock history. 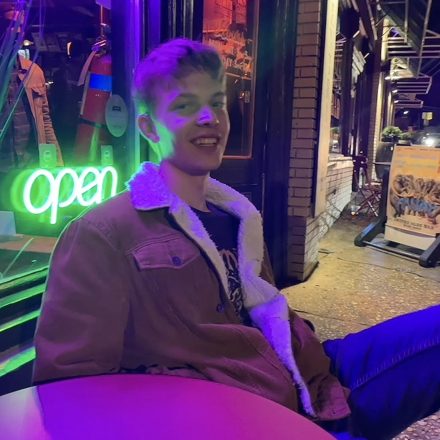 Easton Lane (he/him) (25C) is from Littleton, Colorado and is double majoring in Creative Writing and Environmental Sciences. When he’s not listening to heavy metal, he can be found writing stories about bittersweet things and telling people about the music he has just listened to.