Ni de aqui, ni de allá (Not from here nor there) 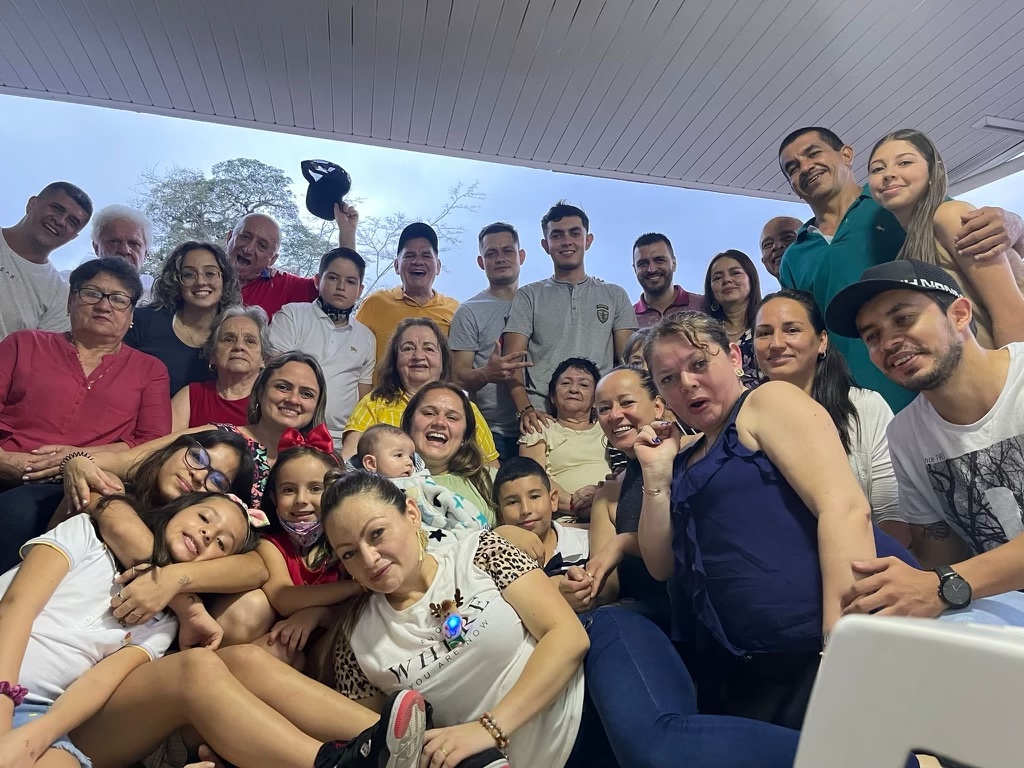 When people ask me where I’m from, I have a split second to decide what answer they get. For the sake of oversimplification, I’ll often say I’m from Miami and leave it. If I’m feeling particularly conversational, I might mention how my mom is Colombian and my dad is Peruvian but also half Palestinian and how I was born in Miami despite growing up in Guatemala. Not unlike Improv, my identities have always felt a sort of “Yes, and…” situation, one where I feel that no matter how many facts I state, I will never be able to identify a place or circumstance fully indicative of who I am.

My four last names only capture a fraction of my heritage and experiences, but my fair complexion and blonde dyed hair mean I don’t look “Latina” enough to both Americans and my family. While I never distance myself from the privilege the color of my skin offers me, it is alienating to not be perceived as “Hispanic” enough to both those who know my background and those who do not. In Miami, when I went places where Spanish was the default, people automatically spoke to me in English while speaking to my other Hispanic friends in Spanish. Though no one could change the fact that Spanish was my first language, moments like that stopped me in my tracks. It often left me thinking about how no matter how connected to my identity I felt, I would never be able to exist without being questioned.

My Colombian family lovingly teases me by calling me “gringa,” or American, and though they say it with a playful grin on their faces, the word is a bitter reminder of my lack of belonging. Though I hate to admit it, there are often jokes and cultural references to politics or pop culture in their conversations to which I am a complete stranger, having grown up so far away from them. Even to this day, I still meet close family members who I had no idea existed. Beyond our bloodline, we have seemingly nothing in common: The awkward silence after being introduced is yet another reminder of our disconnect. The dichotomy of them somehow being a part of me and not being anything to me is a strange reality, and one I don’t think I’ll ever escape.

Oddly enough, I have grown closer to cultures and countries to which I have no connection to through my experiences. Growing up in Guatemala made “sones,” folk music from the broader Central American and Caribbean region, feel as nostalgic as any other childhood memory. The music filled the air at school assemblies, parties and even supermarkets; this was an inextricable part of my upbringing. I still sometimes crave the “pupusas” and “dobladas,” variations of tortilla dough with cheese inside, from the block where I used to live. And, since we moved for my mom’s job to a country where we had no family, her mostly Venezuelan coworkers who were also in pursuit of a better life became our chosen family. They were always there for every special occasion; each birthday was marked by a traditional birthday song that seemingly never ended, every party had its own special food and every greeting was accompanied by a warmth like no other. Their generosity, tenacity and kindness impacted me more than anything else during my time there, and I attribute a large part of my identity to them. Though I don’t identify as Guatemalan or Venezuelan by any means, it becomes difficult to properly honor the role these identities have played in my life when I explain where I’m from. It almost feels as if I leave a part of who I am behind, with no way to reclaim it in a way true to myself and the communities that I called home.

In Miami, I shared my identity as a third-culture kid with a majority of my peers, a validating environment I took for granted. Though coming to Emory was not the first time I’d grappled with the issue of my identity, the reality of living in a place where being Hispanic was not the norm hit me like a brick. Language was the most noticeable difference — when meeting new people, I found Miami slang and Spanish syntax slipping into my English conversations. There’s no way to describe how strange it was to feel that even topics of conversation change, and there’s no way to understand this shift until you live it. Throughout my time here, I’ve felt my thought processes become more methodical and “American,” whereas before I lived in the abstraction offered by the Hispanic view of the world. Spanish, for example, uses complex metaphors sentences riddled with elaborate descriptions of whatever story is being told. English tells it like it is. Spanish is spoken fast with no space in between our words, similar to our speakers’ fondness for little personal space. Words in English are spoken sharply and distinctly, similar to the individualism of the U.S. in comparison.

Though I cannot change my roots, my perception of my identity in relation to my ethnic background will always be in flux. I have come to understand that the labels, whether self-identified or placed by others, are reductive and not all-encompassing. Through the multiple identity crises, I’ve come to terms with the fact that not everyone will fully understand my background when they first meet me, and that’s OK. Now, when my family lovingly teases me about being “American,” I’ve learned to laugh with them. 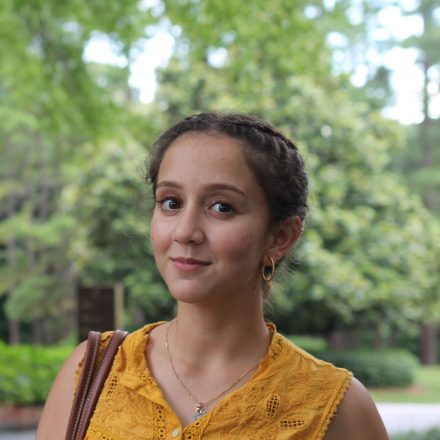 Dani Parra del Riego Valencia (she/they) (25C) is a half-Colombian, half-Peruvian Miami native majoring in international studies and strategy and management consulting. Outside of the Wheel, they are the first-year representative for Young Democrats of Emory as well as a member of the Model United Nations Travel Team. In their free time, Parra del Riego Valencia enjoys practicing Yoga and trying new foods.