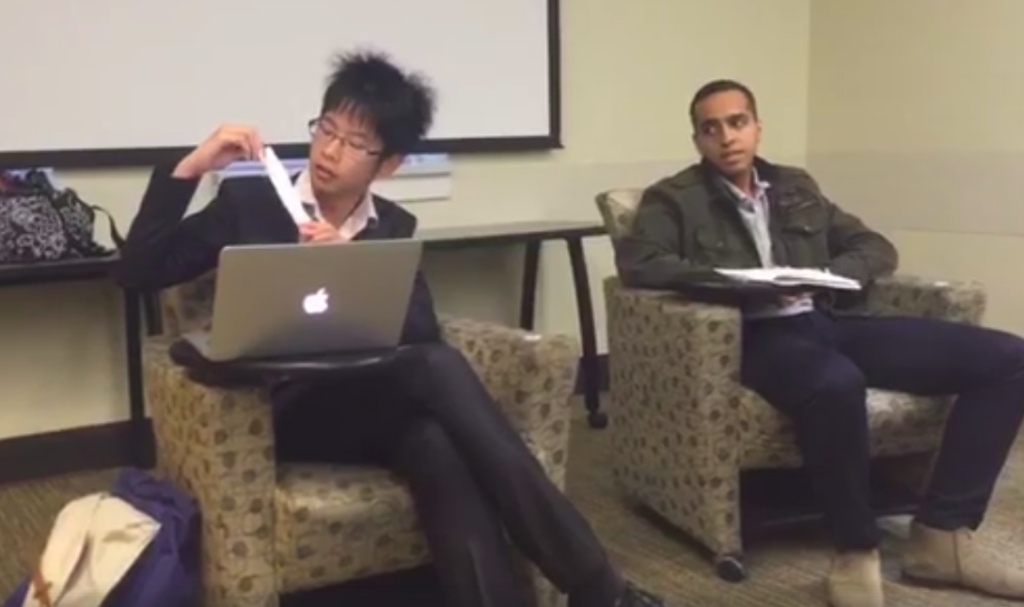 Zhang told the Wheel that the students may have filed complaints due to “misunderstandings.”

The charges were dropped “to keep the candidate pool diverse and allow those who are qualified to be able to demonstrate what they can do for the Emory community,” Zhang wrote in a March 31 email to the Wheel.

The Elections Board held a hearing on Friday after two students told the Elections Board that Ma was trying to obtain votes in exchange for purchasing alcoholic drinks at Maggie’s Neighborhood Bar & Grill. Another two students accused Ma of offering executive positions to receive votes. In response, Ma filed a challenge against Karras for colluding with the challengers and creating “fake stories” about him.

Ma and Karras ran for Student Government Association (SGA) president this year. Ma and Elias Neibart (20C) will vye for the position in a runoff scheduled for Sunday through Monday.

Zhang said it is important that Ma and Karras support each other.

“Dwight and Mario have been friends and should continue to support one another no matter the outcome of this election, and the board does not see any of the two candidates harboring any malicious intentions toward one another,” Zhang wrote.

SGA Speaker of the Legislature and Senior Representative William Palmer (18C) said the candidates were notified of the decision on Friday night.

“I’m glad that the Elections Board made the correct decision,” Ma said.

When the Wheel asked how Ma felt about his challenge against Karras being dismissed, he said that the challenge was only based on “suspicions.”

During the hearing, Ma said that he only spent $25 on drinks for friends and showed a receipt indicating that he purchased three beers and one pitcher on the night of March 23. Ma also presented a video of Maggie’s co-owner Ivan Faulkenberry who testified on camera that $25 is a low tab for most Emory students and would not be enough to win votes.

Ma did not provide evidence for his challenge against Karras except by noting that two of the four challengers are Karras’ friends. Karras said that he did not create any fake stories about Ma, but he had directed students who told him about Ma’s alleged misconduct to the Elections Board.

Clarification (4/1/18 at 2:19 p.m.): The headline was changed to clarify that the charges were brought against Dwight Ma and Mario Karras.