Ma Under Investigation For Electoral Misconduct 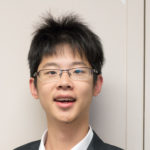 UPDATE (4/3/18 at 11:04 a.m.): The Elections Board has cleared all charges against Ma and Karras. Read about the Board’s decision here.

Dwight Ma (17Ox, 19C), who is running for Student Government Association (SGA) president, is under investigation after four students contacted the Elections Board to report alleged election misconduct, according to Chair of the Elections Board Betty Zhang (20C).

Ma has been accused of trying to obtain votes by buying drinks and offering executive positions. A public Elections Board hearing for Ma is scheduled for Friday, March 30, at 1 p.m., seven hours before voting closes. Voting began Tuesday at 8 p.m.

Ma responded to the challenges Tuesday night by filing a complaint with the Elections Board against another SGA presidential candidate, Mario Karras (17Ox, 19B), alleging that Karras is colluding with the challengers and engaging in “unethical practices” by creating “fake stories” about Ma’s campaigning. Two of the four complaints were made by “close friends” of Ma’s opponent Karras, according to Karras. The other two complainants attended Oxford College at the same time as both Karras and Ma.

Benjamin Pacaja (19B), a friend of Karras, told the Elections Board on March 26 that Ma purchased drinks while “recruiting” people to vote for him at Maggie’s Neighborhood Bar & Grill on the night of March 23.

“Dwight introduced himself to me at Maggie’s and bought me multiple drinks on his open tab while requesting that I vote for him in the upcoming elections,” Pacaja wrote to the Board. “The open tab was clearly meant to cover the drinks of others whom Dwight was recruiting to vote.”

Pacaja told the Wheel that he saw Ma buy drinks for other people, too.

“I approached [Ma] and said, ‘Hey, I know you’re running for SGA [president]’ and he said, ‘Yes, I have an open tab, let me buy you something to drink,” Pacaja said. “He started buying different people beers and pitchers. It sort of occurred to me later on, the next morning, that it was very unethical what he was doing — basically trying to buy votes from people.”

Ma said that he only bought drinks for himself and Pacaja to “show friendship,” as Pacaja and Ma are both friends with Marianne Birkner (17Ox, 19B).

Luke Rodin (19B), a friend of both Karras and Pacaja, emailed Zhang on March 24 to say that he also witnessed Ma purchasing drinks in exchange for votes.

Ma said that although he displayed flyers at Maggie’s, he never offered to exchange drinks for anyone’s vote, adding that he spent $25 total at Maggie’s.

“I didn’t ask for votes,” Ma said. “On my social media, I did say that … ‘Do you want to know why vote Dwight is right?’ Come by and talk to me at Maggie’s … I just wanted to tell people that I would be at Maggie’s.”

Elias Neibart (20C), who is also running for SGA president, told the Wheel that he saw Ma inside the bar on Friday night but he did not see Ma buy drinks for anyone.

“[Ma] mentioned that by voting him into office he would be more partial to the people in that room for appointed positions under him,” Anand wrote to Zhang.

Guo wrote to the Elections Board that Ma offered him a position via Facebook Messenger, which Guo said constitutes a violation to the University Elections Code.

“If you are interested in joining Emory SGA … I am very welcome you to apply for appointed position,” the messages from Ma to Guo read. Guo did not provide any other evidence to the Elections Board, but he told the Wheel that he thought Ma’s messages constituted “bribery.”

Karras said he was disappointed to hear about the allegations against Ma.

“I’m disappointed to see that he hasn’t been complying with the elections rules,” Karras said.

In Ma’s challenge against Karras, Ma points to the fact that Pacaja and Rodin both support Karras, saying that none of the challenges come from “a neutral person or someone who has ties to Elias.” Pacaja and Rodin have both endorsed Karras on their Facebook pages.

“All of these claims are absolutely false,” Ma wrote. “[Karras] is trying to create fake stories simply to hurt my election chances. Considering he is someone who was almost fired and chose to quit from Oxford SGA, I am not surprised. This is the most unethical thing I have witnessed at my time at Emory.”

Karras said the allegations against him in Ma’s challenge are false.

Ma told the Wheel on March 28 that he would drop out of the election if Karras dropped out as well to avoid divisiveness in the election. Karras did not respond to the Wheel’s request for comment on Ma’s offer.

Zhang said that the hearing is being called because there are multiple accounts of election misconduct. A hearing will determine if the challengers are acting on the basis that they are supporters of Karras, she said.