Attend all of your classes. Do your homework. Drink coffee! Run with one earbud out, or risk getting abducted or raped. Never drink anything that your eyes haven’t watched like a hawk. Never walk alone. Do you see the difference? I do.

This is all advice that I have received when people discover that I am about to embark on my college experience. Nationwide, one in four women is sexually assaulted in college. There is no denying that colleges are struggling to deal with a horrific rape problem that has recently come under extreme scrutiny. Schools are reacting in myriad different ways, and none of their reactions are enough to keep their students safe.

One primary reason this problem remains unsolved is the fear of discussing it. The most useful, yet terrifying, piece of advice I learned in the class Personal Self Defense for Women is that if I’m ever in trouble, I should yell “fire” and not “help.” Huffpost Living agrees. Nobody would want to be involved in whatever I need help from, but they would respond to a fire. Maybe if this society were comfortable with talking about uncomfortable issues,  people would respond to the word “help.”

One school that I am proud to say has taken the initiative to stop this epidemic is Emory University. In addition to requiring Haven and AlcoholEdu, Emory has emphasized talking about the issue. The first step to solving a problem is to admit that you have one.

The Brock Turner trial has brought this problem to light. Turner’s trial gained publicity because of the criminally short jail sentence served and also the existence of jail time at all, as most sexual assaults go unreported. A survey at Stanford revealed that 36 percent of Stanford undergraduate women say that Stanford is only “a little likely” or “not likely at all” to hold rapists accountable for their actions. Maybe the criminal justice system needs to take a step back and look at itself. Colleges, too, need to face the facts. The survey also reported that 84.9 percent of sexually assaulted Stanford students were sexually assaulted by other Stanford students. Some are even going so far as to blame the alcohol and party culture for these assaults. While the world fumes about Turner’s conviction and collectively hates Judge Aaron Persky for Turner’s minimal sentence, the problem of rape on college campuses is not going away.

Why are people blaming alcohol? Why did Turner’s trial yield so much publicity? If sexual assault happens all the time, why focus on this trial?

There is no better response to these questions than Stanford Law Professor Michele Dauber’s tweet: “Sadly @Stanford appears to agree with #BrockTurner that ‘alcohol’ and ‘party culture’ are to blame for his conduct.”

Stanford’s reaction to such a high profile and universally relevant case has been nearly nonexistent. Vice President of Stanford University Communications Lisa Lapin said, “We have made many improvements to sexual assault processes at Stanford, but no, none are in direct response to Brock Turner.”

Emory has also banned first-year students from fraternity and sorority parties until Sept. 7 to try and shield us from those volatile first few weeks of partying. During orientation, we discussed the rape epidemic, and while we were uncomfortable talking about it, I personally feel better knowing it has been discussed. We need to form a society where more than just 2.7 percent of sexually assaulted people report it. This problem will never be solved if we do nothing but hope for its demise and sweep it under the rug.

It would be expected that Stanford, where Turner attended school, would be working relentlessly to solve this horrific issue; however, they are not. Stanford has, in other news, banned hard alcohol at campus parties for undergraduates. They can have beer and wine, but anything with more than 20 percent alcohol content or higher than 40 proof is off-limits. Hard liquor bottles are restricted to 750 milliliters in dorms and common areas. Stanford Director of the Office of Alcohol Policy and Education Ralph Castro states that this “targeted approach limits high-risk behavior.” Again, alcohol and party culture are not the problem; it’s the people consuming it and using it as a scapegoat that we should be targeting. Instead of banning alcohol, we should focus on teaching people not to sexually assault others. Stanford should be focusing on helping the people on campus strengthen their understanding of consent and setting consequences for those who fail to obey the concept. Turner should not be able to blame the alcohol and have that claim be greeted by acceptance.

Sexual assault needs to stop, and its prevalence on college campuses needs to be solved. It’s time for colleges to stop running away from the problem.

We Must Prepare Ourselves for Post-Pandemic Life 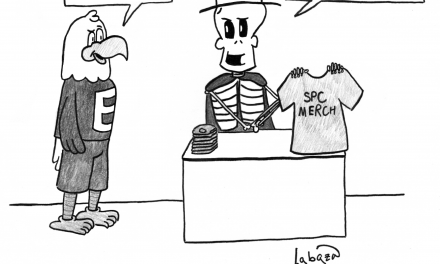 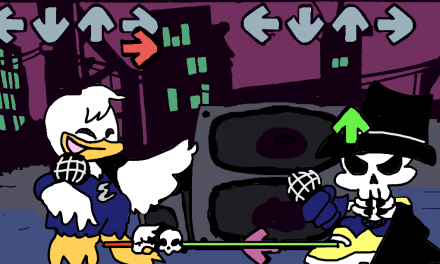