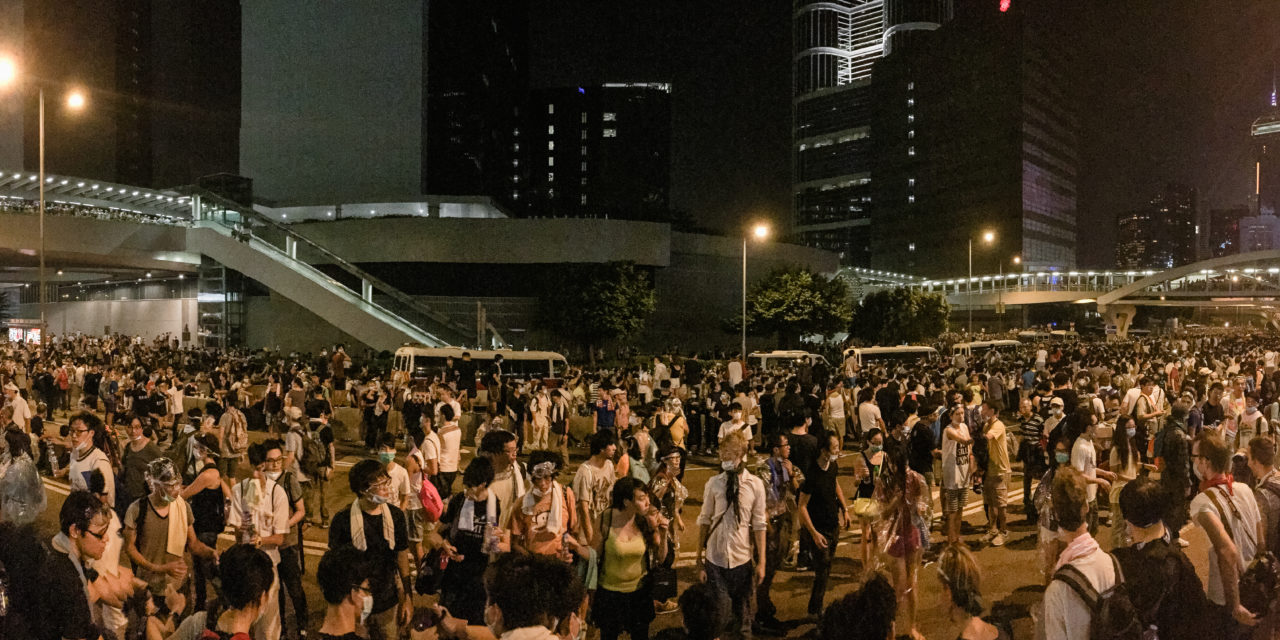 Fifty-three percent. Just 53 percent of eligible voters participated in the 2012 U.S. presidential election, lagging far behind most of the developed world, according to a study from the Pew Research Center. Of particular note is the extremely low turnout among young people. Only 45 percent of people aged 18 to 29 voted in the 2012 election, according to The Center for Information and Research on Civic Learning and Engagement (CIRCLE). With our next presidential election looming, it is crucial to remember the importance of voting. Without making our voices heard in this November’s election and subsequent ones, we are spurning the opportunity to create the future that we want for ourselves.

Across the Pacific Ocean, Hong Kong is a shining example of the positive outcomes of a politically-involved youth. Now you might be thinking, “Hong Kong is part of China right? There’s no democracy there,” but you would be gravely mistaken. Hong Kong and China are different in a multitude of ways. In 1997, after 156 years of British rule, the territory of Hong Kong was peacefully returned to China. Despite this reunion, China and Hong Kong continue to operate under different governments, follow different economic systems, maintain their own immigration policies and border controls and even have their own currencies. This separation is often referred to as “one China, two systems.” Currently, Hong Kong has the right to operate independently of China until 2047, but China has increasingly shown signs of prematurely interfering in Hong Kong’s governance.

Perhaps the greatest  difference between the two regions is Hong Kong’s fully functioning democracy in contrast to China’s Communist Party-controlled government. Many Hong Kong citizens have increasingly accused the Chinese government of interfering in their democratic processes protected by the “one China, two systems” policy. This led to the 2014 Umbrella Movement protests in which thousands of Hong Kongese, including a large proportion of young people, took to the streets, effectively shutting down the city for several days to advocate for greater and maintained autonomy from China, according to Al Jazeera.

In 2014, while Hong Kong’s youth were fighting to protect their democracy from Chinese encroachment, the United States held an election in which many Congressional and gubernatorial seats were contested. That same year that Hong Kong took a stand for the future it wanted, youth turnout in the U.S. election was, according to CIRCLE, an absolutely abysmal 19.9 percent. Over 80 percent of young people in our country decided that they didn’t care enough to vote for the people who would represent them in Congress or the Senate, hardly an admirable showing from the birthplace of modern Western democracy.

Fast forward two years later to 2016, when Hong Kong recently held its first elections for its Legislative Council (LegCo) since the Umbrella protests. Pro-democracy candidates captured 30 of the 70 available seats, a sizable enough portion to veto any constitutional change, with young activists, many of whom were involved in the Umbrella protests, replacing several older members. Many of these newly elected members have vowed to fight influence from China and forge a distinct, possibly even independent, identity for Hong Kong.

Now, once again, the U.S. will hold its own election in November, and our country’s youth should take a hint from their counterparts in Hong Kong. The devotion of Hong Kong’s youth to the preservation of democracy is a testament to the pivotal role the youth in America could play if they would only show more interest. Young Americans often stay home from the polls, expressing disinterest, or, as is increasingly common, disgust, with politics, but when young people don’t participate, the will of the people is skewed in favor of older citizens, who frankly have less time to live policies made today. The decisions made in the political sphere today affect young people the most, as we will face their consequences in future decades.

In the case of Hong Kong, many older citizens, including a large percentage of the members of LegCo, favor closer integration of Hong Kong and China, or even full reunion with the mainland. This, however, considering the immense power that China has, would create an almost certainly irreversible course of integration that Hong Kong’s younger generations overwhelmingly oppose. The participation of Hong Kong’s youth in politics has thus far ensured that their vision of a democratic government is still within their grasp.Conversely, in the United Kingdom, the failure of the country’s youth to turn out for the Brexit vote may have tipped the result in favor of the “Leave” camp. According to an article from the Guardian, about 64 percent of Brits between the ages of 18 to 24 voted, compared to a staggeringly high 90 percent of those 65 and older. The failure of British youth to be as fervent about voting as their elderly counterparts may have deprived them of a desired future in the European Union (EU), especially considering that polls have that the younger generation voted overwhelmingly to stay in the EU.

Especially with a presidential election looming, it is crucial for young Americans to get out and vote. Regardless of what they believe, it is important for them to make their voice heard in an election. As the group with the longest time left on this Earth, we have several decades to live with the decisions that are made today; thus, it is imperative that we make our impact on choosing policymakers. However, a vote doesn’t mean much if it is uninformed. Even among those people who do vote, many do not research the pertinent candidates or issues. Only by making well-informed political decisions can we as a generation secure the future that we want for ourselves, just as the youth of Hong Kong is  doing.