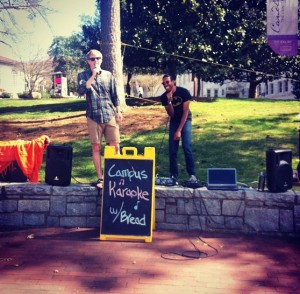 It is nearly impossible to miss the two cheerful gentlemen stationed out in the middle of Asbury Circle week in and week out: you can catch them singing upbeat karaoke tunes on Tuesday and playing Four Square on Fridays. Have you ever wondered who they are? Meet Jay Brunson and Cameron Creech: two guys who work at Bread coffeehouse, located on the corner of Clifton and North Decatur Road. They work with four others at Bread to serve as a campus ministry and free coffeehouse.

When asked about why they come to campus, Brunson explained that their mission is broad in scope.

“We are open to all Emory students no matter what they believe,” he said. “When you walk into our house, one of the first things you see is something we have painted on the wall: ‘We are people who have found peace, hope and joy in Jesus. We are here to love and serve, not to judge or condemn. If you want to know more, please ask! When talk is cheap, our sermon is hospitality.'”

Brunson added that they always have free coffee and baked goods at the house for whoever shows up.

[quote_colored name=”” icon_quote=”yes”]”Part of what [Creech] and I are trying to do is to spread some of that joy around campus.”[/quote_colored]

This joy is apparent to anyone who is strolling around campus on those Tuesday or Friday afternoons. You can find students singing their way to class as they pass the karaoke. Creech and Brunson chose to do karaoke in order to promote an open mic night that Bread was starting, but said they ended up having so much fun with it that they kept it up.

College Sophomore Abby Schreiber, a frequent visitor to karaoke on Tuesdays, described her first experience with the event as overwhelmingly positive.

“Whenever I spot Jay around the Emory campus, my day is guaranteed to get better,” Schreiber said. “I remember one day I was stressed about a quiz. While I was on my way to take it, my eyes fell on Jay and his karaoke machine in the middle of Asbury Circle. Being the performer that I am, I had to stop and sing a song to calm down before my quiz.”

Sure enough, Schreiber said, she made a 90 percent on the quiz.

With the Four Square, “we wanted something that people can join in and be a part of, but also something that doesn’t require a ton of time because we know the students are busy,” Brunson said. He added that Four Square has become quite a hit as students head home from their last class of the week.

In addition to these activities, the staff at Bread is often spotted handing out baked goods throughout the library during the midst of midterms and finals. On other days, they are around campus handing out cookies “just because.” 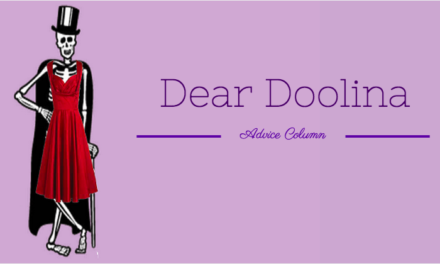